MILWAUKEE -- As Democrats prepared for their last debate before primary voting commences, President Donald Trump was eager to provide political counter-programming in a nearby battleground state. President Trump arrived in Wisconsin Tuesday night, Jan. 14 for a rally in Milwaukee coinciding with the final Democratic presidential debate in Iowa, which holds its kickoff caucuses on Feb. 3.

Near the University of Wisconsin-Milwaukee Panther Arena, multiple groups came together Tuesday evening -- led by the Coalition to March on the Democratic National Convention -- gathering at Red Arrow Park an hour before the rally. Coalition officials said 12 organizations joined them for this protest, and they anticipated thousands of people would participate.

There were multiple protests Tuesday -- with voters hopeful their voices would be heard, along with more than half of the American people that didn't vote for President Trump in 2016. They said voters must unite in opposition against the president, come the November election. 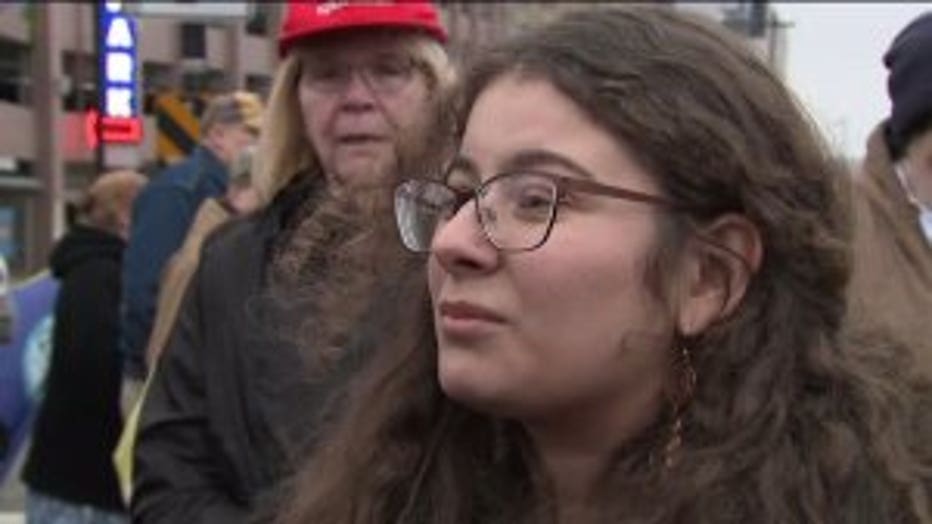 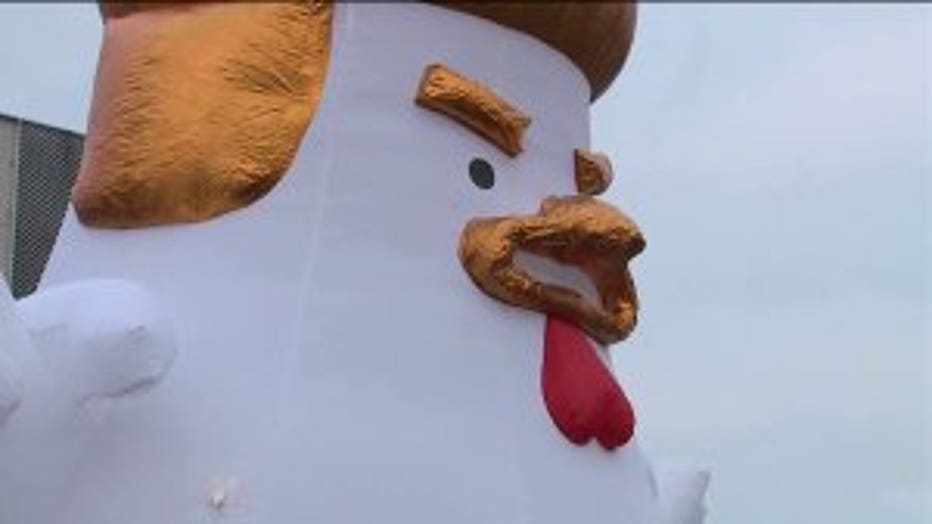 In 2016, President Trump narrowly carried the state, just shy of 23,000 votes, but some said they feel President Trump hasn't listened to the voices of others since his first day in office.

"He's deliberately trying to divide people and he's succeeding, as you can tell here," said Jerry, who didn't want to share his last name.

Jerry said he wants to see people's health care protected, and meaningful action on gun control. He said he's hopeful the political divide can be mended.

"I think people need to be kind to one another and helpful to one another, but the GOP just hasn't taken a single step towards reconciliation, trying to bring people together," said Jerry. 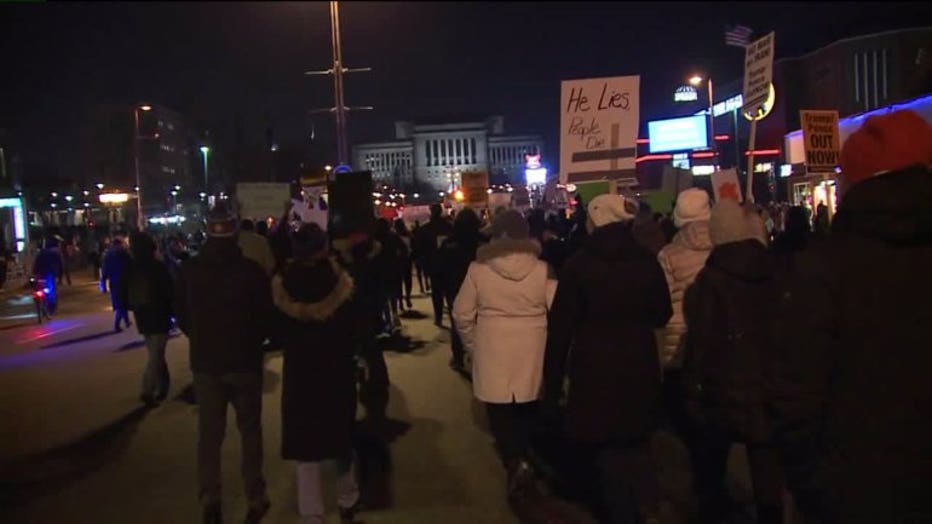 In a news release, Ryan Hamann, a leader of the Coalition to March on the DNC and Freedom Road Socialist Organization, explained the purpose of this protest was "to demonstrate that the people reject President Trump and everything he represents."

“Trump is a racist, sexist, bigoted warmonger," said Hamann in the release. "He has ordered family separation, caged children, promoted violence against immigrants & Muslims, and out-right denies the existence of climate change. Trump is anti-people to the core, and the people of Milwaukee will make it known that he is not welcome here.”