MILWAUKEE — There's a new debate brewing about Wisconsin's alcohol laws, as would-be Wisconsin breweries are setting up shop in Illinois.

Justin Aprahamian is a James Beard award-winning chef who owns Sanford Restaurant in Milwaukee. Last year he set out to apply his experience in the kitchen to beer making.

"Cucumbers are abundant in the marketplace. We're supporting some of our small local farms buying as much cucumber as they can give us and making a beer that you'd want to sit out on the patio and drink 20 of potentially," he says.

Aprahamian and his business partner, John Lavelle, contracted with Hinterland Brewing last summer. They made a cucumber pilsner and a rhubarb saison. And got pretty popular.

The next step? Opening their own brewery. It would be called Like Minds. They spent months searching for just the right space in Milwaukee. They were looking for a building where they could brew beer and potentially open a restaurant. But that would never happen — at least not in Wisconsin. 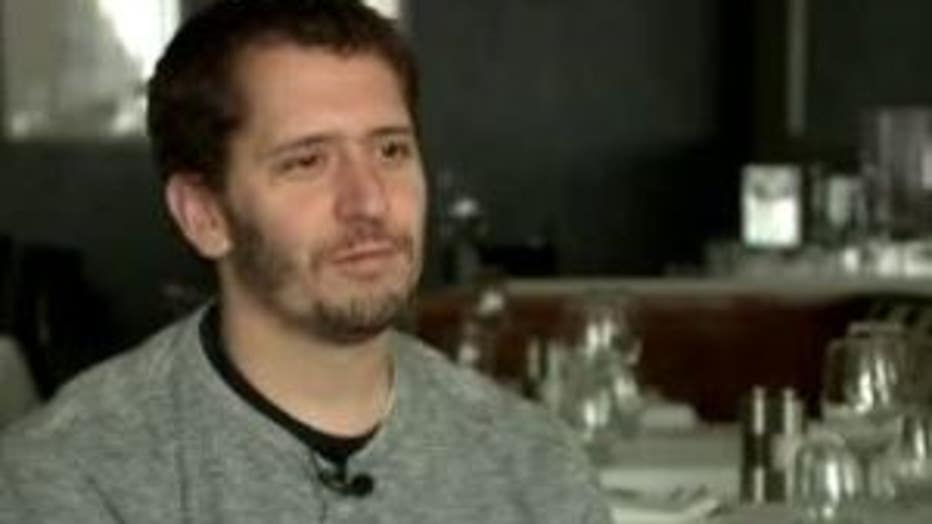 When Like Minds approached the Wisconsin Department of Revenue about opening up shop, they were told they'd have to go to Illinois.

And it's all because of very complicated state alcohol laws. To do business in Wisconsin, Like Minds would have to open as a brewpub, instead of a brewery. Its production would be limited to10,000 barrels a year. Like Minds didn't want to limit themselves.

"We were turned away without any real recourse, to try and figure something out," Aprahamian says.

Stephanie Marquis, Spokesperson for the Wisconsin Department of Revenue, says Like Minds could have qualified for brewpub permit, if they had wanted to go that route.

"We want people to grow and expand their businesses in our state, and breweries and brewpubs are on the rise in Wisconsin," says Marquis. "The Legislature has written state law to ensure the alcohol industry remains competitive – and that one manufacturer, distributor or retailer cannot dominate or influence the market. This law has been in place for 82 years, and has been repeatedly reaffirmed by the Legislature, former Attorney Generals, and the courts. We'll continue to help answer questions about these laws to encourage business opportunities in Wisconsin."

Mark Garthwaite is the Executive Director of Wisconsin's Brewers Guild. He says some of Wisconsin's new beer laws are bad for business, especially the ones that have been implemented in the last five years. 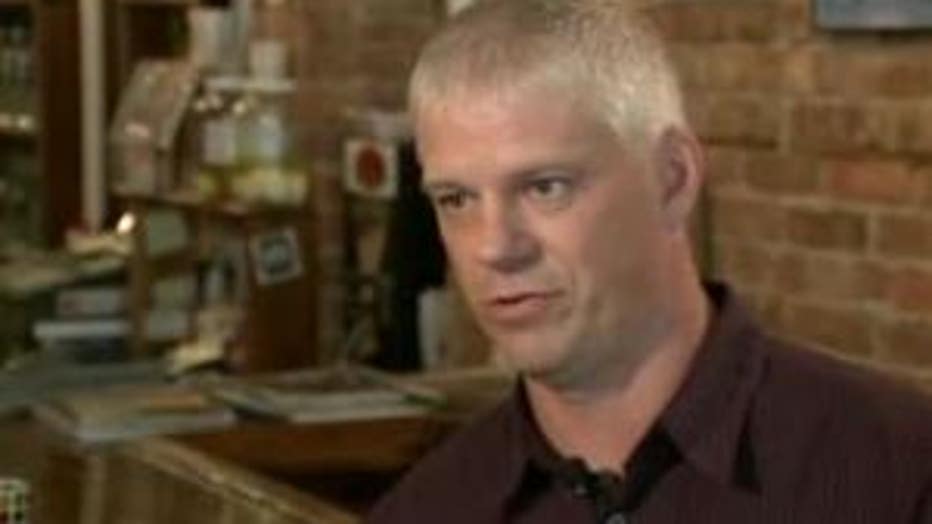 "The idea of losing our entrepreneurs to our neighbor to the south is a little hard to swallow," he says.

"The three tier system has been in place since 1933 and for 78 years, a brewer could hold two Class B licenses issued by municipalities which successfully maintained a balance among the tiers that had worked very well. Good law was turned on its head in 2011 when the ability to hold those local licenses was stripped away which created the minefield of predictable and unnecessary licensing conflicts that we see today," Garthwaite says.

So why is the b 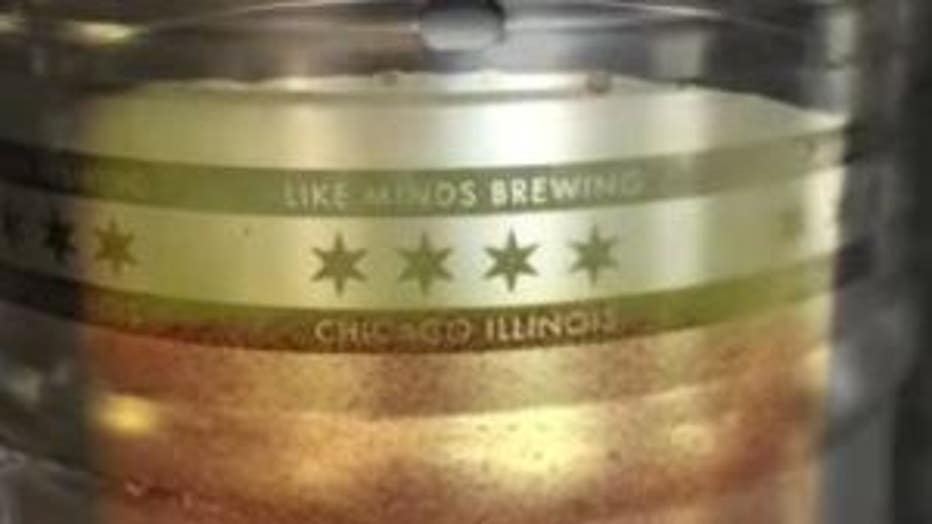 Beer industry experts say it's not exactly on purpose.  Wisconsin's alcohol laws have been around since prohibition (known as the three tier system) and they were specifically written to keep people who make beer, distribute beer and sell beer— separate.  In other words, to prevent a monopoly.

Given that the makers of Budweiser and  Miller just agreed to merge, it's an irony not lost on Like Minds.

He says he supports the three-tier system, but changes in the law in 2011 have made it harder for new craft breweries to set up shop.

Because Aprahamian owns Sanford Restaurant, which has a retail liquor license, he can't also own a brewery. A lot of successful restaurant owners are being shut out of the brewery business in Wisconsin, or being forced to drastically change their business plans just to say in-state.

"For many years, Wisconsin always was the beer state. And I like to think that it still is. But the reality is that other states have surpassed us," Garthwaite says. 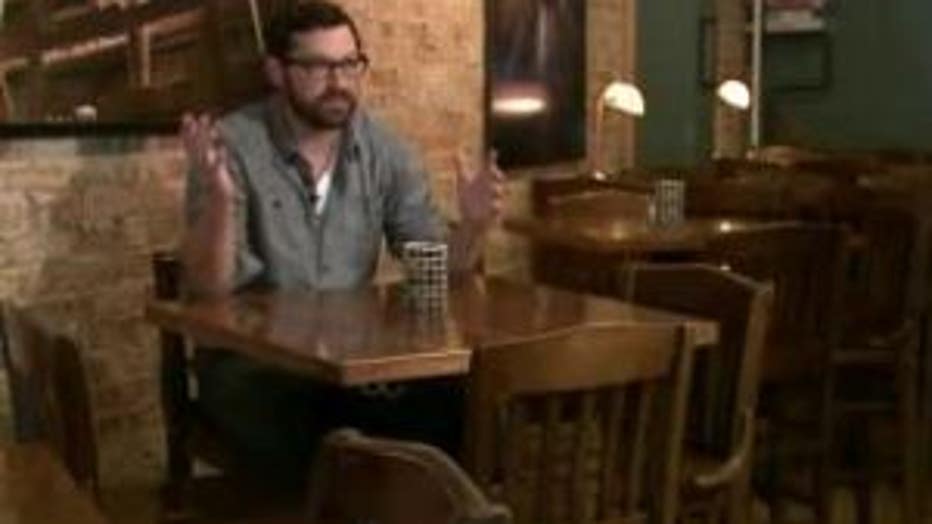 Take One Barrel in Madison, for example. Its owner, Peter Gentry, says his business has been hampered by recent changes in state law.

"We literally brew one barrel at a time," Gentry says.

Gentry was a home brewer before he won a national beer contest and broke into the market.

"It got honorable mention among beers from Sam Adams to Sierra Nevada," he remembers. "I was named among the big boys so I was like, 'Maybe I can do this.'"

Gentry got a brewpub permit and opened up a tiny tap room in Madison three and a half years ago. But his beer has gotten so popular, the brewpub needs to expand.

"Our goal is now to brew substantially more beer and put it out in the marketplace," Gentry said.

In order to brew more beer, One Barrel had to switch from a brewpub to a brewery, and that meant giving up it's liquor license — and about 10 percent of it's revenue.

"The state really hampers us new businesses which really goes against this open for business mantra," Gentry says.

He says as the beer industry changes, so should the laws. And he doesn't feel craft breweries should suffer when they to need to grow to keep up with demand. 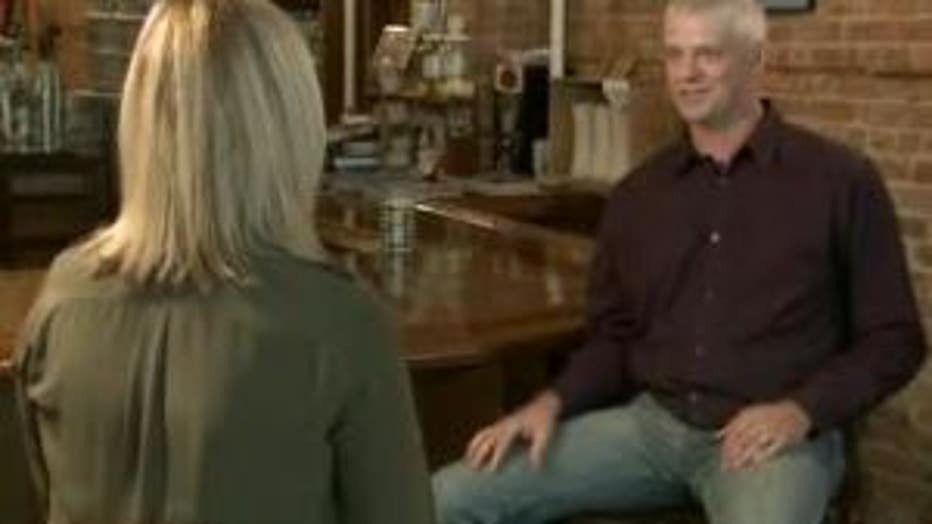 "It's disappointing to see that we would not embrace young entrepreneurs who are doing really exciting things," Garthwaite says.

Aprahamian and Lavelle have moved on — to Chicago. Their brewery, Like Minds Brewing, has already started making beer.

But don't expect to be able to buy it in Wisconsin.