A developing story as attorneys for the family of a man who died at an off-duty Milwaukee police officer's home earlier this year released a 911 call from the incident. 25-year-old Joel Acevedo died at the hospital. His death was at the center of a number of marches for justice over the summer.

MILWAUKEE - A developing story as attorneys for the family of a man who died at an off-duty Milwaukee police officer's home earlier this year released a 911 call from the incident.

25-year-old Joel Acevedo died at the hospital. His death was at the center of a number of marches for justice over the summer.

Michael Mattioli resigned from the Milwaukee Police Department and was charged with first-degree reckless homicide in September — a case that is still making its way through the courts. 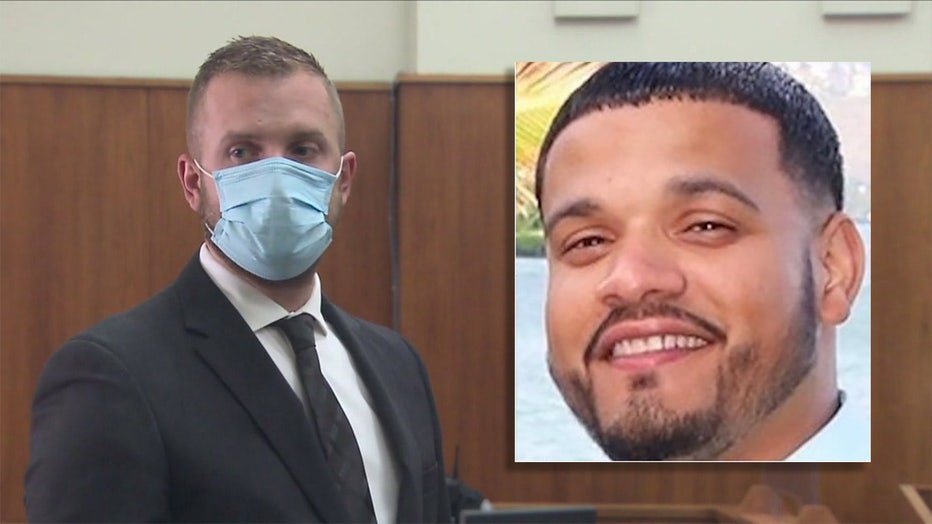 Thursday, Acevedo's parents and attorneys said the 911 call you're about to hear parts of, is just part of the story.

It was a Sunday morning, back in April, when then-Milwaukee Police Officer Michael Mattioli called 9-1-1...

Mattioli: "Hey, I'm a police officer and I need help over at my house."

Court filings say when police showed up to the home at 45th and Cleveland on the city's south side, Mattioli was found straddling 25-year-old Joel Acevedo, who was on his stomach, not breathing and didn't have a pulse.

"We are asking for transparency and it's been long overdue, from the time that it's been released to this family," said B'Ivory LaMarr, the Acevedo family attorney.

In a press conference Thursday, attorneys for Acevedo's family released a long-sought-after 911 call from that morning...

Dispatcher: "What is going on there?"

Witness: "There's a man that attacked us. At a police officer's house, attacking us." 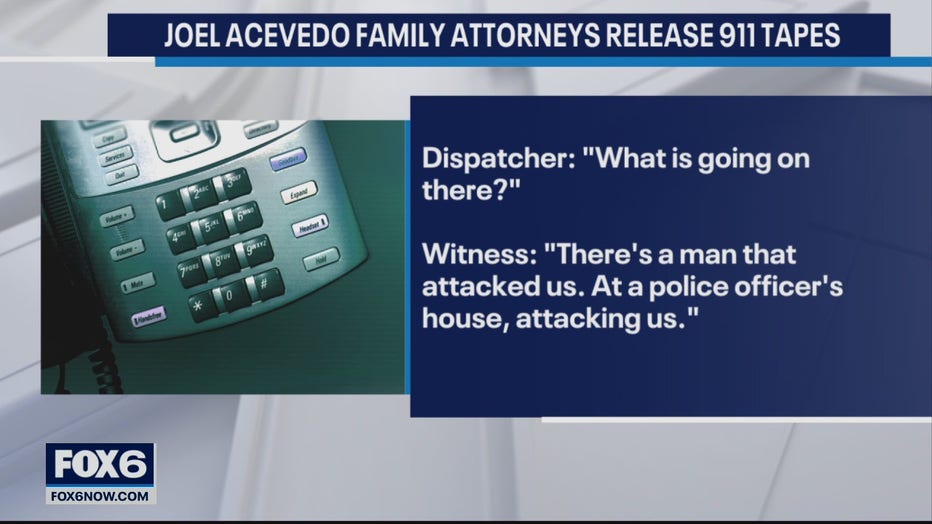 Another man at Mattioli's home is now on the phone with the dispatcher.

Witness: "The man that's attacking us is Joel."

Dispatcher: "You said Joel, is he white, Black, Hispanic or Asian?"

Court filings say Mattioli told investigators he had people over for drinks and woke up to find Acevedo going through his pants pockets, and told him to leave. And that Acevedo denied stealing and punched another man as he left. That's when Mattioli got on top of Acevedo and called 911.

"What we want is the truth to come out. We want justice for my son Joel," said Jose Acevedo.

The Acevedos claim the whole truth behind what happened hasn't been revealed. The family is still seeking the release of body camera video that they have seen.

"As a parent, you see your kid's life choked out -- it's very hard that you have to swallow that," Jose Acevedo said.

The District Attorney's Office is not commenting as the case against Mattioli is still ongoing.

Attorneys for Mattioli did not respond to messages for comment.

A motion hearing is set for this coming March.