“We need change:” Hamilton family, Coalition for Justice rallies in Milwaukee in solidarity with Robinson family

"We need change:" Hamilton family, Coalition for Justice rallies in Milwaukee in solidarity with Robinson family

MILWAUKEE (WITI) -- The "Coalition for Justice" organized a rally in Milwaukee on Wednesday evening, May 13th. It was an opportunity for folks to stand in solidarity with the family of Tony Robinson and other supporters -- one day after the Dane County District Attorney announced no charges would be filed against the officer who shot and killed Robinson. 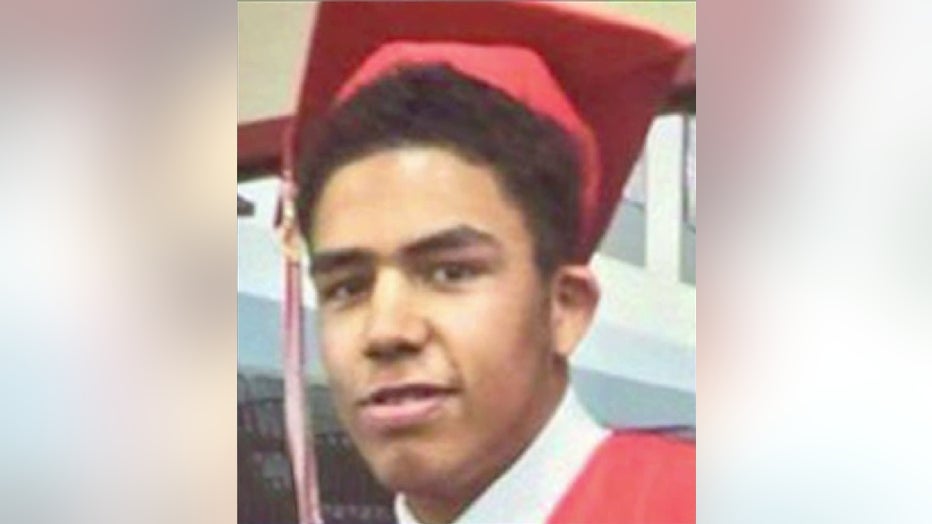 The Coalition for Justice has held several rallies and protests in response to the Dontre Hamilton shooting -- which took place at Red Arrow Park. Hamilton was fatally shot by former Milwaukee Police Officer Christopher Manney. After a lengthy investigation, the Milwaukee County District Attorney decided the shooting was justified. That was also the conclusion in the Robinson case.

Those who took part in the rally say this was about standing up against what they see as injustice.

Some of those who marched in Milwaukee Wednesday evening rallied in Madison earlier in the day.

Organizers in Milwaukee said this was an opportunity to stand in solidarity with the family of Tony Robinson and those who have been protesting his death in Madison. 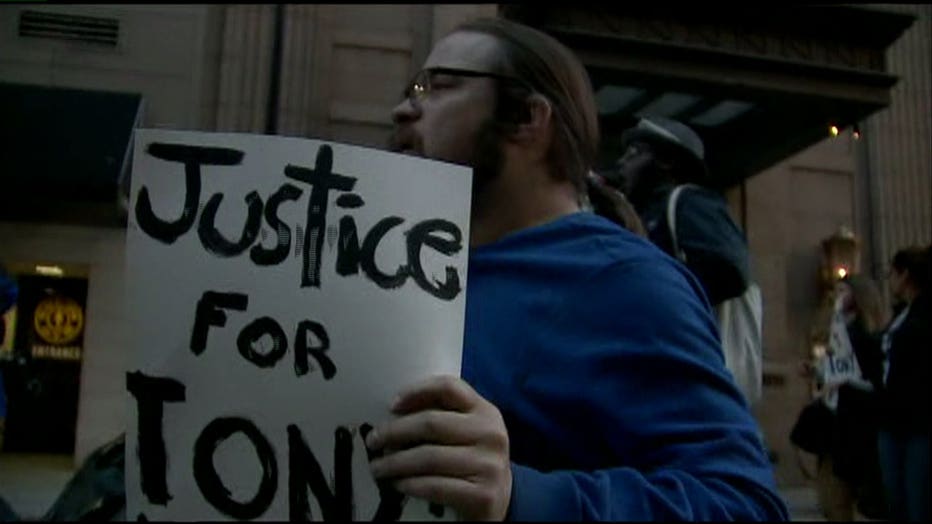 Maria Hamilton said her first thought when hearing the decision out of Madison was: "Oh my God, not again."

She says she is helping Tony Robinson's mother, Andrea Irwin through this trying time.

"I've been where she's at right now, and I can guide her through it," Maria Hamilton said. 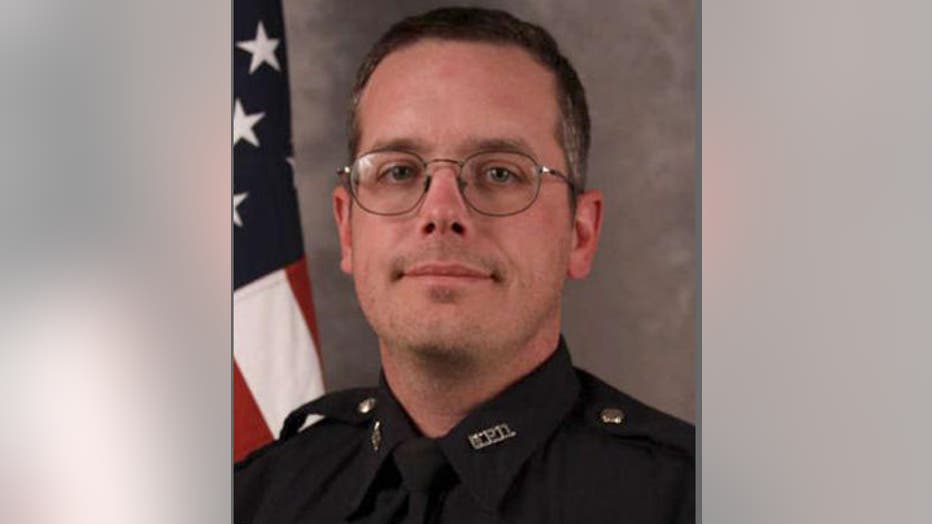 Records show Robinson was high on psychedelic mushrooms, THC (marijuana) and xanax on March 6th. 911 callers reported he had attacked people in an around an apartment home on Williamson Street. When Kenny entered that apartment home, Kenny says Robinson attacked him as well -- punching him in the head with a closed fist.

"That officer could've responded a lot differently.  He went to that house without backup. He placed himself in a position of harm," Dontre Hamilton's brother Nate Hamilton said. 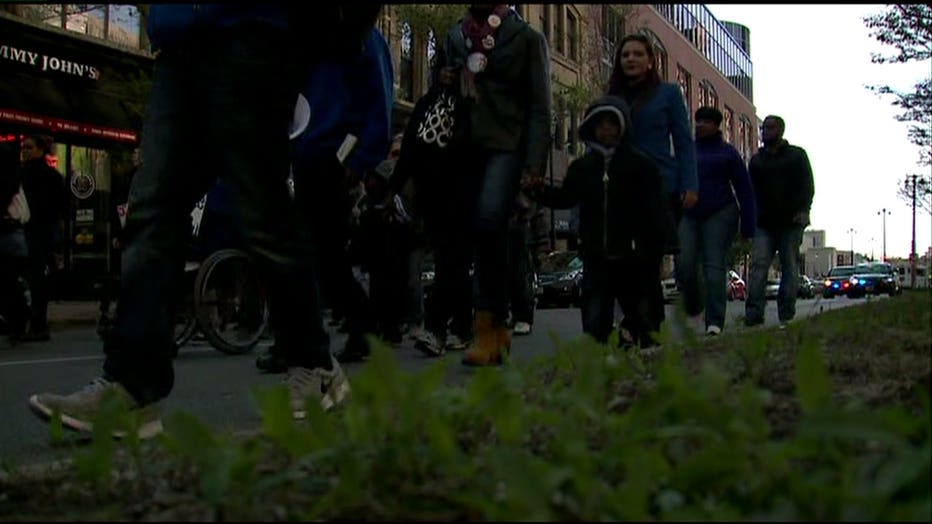 So the Hamilton family and others marched through Milwaukee -- calling for a fix to a system they believe is broken.

"We need change. We need better transparency and we need prosecutors that will do their job. I don't see us stopping any time soon. We need to come out every time we see injustice and stand up against it," Nate Hamilton said.

Maria Hamilton says since she founded "Mothers for Justice United," she's been in contact with at least 250 mothers whose children have been killed under a variety of circumstances.

Maria Hamilton says changing the system begins with encouraging peace in the inner-city. She says she may begin outreach there in the near future. 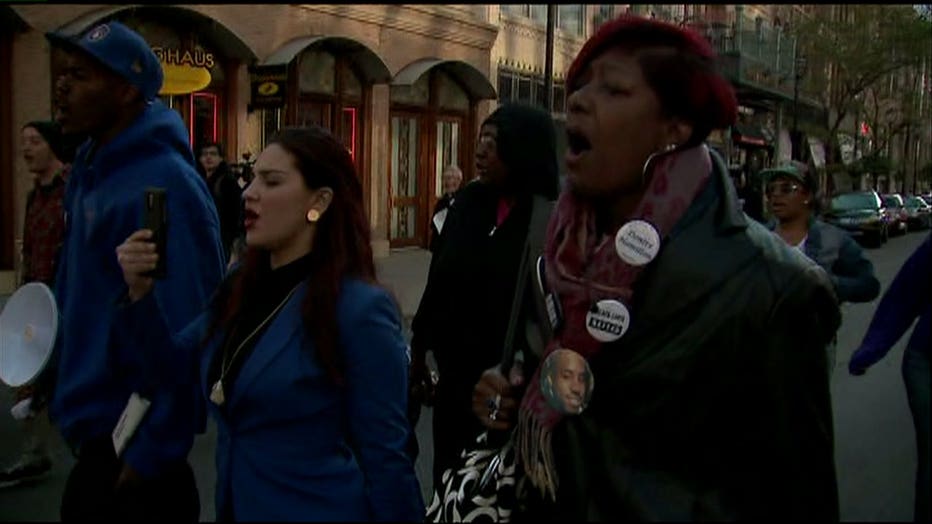