“We hope they catch him:” Four strong-armed robberies in one day! Can you help police?

"We hope they catch him:" Four strong-armed robberies in one day! Can you help police?

GREENDALE -- Greendale police are asking for the public's help in identifying a suspect believed to be involved in four strong-armed robberies that occurred in one day.

All four of these crimes happened on August 6th. 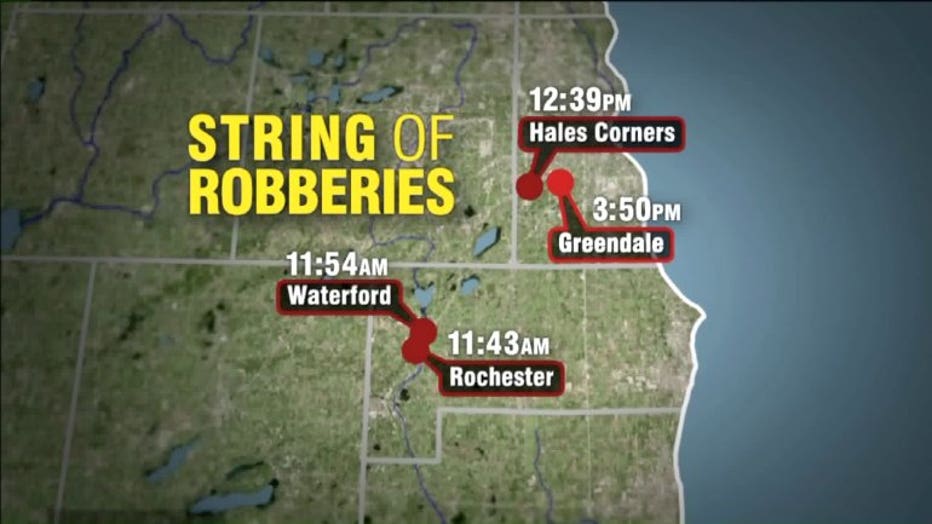 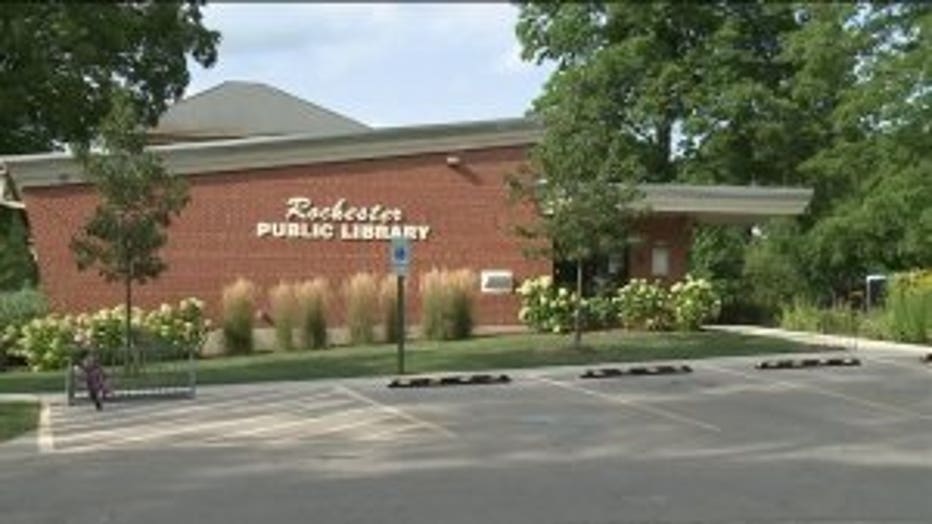 The suspect was described as very tan or possibly Hispanic, standing 5’8 to 5’10. He had black hair -- not a buzz cut, but shorter than shoulder length hair that was curly, and he had scruffy facial hair-- similar to a five o’clock shadow. The  man also had tattoos on his neck, forearms and legs. The suspect was wearing a black T-shirt that was turned inside out, baggie dark blue shorts and a blue “Pabst “ trucker hat.

"You don`t usually think a library is going to be subject to a hold up," Jane Serdynski, Rochester Library circulation supervisor said.

Serdynski tells FOX6 News the suspect approached an employee and asked whether she could make change.

"He handed her a note.  It demanded money," Serdynski said.

Serdynski says the suspect got away with all of the money in the drawer for overdue library books.

"It was just a few dollars in our drawer.  $10 about. We just hope that they catch him at some point," Serdynski said. 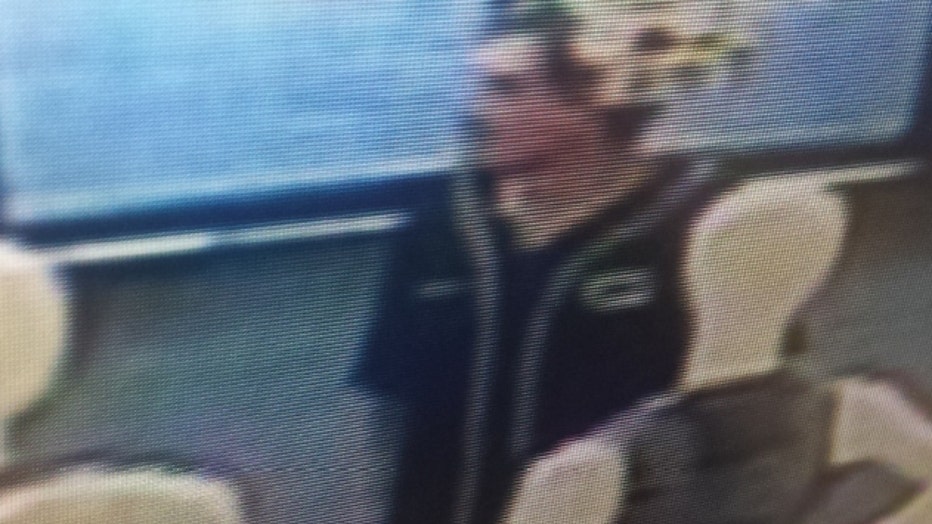 The second incident occurred approximately 11:54 a.m. on that same day.

Police say an elderly woman was leaving the Waterford Public Library, located at 101 N. River Street, when she was approached by what appeared to be the same suspect.

Police say he demanded that she hand over her purse. When the victim refused, the suspect allegedly said “hand over your purse. I have a gun." The suspect fled on foot. 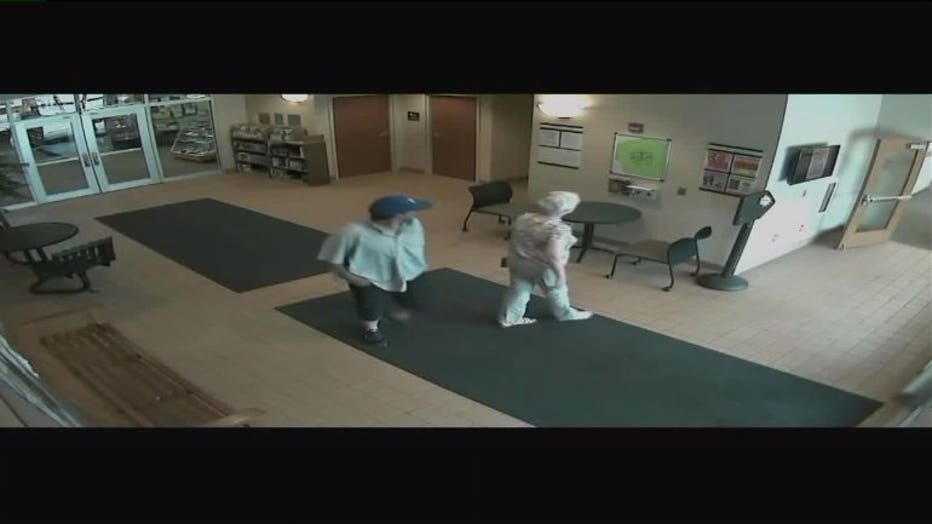 Suspect in string of strong-armed robberies

Investigators were able to obtain video surveillance of the suspect from within the Waterford library. The suspect is described as an adult male, standing 5’8 to 5’10 tall, weighing approximately 200 pounds. 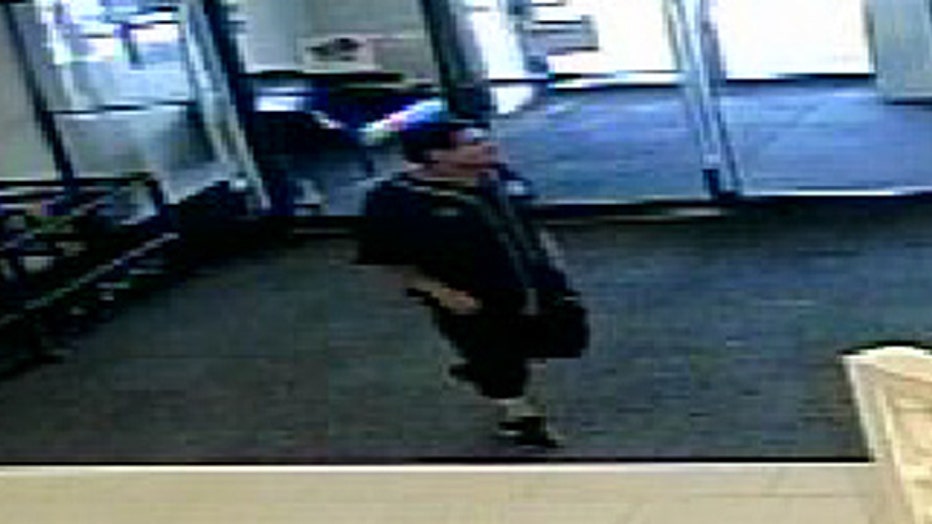 He then told the victim that he had a gun and moved his hand behind his back. The suspect then forcibly took the purse from the girl and fled northbound through a parking lot into a residential neighborhood.

At 12:50 p.m., outside of the Boston Store located at 5300 S. 76th Street, what appears to be the same suspect as the previous incidents approached an elderly woman and demanded that she give him her purse.

When the woman refused to do so, the male suspect grabbed the purse and began to violently attempt to pull the purse from the elderly woman without success. The suspect threw the woman to the ground, causing her to break her hip.

The suspect was observed running southbound through the parking lot.

Police say this man never displayed a weapon during any of these crimes, even though he threatened he had one.

Anyone with any information is urged to contact Detective Julie Barth of the Greendale Police Department at 414-423-2121.