In front of a crowd of fans and facing 17 opponents, the California native far exceeded his nearest competitors, but didn't quite make or pass the 74-dog mark he reached in 2018.

When asked how he felt after the contest, Chestnut said "I feel like I should eat a couple more." 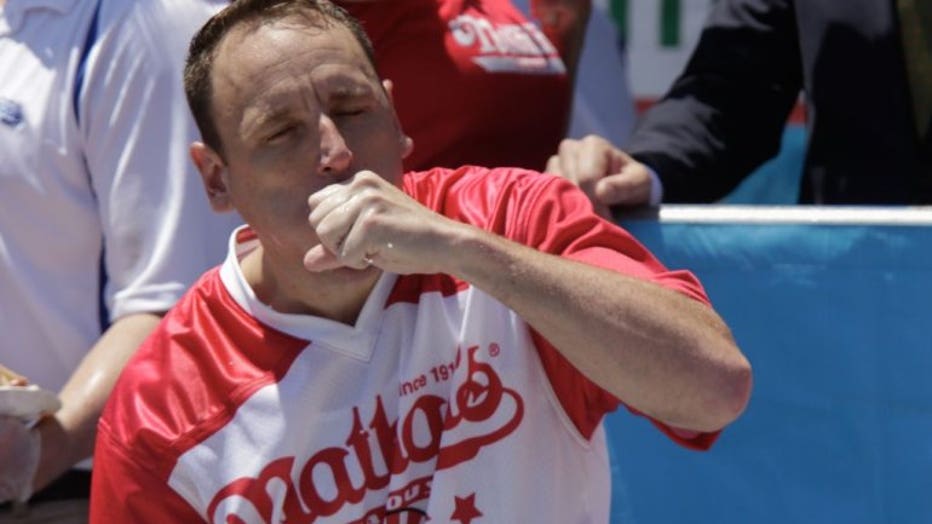 Miki Sudo had already won the women's competition by chomping down 31 hot dogs. She said she felt "wonderful" as she walked off the stage.

The 33-year-old fell short of her total last year of 37 frankfurters but earned her sixth consecutive title by easily beating runner-up Michelle Lesco, who wolfed down 26 hot dogs. 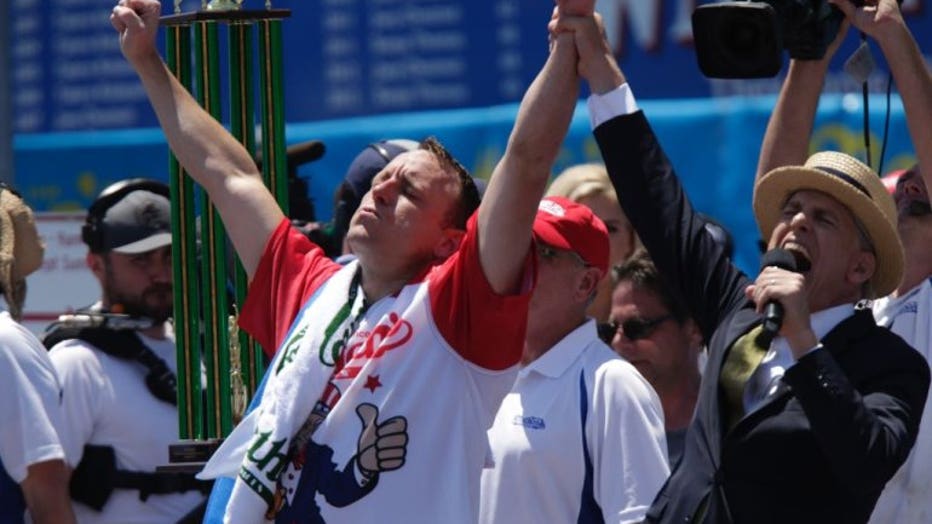 The annual eat-off started in 1972, though the company has long promoted the event with a theatrical backstory that places its start date in 1916.

Chestnut has only lost once since 2007, when he pulled ahead of longtime foe Takeru Kobayashi for the first time. An ESPN documentary released Tuesday features the two former rivals and their extreme training regimens.

"It's not something that there's books written about," Chestnut says in the film, which shows him lifting his head up and down with a weight dangling from his mouth. "There's not trainers. Everything's trial and error."

Kobayashi no longer takes part in the contest.