MILWAUKEE -- Nearly three months since police were called to off-duty MPD officer Michael Mattioli's home near 45th Street and Cleveland Avenue, where Joel Acevedo, 25, was found unconscious, Acevedo's family gathered on the steps of the Milwaukee County Courthouse on Monday, July 13. They demanded that body camera video from responding officers and 911 audio from the morning of April 19 be released.

Mattioli, 32, a 13-year veteran of the Milwaukee Police Department, faces a charge of first-degree reckless homicide in connection with Acevedo's death which prosecutors said happened following a fight inside Mattioli's home on April 19, the morning after the off-duty officer hosted a get-together. Prosecutors said Mattioli indicated he "held (Acevedo) on the ground" after Acevedo tried stealing from him and punched another man in the home. Acevedo died from his injuries at Aurora St. Luke's Medical Center on April 25. His death was ruled a homicide as a result of brain injury due to traumatic strangulation.

On Friday, July 10, the Fire and Police Commission referred disciplinary charges against Mattioli for code of conduct violations related to Acevedo's death nearly two months after taking over the internal investigation from MPD. Mattioli has been on paid suspension from the department since the incident. The disciplinary trial referred by the FPC is the first step toward terminating his employment with the department. The Acevedo family welcomed the decision, but said it could have happened months ago at the hand of Milwaukee Police Chief Alfonso Morales.

"Nobody knows the pain and suffering that we have been enduring when we cry at home, and cry out to God," said Jose Acevedo, Joel's father, as he stood with loved ones, community activists and even strangers Monday afternoon. "This is not about black and white, or Hispanic. This is about a human being's life being taken away. We are all human beings, and we have a right to live." 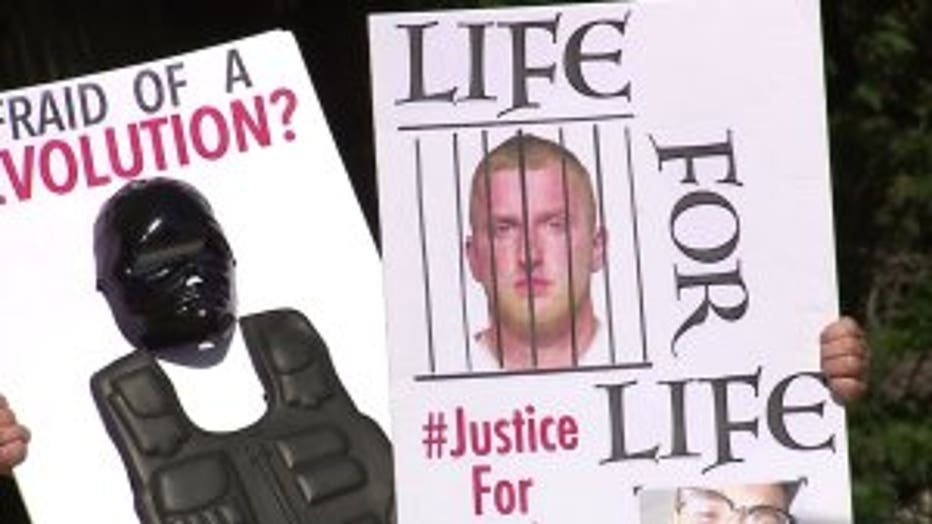 Calls for body camera video from responding officers and 911 audio to be released were heard Monday.

"What are they hiding?" said Christine Neumann-Ortiz with Voces de la Frontera. "I'll tell you, they're hiding the truth."

The group, which has been requesting Mattioli's firing, called the FPC's decision Friday a 'step in the right direction.' 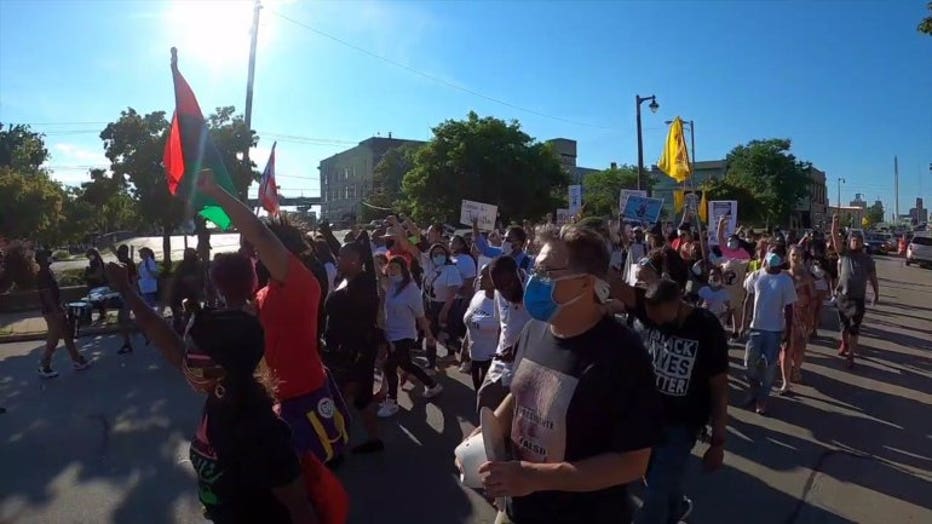 Following the rally Monday, the group took their voices to the streets -- marching to 6th Street and Greenfield Avenue -- where a mural of Joel Acevedo rests.

"We're just taking this moment to grieve with the family, to show the importance of how this impacts communities," said Simone Lewis-Turner. "That could have been my brother, and even though it wasn't direct family, that's still family."

Mattioli was scheduled to appear in court on Monday for a preliminary hearing, but the hearing was adjourned to Aug. 31.  Mattioli wanted to appear for the hearing in person, instead of via Zoom, but the court ruled preliminary court hearings will likely be held virtually for the remainder of the year due to the coronavirus pandemic. 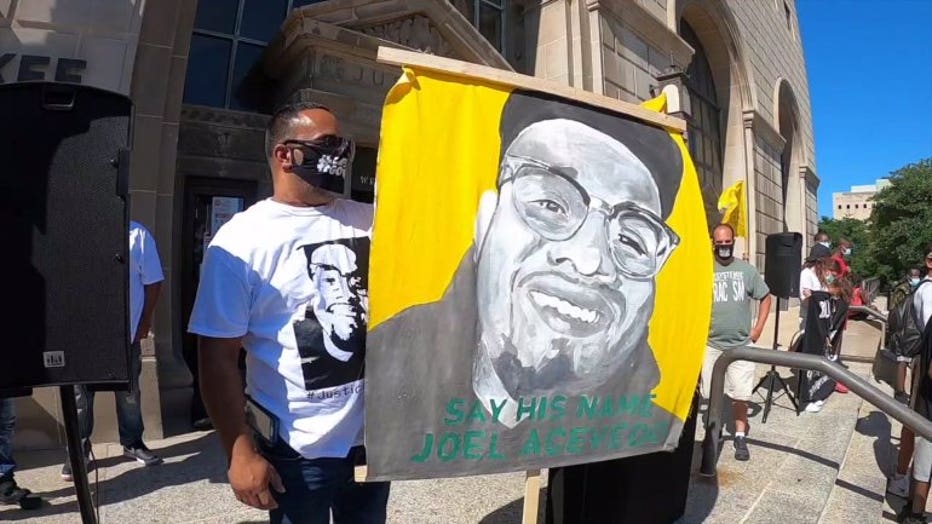