We Energies workers save people daily, but they never imagined they would save a woman from a 75-foot embankment on Saturday, Jan. 14.

MERCED COUNTY, Calif. - We Energies workers save people daily, but they never imagined they would save a woman from a 75-foot embankment on Saturday, Jan. 14.

A team of almost 50 We Energies workers spent days restoring power in central California after a series of awful storms.

When the work was done, part of the Crew members was on Highway 99 outside Merced, driving through some heavy rain to regroup and head home when a white SUV passed by on the left.

"Lost control, hit the inside concrete retaining wall and then catapulted sideways across the traffic lane and flew, kind of into oblivion… It dropped off really steeply off the side of the interstate, and it just disappeared," said Line Mechanic Trainer Mark Schmidt. "I assumed the person was dead. Just the way it catapulted and launched into oblivion."

"We all pulled over, jumped out of the vehicles and ran down the hill to try to remove the individual from the car," said Loth.

The crew used a knife to cut her free and a ladder to get her up to safety. 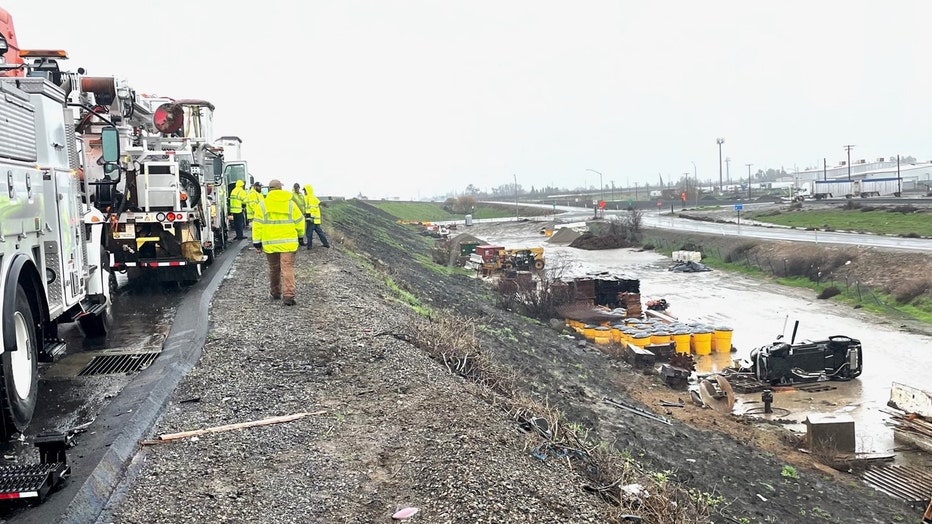 It’s a testament to seatbelts," said Schmidt. "Aside from a bump and a pretty good gash on her head, that’s it. I mean to see what that car looked like, you would have for sure thought she had catastrophic injuries."

Crew members were getting the driver into one of the trucks to wait for paramedics when they experienced another near disaster. Two vehicles on the freeway lost control, collided with each other and crashed into a We Energies bucket truck that was pulled over on the side of the road.

"We had the follow-up accident where two more individuals hydroplaned to hit each other and then hit our last truck in our convoy," said Loth. 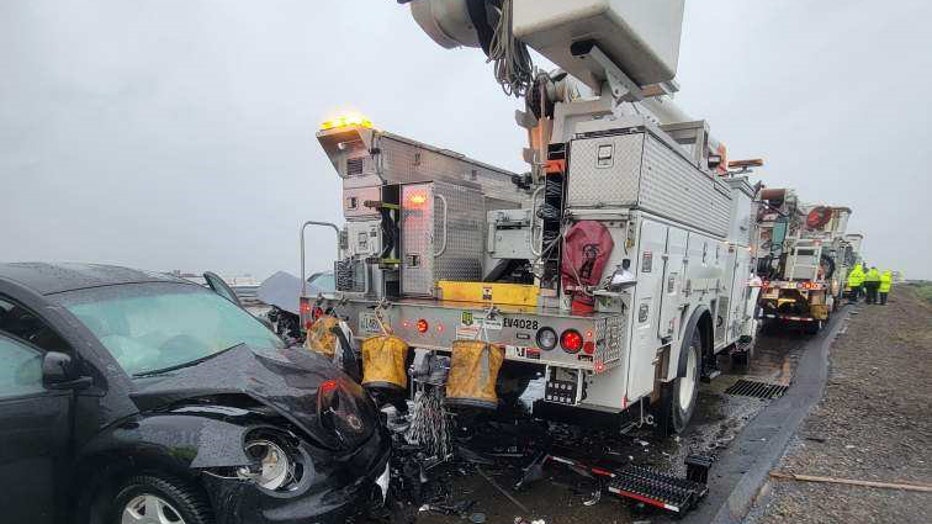 "We went to California to help. Obviously, we did not expect to help in this way, but we are happy we were in the right place at the right time," Loth said.

2,000 miles away from home, they were exactly where they needed to be.