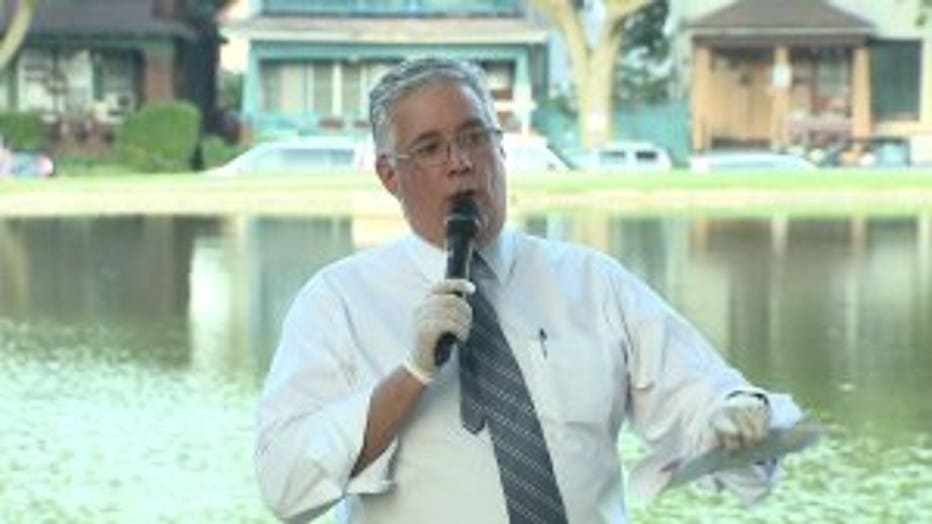 MILWAUKEE -- An Army commander confirmed Monday, July 6 that dismembered remains found last week buried near Fort Hood belonged to Spc. Vanessa Guillen, a 20-year-old soldier who vanished more than two months ago from the Texas base.  Meanwhile, in Milwaukee, a group gathered Monday evening and said they want this case to mean more to future women in the military.

Several hundred gathered in Kosciuszko Park to demand justice for the family of Spc. Guillen.

"We demand an independent investigation," said Darryl Morin, president of Forward Latino. "We demand that there's a place the women in our military can go to to complain about sexual assault and sexual harassment."

Guillen, who had been missing since April, was killed and dismembered by U.S. Army Specialist Aaron Robinson, a 20-year-old soldier from Calumet City, Illinois, took his own life last week, federal and military investigators have said. Cecily Aguilar, a 22-year-old civilian from Killeen, has been arrested and charged with one count of conspiring to tamper with evidence for allegedly helping hide Guillen’s body. 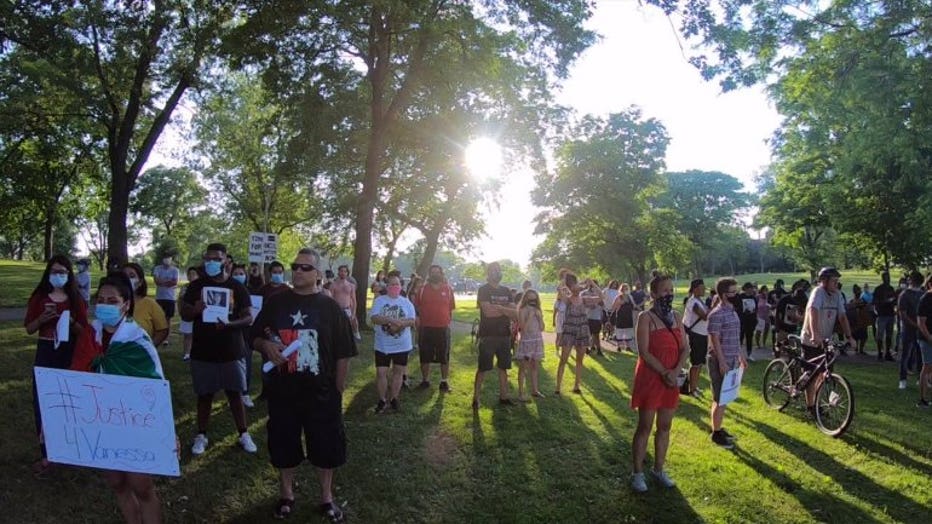 Aguilar made her initial appearance Monday in federal court in Waco, saying that she understood the charge as read. If convicted, Aguilar faces up to 20 years in federal prison and a maximum fine of $250,000. Her next court date is scheduled for July 14.

The human remains were found near the Leon River in Bell County, about 20 miles (32 kilometers) east of Fort Hood. Natalie Khawam, the attorney representing the Guillén family, said Army officials told the family it took longer to identify the remains because Guillén was bludgeoned so terribly that they were unable to use dental records. 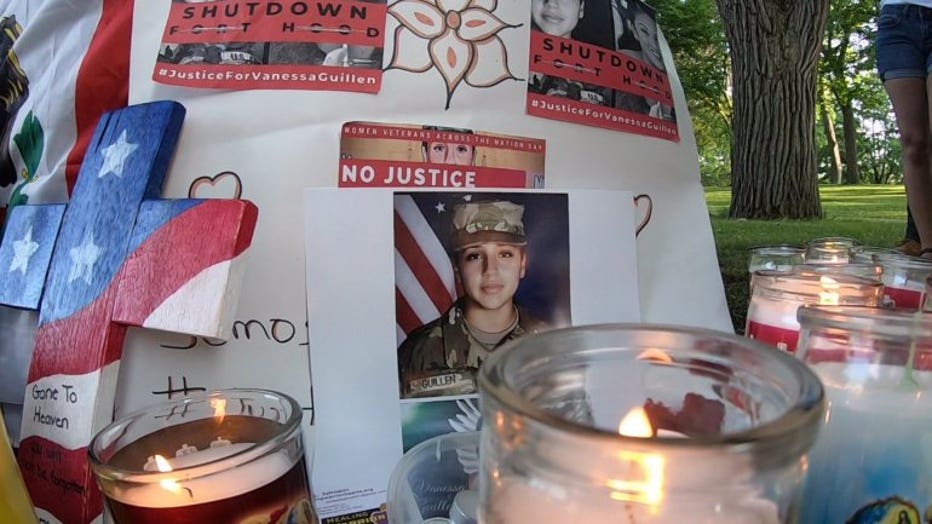 Guillen's family has said she had experienced sexual harassment, but was afraid to bring it up, fearing retribution. Army investigators have said there's no evidence she was harassed or assaulted.

"If they are going to be serving our country and military, they need to be protected," said Blanca Sandoval, mother of a female Marine.

More than 900 miles away from where Guillen's body was found, community members demanded her name not be forgotten -- demanding Congress conduct an independent and transparent investigation surrounding Guillen's death, and calling on an independent body to be created to allow servicemen and women come forward with sexual harassment and assault claims without fear. 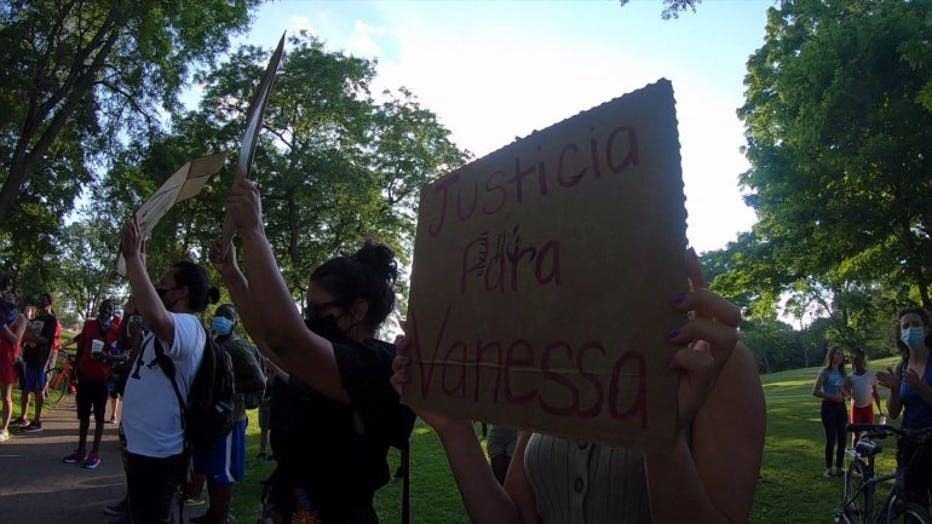 "This shouldn't have happened, and we need answers," said Deisy Espana. "I just don't think we have the full story."

Over the Fourth of July weekend, a University of Wisconsin-Milwaukee lecturer apologized for her social media comments about sexual harassment in the military related to the Fort Hood case. It was later deleted. Betsy Schoeller said her comment was taken out of context.