MILWAUKEE -- Residents citywide wore jeans for a good cause on Wednesday, April 26th, as the City of Milwaukee joined local advocates and survivors to kick off Denim Day Milwaukee. It's a day to support survivors of sexual assault and challenge the myths that surround assault.

"We are all impacted by it and we are all responsible for what we do about it," said Reggie Moore, City of Milwaukee Health Dept. Office. 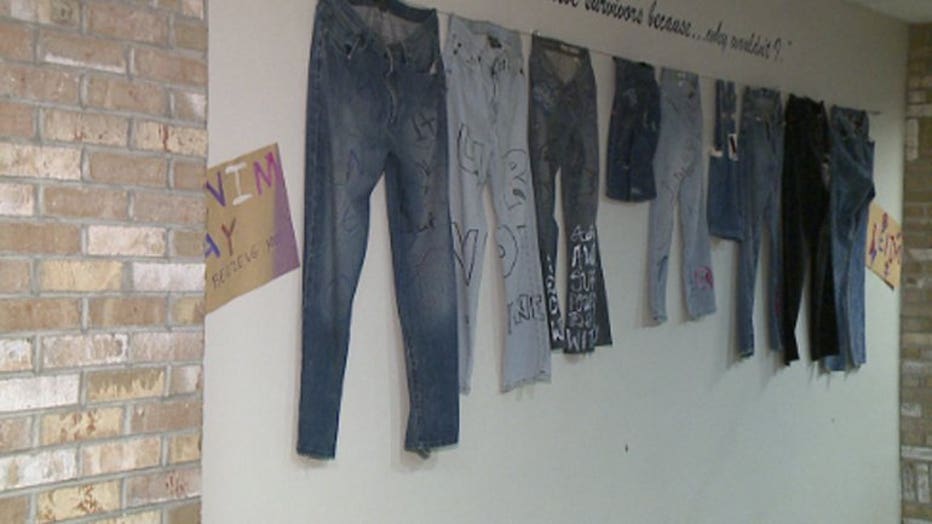 "It's a huge issue that so many people scare away from," said Samantha Collier, Team Teal 365.

An issue the CDC calls an epidemic in the United States.

"Sexual violence hits homes each and every day, every 90 seconds an American is being sexually abused," said Collier.

Denim Day is an international movement. Dawn Helmrich is a sexual assault survivor who brought it to Milwaukee. 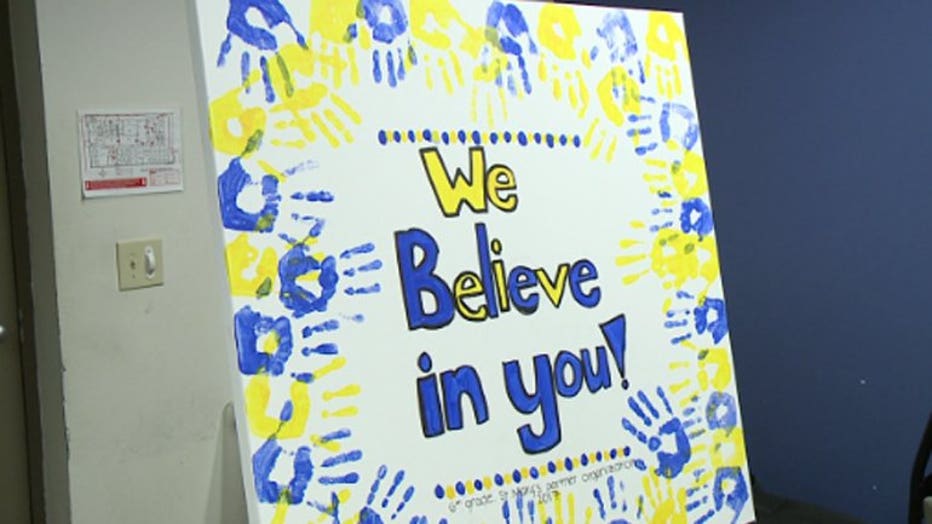 It is in honor of an Italian woman who was sexually assaulted by her driving instructor. Her case was dismissed when the judge decided that because she had on tight jeans, it was not rape.

"Clothing is never an invitation for there to be any perpetration towards anyone for anyone reason," said Helmrich.

The message is on display in downtown Milwaukee this month. Jeans hanging from light poles on Wisconsin Avenue are symbols of hope and change. 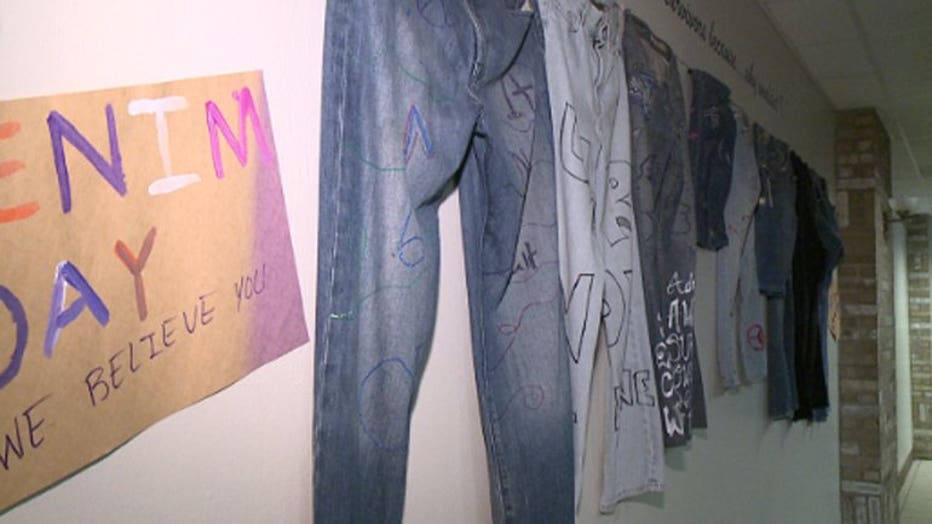 "We cannot be silent, we cannot, we have to take a stand," said Chantia Lewis, Milwaukee Alderwoman.

Participants are encouraged to share photos of themselves wearing denim on social media using the hashtag #DenimDayMKE.