WAUWATOSA, Wis. - A Wauwatosa neighborhood is committed to having winter fun by forming and using ice hockey rinks at Center Street Park.

"Today is the 'Mid-Winter Classic. It’s our seventh year putting it on," Derek Neupauer with the Center Street Hosers said. "It’s a hockey tournament just here in the neighborhood."

As fans stayed warm by the fire Saturday morning, dozens of hockey players faced off in a classic pond hockey format.

"This is actually my first time playing in the tournament. It’s very nice to get back on some ice," player Matt Neijdl said. "I enjoy how intense it is, but also at the same time it has a lot of camaraderie." 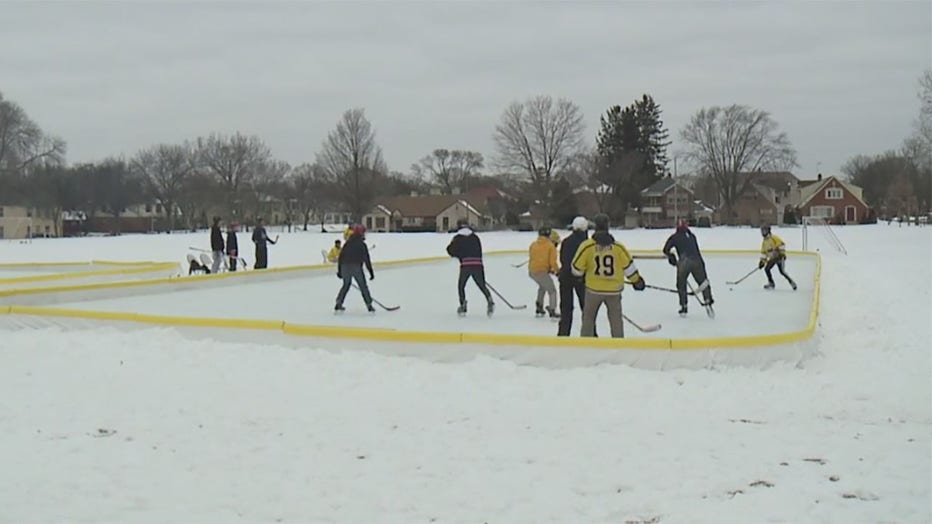 "No one is out here fighting. It’s a great way to stay active and have fun," said Neupauer.

Neupauer and the Center Street Hosers organizers the event and said proceeds go directly to supporting the ice rinks – using sticks, pucks and Mother Nature to make a difference in their community.

"It helps keep these rinks up and running. They get used by all the kids in the neighborhood," Neupauer said.

The Mid-Winter Classic was canceled last year due to the COVID-19 pandemic, making Saturday's fun even more rewarding for those who took part.

Local girls took to the mat Saturday, Jan. 29 vying to be crowned the first-ever Wisconsin state champion in girls wrestling.