After protests outside Wauwatosa Police Officer Joseph Mensah's home allegedly turned violent, local leaders have shared their side of the story. Mensah himself recently shared his account of events on national television, too.

MILWAUKEE - Officials with the Milwaukee and Wauwatosa police unions held a news conference Thursday afternoon, Aug. 13 to discuss the events that led up to the Saturday, Aug. 8 protest outside a home in Wauwatosa where suspended Officer Joseph Mensah was staying -- and "failed political leadership." Meanwhile, Wauwatosa's mayor announced Thursday protesters will need a permit -- amid continued calls for Mensah's firing.

Police union officials said 72 union members were polled, and of them, 70 responded -- with 100% indicating they do not feel Wauwatosa Mayor Dennis McBride has supported them. 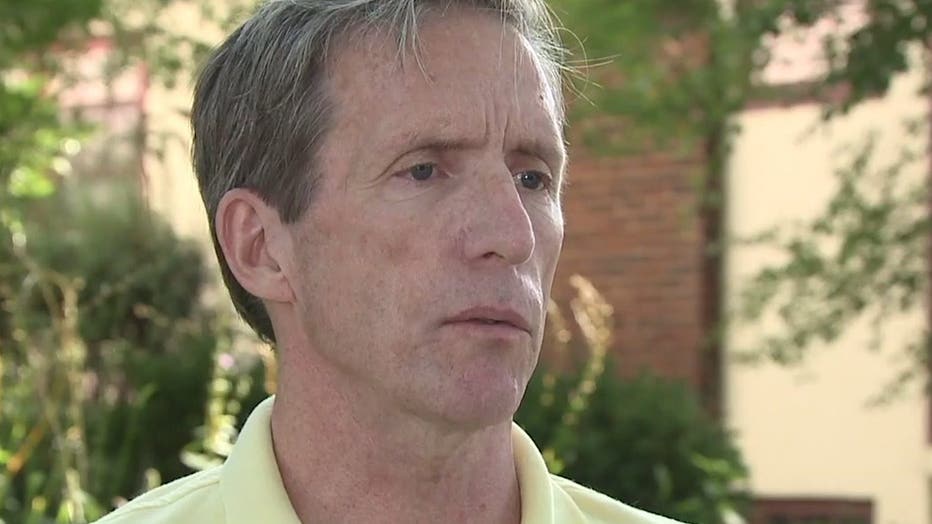 Meanwhile, 99% indicated they have no confidence in Mayor McBride's leadership, and 99% said they do not feel they have the support of the Common Council.

According to the poll, 94% of union members would not encourage someone to apply for employment with the Wauwatosa Police Department, and 81% said they're considering employment elsewhere, or retirement, with union officials noting that's four out of five WPA members seeking to leave due to what they said is "failed political leadership," and the consequence of "politically motivated action that ignores the facts and denies due process," which has "affected all of our members."

In response, Mayor McBride issued a statement Thursday, laying out plans for "stricter enforcement of our laws," amid "continuing protests" "for almost three months." FOX6's cameras captured protesters near the mayor's home Wednesday night, and the mayor said they were also near the home of a member of the Wauwatosa Police and Fire Commission.

“They can protest peacefully at city hall at the police station but they shouldn’t be going to private residences," said Mayor McBride. 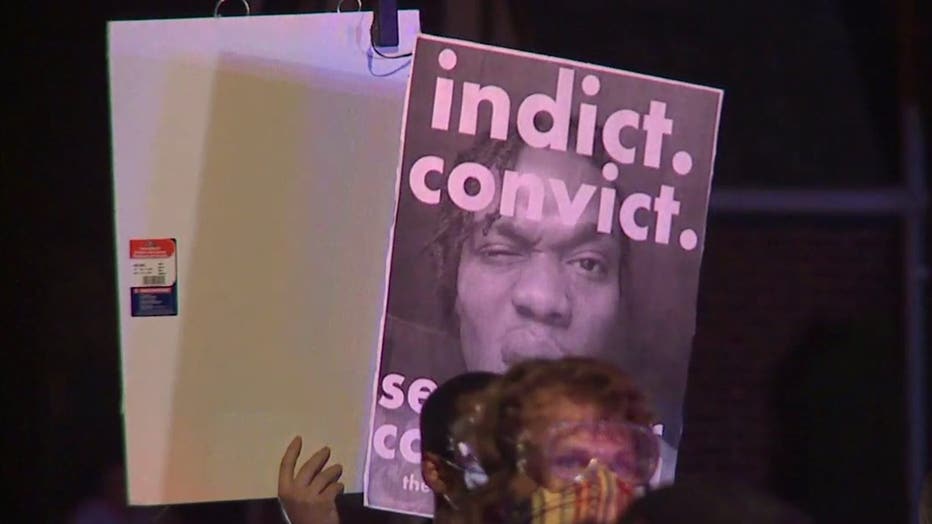 The mayor's statement is as follows:

"For almost three months, Wauwatosa has been the site of continuing protests.  Protesting is a right guaranteed by the First Amendment to the U.S. Constitution.  The City of Wauwatosa has always supported and protected peaceful protests.  Nevertheless, the U.S. Supreme Court has made it clear that that right is subject to limitations:  protests must be peaceful, and communities may impose “time, place, and manner” restrictions on them.   Though many protests in Wauwatosa have been peaceful, increasingly some activities have violated Wauwatosa ordinances and state laws.

"When violations have occurred, the Wauwatosa Police Department (WPD) has made arrests and issued citations, but, exercising forbearance, it has not enforced City ordinances in full measure.  From this point forward, however, to ensure that protests remain peaceful and within the bounds of the law, all Wauwatosa ordinances will be enforced, including (but not limited to) the following: 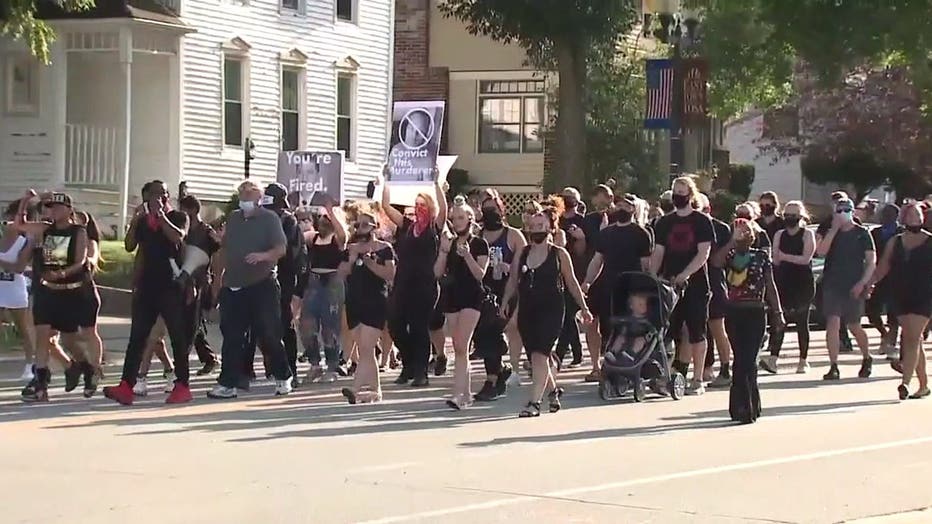 "The stricter enforcement of our laws is intended to restore order and civility in our community. The City will continue to allow protesters to march on sidewalks or in streets if marchers do not obstruct car or pedestrian traffic. For any other protest, however, organizers will be required to obtain a special event permit. Permits will not be granted for protests on private property. Whether or not a permit is required, protests will only be allowed between the hours of 12:00 p.m. and 8:00 p.m.  Failure to comply with these “time, place, and manner” restrictions could result in arrests or the issuance of legal citations.  Failure to obtain a permit when required could result in a forfeiture of up to $1,000 plus any costs associated with the event, such as staff time, barricades, clean up, and more.

"The Wauwatosa Common Council and I have heard the calls for change and we take them seriously. It is our goal to be a model for meaningful change. In recent weeks, the Common Council has banned the use of chokeholds in Wauwatosa, directed the WPD to purchase body cameras, adopted the Metropolitan Milwaukee Association of Commerce (MMAC) pledge to create a more diverse workforce, and scheduled implicit bias training for City staff and elected officials. More change will come.  Change is needed to bring about equity and to overcome the Milwaukee area’s legacy of racism. Peaceful protests can help bring about such change.  Unlawful conduct will not.

"The Common Council and I are constrained by state law from accomplishing all the changes asked of us.  Some members of the Wisconsin Legislature have either criticized our efforts or ignored our calls for reform. State legislators have the unique ability to enact reforms in Madison. I call on our state leaders to work with us to create the lasting change we need to correct the inequities in Milwaukee and surrounding communities. The time to do so is now."

Officer Mensah shares his story after protests outside home

The Wauwatosa police officer who has been the target of recent demonstrations told his side of the story to Fox News, his first time doing so on camera.

The Wauwatosa police officer who has been the target of recent demonstrations told his side of the story to Wednesday to Fox News -- his first time doing so on camera.

Sharing his story on "Fox & Friends," Officer Mensah said protesters came onto -- and did damage to -- his girlfriend's home before they assaulted the couple. However, a state representative who was at the protests on Saturday night said Mensah is not telling the truth. 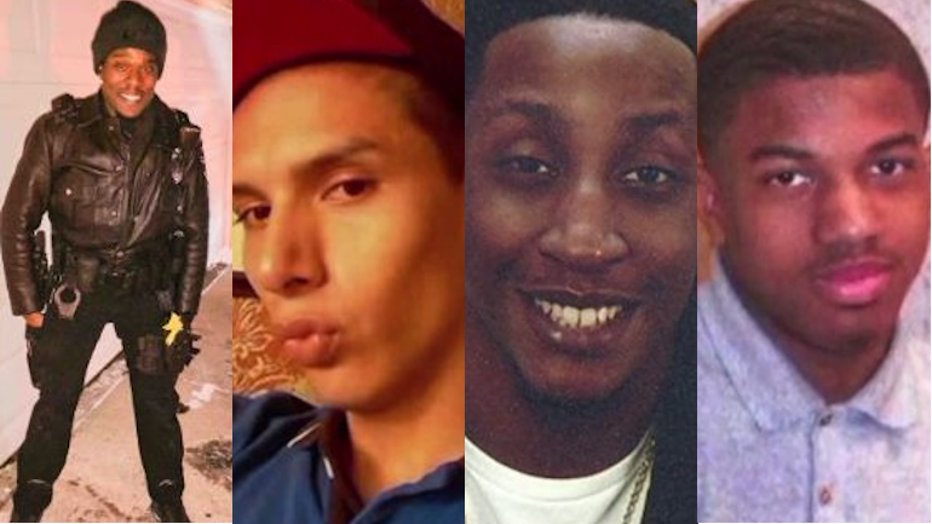 Mensah has shot and killed three people while on duty in the past five years. The Milwaukee County district attorney cleared Mensah of any wrongdoing in the 2015 death of Antonio Gonzalez and the 2016 death of Jay Anderson. The 2019 death of Alvin Cole, 17, is still under investigation.

Protesters want Mensah fired and charged with homicide. They have marched throughout the city and past the home of Mensah's girlfriend several times. Saturday, Mensah said, was the first time he was there.

"We went outside to tell, to pretty much get them to stop," said Mensah. "When we did that, that's when I was assaulted, my girlfriend was."

When Mensah tried to get back into his home, he said, one of the protesters shot at him. 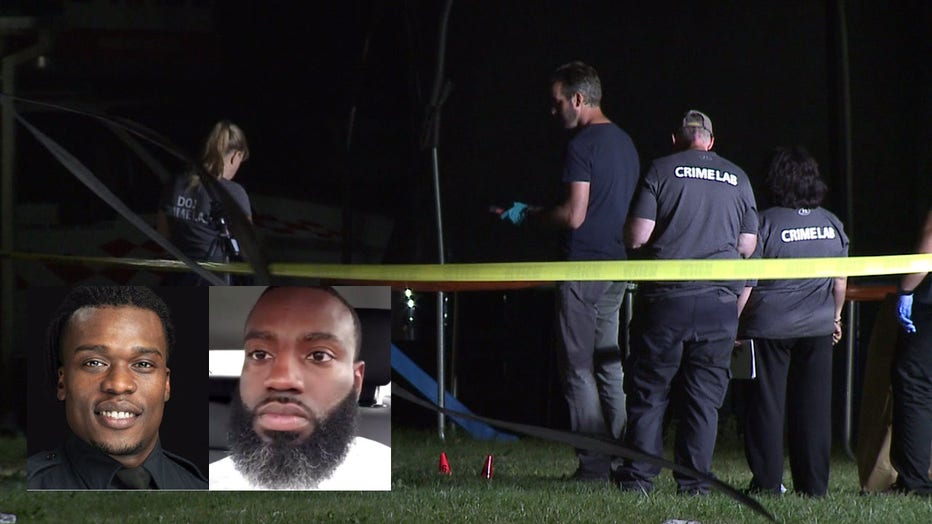 It is a story that State Rep. David Bowen calls a lie.

"The truth...honestly that's the big chunk that is missing," Bowen said of Mensah's account of Saturday's events.

Bowen was at Saturday's protest. He said Mensah challenged demonstrators to fight and sprayed pepper spray at them. The Milwaukee lawmaker told FOX6 News that he believes investigators in the case are not seeking the truth.

"The disturbing way the City of Wauwatosa is moving right now to try and uphold those lies and not use impartiality in investigating this situation," Bowen said, regarding the matter.

"That means he's accusing them of not being professional, which I would disagree with," Wauwatosa Mayor Dennis McBride said. 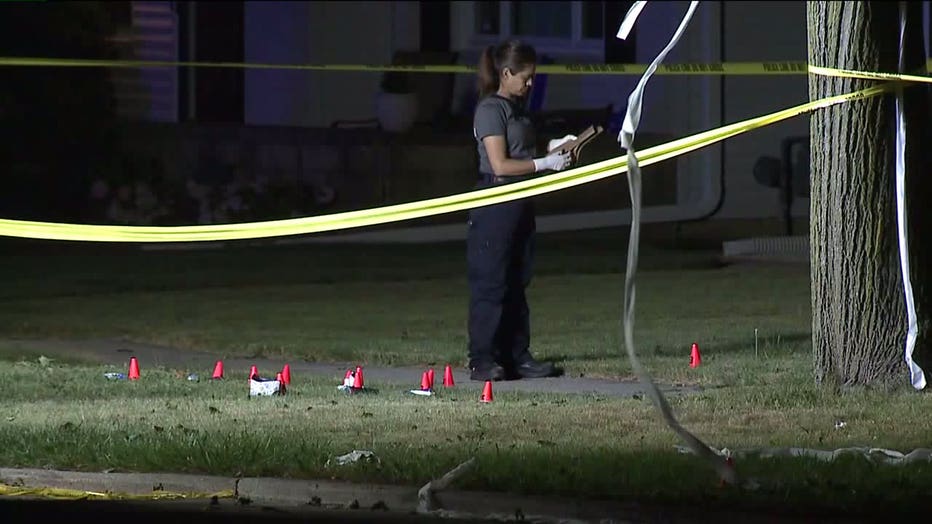 McBride said he is confident in investigators. He is asking demonstrators -- and Bowen -- to let them do their job, and to stay away from Mensah's and all other private homes. FOX6's cameras captured protesters in the mayor's neighborhood Wednesday night.

"They shouldn't be going to private residences. If that had not happened, we wouldn't be having this discussion right now," said McBride.

Mensah wants the same, and, more than anything, to be back on the job.

"We sign up for this to protect people, to serve people. Unfortunately, my city has not allowed me to do that," said Mensah.

Mensah is on paid suspension while the Wauwatosa Police and Fire Commission investigates his shootings. That committee is scheduled to meet again on Friday, Aug. 14.