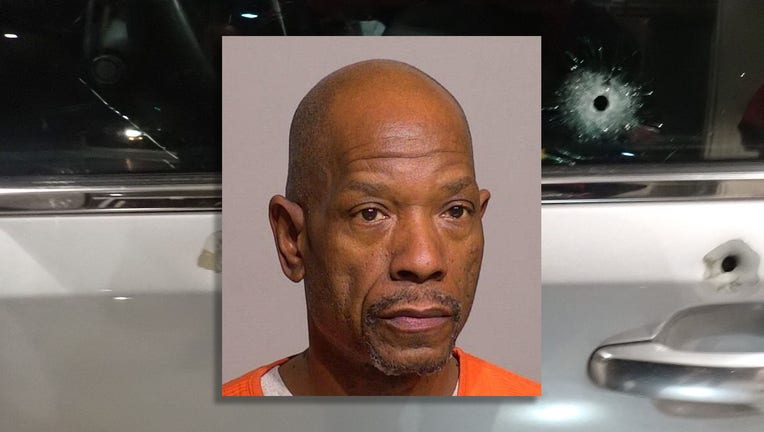 WAUWATOSA, Wis. - Rodney Bradley, 56, of Milwaukee has been charged with attempted first-degree intentional homicide in connection to an April 24 shooting in Wauwatosa.

Authorities were called to the shooting and crash near 77th and Wisconsin just after midnight on April 24.

Officers found that while the victim was driving home from a work, an SUV quickly approached and stopped in front of the victim's vehicle before backing up and causing significant damage.

The driver of the SUV -- since identified as Bradley -- then fired a handgun several times at the victim, breaking glass and striking the vehicle before driving off.

No injuries were reported. Police observed give bullet strikes to the driver's door.

Police later stopped Bradley's vehicle, which was found to have damage consistent with the crash.

A criminal complaint states that the victim and Bradley were previously in a relationship. He had called her 10 in one day before the shooting, so she blocked his number.

The victim told police, according to the complaint, that Bradley had tried to kill her previously. She said he drove onto a sidewalk several times in an attempt to run her over in February. She also said Bradley had previously assaulted her with a rotary telephone.

In addition to attempted homicide, Bradley is charged with stalking and possession of a firearm by a felon.

A preliminary hearing in the case is scheduled for May 6.