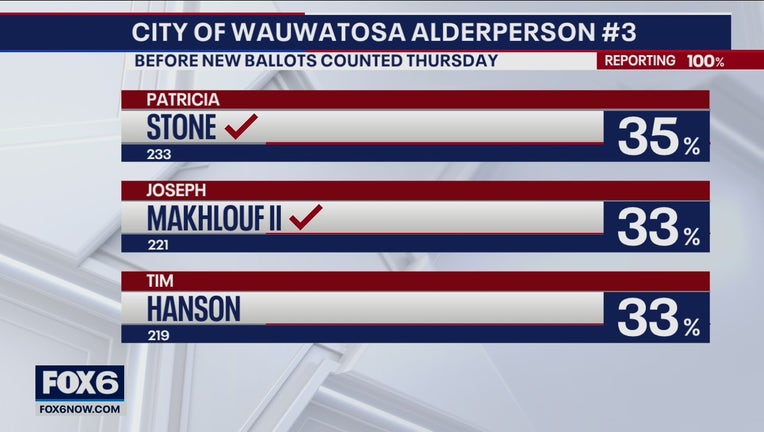 WAUWATOSA, Wis. - There's a twist in the primary race for a Wauwatosa aldermanic seat after city officials say an error caused them to miss and not count 58 unopened absentee ballots.

This will only impact the race in District 3.

All three candidates were separated by just 14 votes.

Twenty-six of the missed ballots were from this district, so every vote could have a major impact.

Green Bay Packers general manager Brian Gutekunst says he’s not giving Aaron Rodgers any deadlines on when to decide on a possible return.