The artist wants to put it on a blank wall that's part of a bar downtown. One parade-goer says that would be a disgrace to the victims.

As an artist, Brandon Fox knows not everyone will like his work.

"We’ve been working on a different design," said Fox. "We have another one to present also." 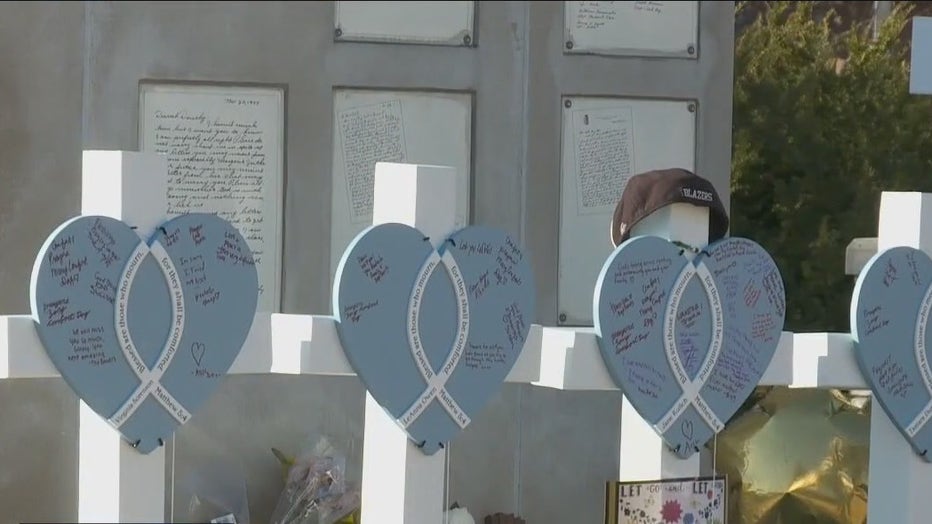 For the last few months, he’s refined his designs for a Waukesha Strong mural downtown.  Fox got permission from the building’s owner.  He also presented his plans in March and again last week to the city’s Public Art Committee.  It was there Fox met Sandy Peters.

Peters took her family to the Christmas parade in November.  They’ve been trying to shake those memories ever since.

"My granddaughter, who is 12, said, ‘I just witnessed a murder,'" said Peters.

She says a giant reminder downtown would be too painful for everyone involved, especially at that location.

"That’s disgusting that it would be on a bar wall," said Peters.

The mural would be part of the Salty Toad, but even that isn’t her biggest gripe with Fox and this proposal.

Two days after the attack, he set up a Go Fund Me account to pay for the mural.  He listed his then-roommate as the fundraiser’s beneficiary. Both Fox and Logan Brandenburg have felony convictions, including robbery, but Fox wants the public to look beyond his record.

Like the empty wall in front of him, Fox says he’s ready for a change, too.

"I’m an artist and try to focus all my time helping out where I can," said Fox.

The associate planner for the city of Waukesha stresses the public is not funding this project. It will be reviewed again by the committee May 3 which will then send its recommendation to the Plan Commission.

Fox says the $600 he’s raised so far is a "backup." He says he’s found a sponsor to cover all costs for the project.

Wisconsin Supreme Court justices questioned whether state law allows voters to give absentee ballots to someone else to return them to drop boxes.