Waukesha student gets probation after bringing gun to school

Waukesha student gets probation after bringing gun to school

Tyrone Smith, now 19 years old, was 17 when he brought the weapons to school. He was sentenced to nine months behind bars, which he has already served in jail.

Judge Paul Bugenhagen gave smith a chance at redirecting the path his young life has taken so far, saying it is up to Smith to choose which path he wishes to travel.

"He’s taken responsibility for his actions, and I give him credit for that," Bugenhagen said.

Smith pleaded no contest to misdemeanor possession of a dangerous weapon at school last week. Other felony and misdemeanor charges were dismissed but read in.

"He’s marked a lot of milestones, and unfortunately many of them in custody," said Maura McMahon.

Court filings and statements in open court reveal Smith was being teased about his age and wanted to confront the person when he brought the guns to school in December 2019. He pointed one of the BB guns at his classmate's head.

Waukesha South High School was put on lockdown. Smith was eventually shot by a responding officer after police said he failed to obey commands and removed his hands too quickly from his pockets. The second BB gun was found in Smith's backpack.

"Perhaps probation can get him to change his criminal thinking and get him to understand, if he doesn’t already, why his adult decisions that day, back in December 2019, did affect and will continue to affect a great many lives, going forward," said Waukesha County Assistant District Attorney Randy Sitzberger. 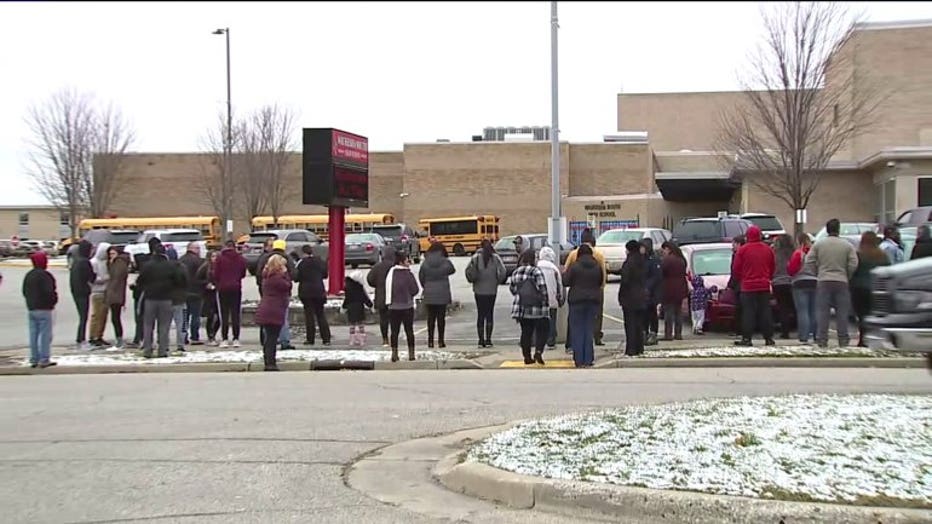 "You have your whole future in front of you, whatever decision I make today is only a small portion of your future, and it’s up to you to make the right decisions going forward and I think you can," Bugenhagen said.

Smith said Thursday he and his family are glad he is coming home and that he is ready and has the support system in place to help him move forward.

A six-year prison sentence on bail jumping charges was stayed in favor of Smith's probation assignment. He is also to complete 200 hours of community service and counseling.

If he violates his probation, Smith could face three years in prison.

Delaney Watt was convicted in a shooting that sent one victim to Children's Wisconsin and paralyzed another, District Attorney Eric Toney announced.