A man and woman have been charged after a high-speed Waukesha police chase on Aug. 15.

WAUKESHA, Wis. - A man and woman have been charged after a high-speed Waukesha police chase on Aug. 15.

Prosecutors say the driver admitted to multiple crimes, saying he was "doing like Speed Racer off the crack."

According to a criminal complaint, Waukesha police were notified of a vehicle with a stolen Illinois license plate. An officer spotted the car with the stolen plate leaving a Kwik Trip and verified that it was reported stolen.

The officer turned on his squad car's emergency lights to stop the car with the stolen plate. It started to slow down and pull over – but suddenly sped off down North Street.

The car reached speeds of 80 mph in a 35 mph zone as it fled from four Waukesha police vehicles, the complaint states, each of which had its emergency lights and sirens activated. The chase reached 90 mph as it turned onto eastbound Interstate 94.

The car "flew past" a work truck entering the highway and reached speeds around 110 mph, the complaint states. Near Barker Road, police tried to use a tire deflation device to stop the car on I-94. That attempt was unsuccessful, and the car kept fleeing eastbound, reaching speeds around 115 mph.

A second attempt to use a tire deflation was successful, per the complaint. The car lost a tire and slowed down "drastically" to around 50 mph, at which time an officer conducted a PIT maneuver near Moreland Road. Other squad cars were unable to pin the car after that attempt, however, and two other PIT maneuvers were needed. 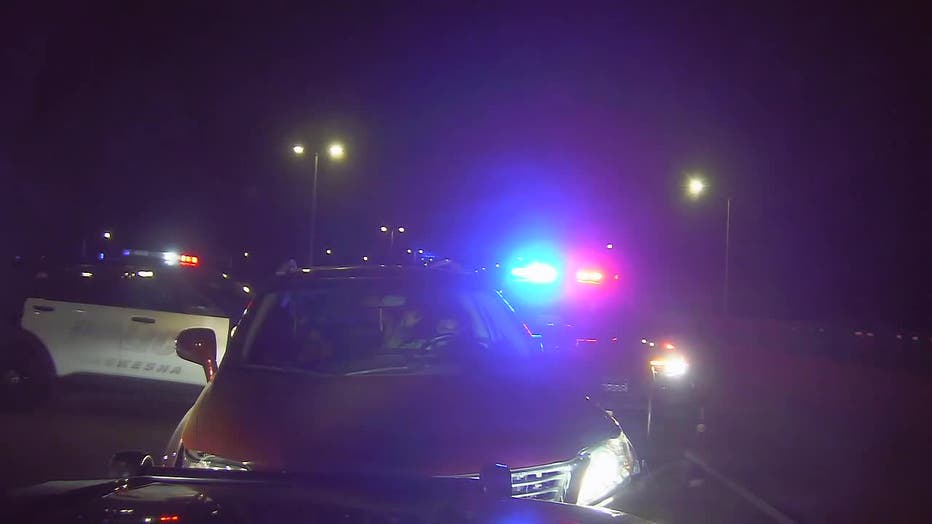 The driver, identified as 22-year-old Quincy Bonman of Milwaukee, was taken into custody. He told police, according to the complaint, that he "should have never fled." He allegedly admitted to having "dope" in the car and said he was "real high and intoxicated."

"Now I ain't going to lie, I'm high off the kite, so I'm not thinking the smartest. I should have been thinking, but I just thought I could possibly get away," Bonman told investigators according to the complaint. "I know I ain't got my license. I should have never ran.

Bonman later added that he was "nervous as hell" and he was "doing like Speed Racer off the crack and all that. I thought I was in the movie," according to the complaint.

Later, the complaint states Bonman fell asleep on the way to the hospital and questioned why he was under arrest – wanting to know if it was "because of the crack." He said he was trying to smoke all the crack before officers stopped him, so he wouldn't get caught – taking hits as he tried to get away.

Upon searching the car, officers found Bonman and Watson's IDs, marijuana, amphetamines and evidence of crack cocaine use. Officers also found two Wisconsin license plates and the stolen Illinois plate which was displayed on the car.

Watson is charged with operating a motor vehicle without owner's consent and possession of a controlled substance. She made her initial court appearance on Aug. 16, her cash bond set at $500, and is due back on Oct. 3.