WAUKESHA, Wis. - Video of a woman arrested outside Monkey Joe's in Waukesha has gone viral on social media, but police say there's more to the story than what's been shared.

Waukesha police were called to Monkey Joe's on Saturday, Oct. 30 around 5:30 p.m. after receiving several 911 calls regarding a disorderly woman. The video of her arrest was shared on social media as police share more in-depth details about the moments leading up to her arrest.

911 calls captured the argument that unfolded at Monkey Joe's in Waukesha. 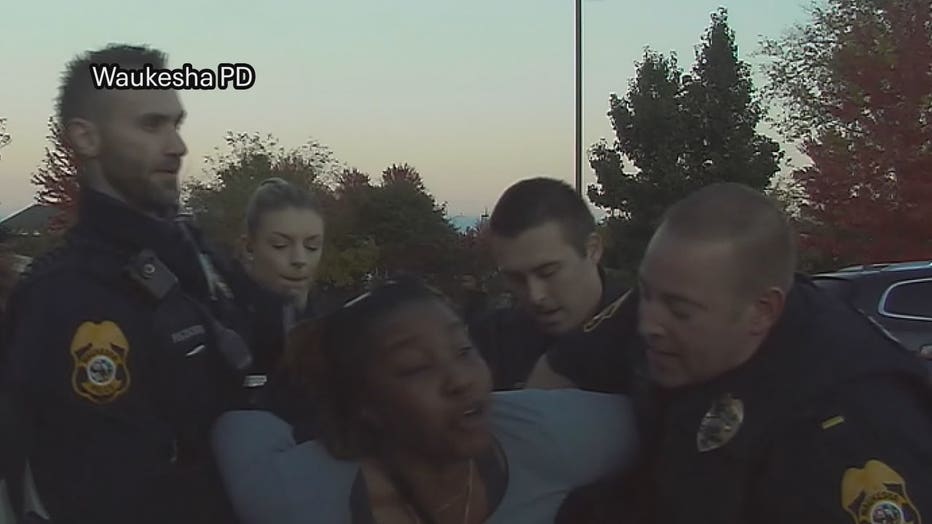 "There was a discrepancy on one of the game cards, that the game card wasn’t working, so they were trying to get some tickets to use for the machine versus the swipe card," said Captain Dan Baumann, Waukesha police. "Staff was trying to work it out."

When Waukesha police got there, they say they learned a woman assaulted another customer. Police tried to calm the situation by asking the woman to leave, but she wasn't complying, falling to her knees. 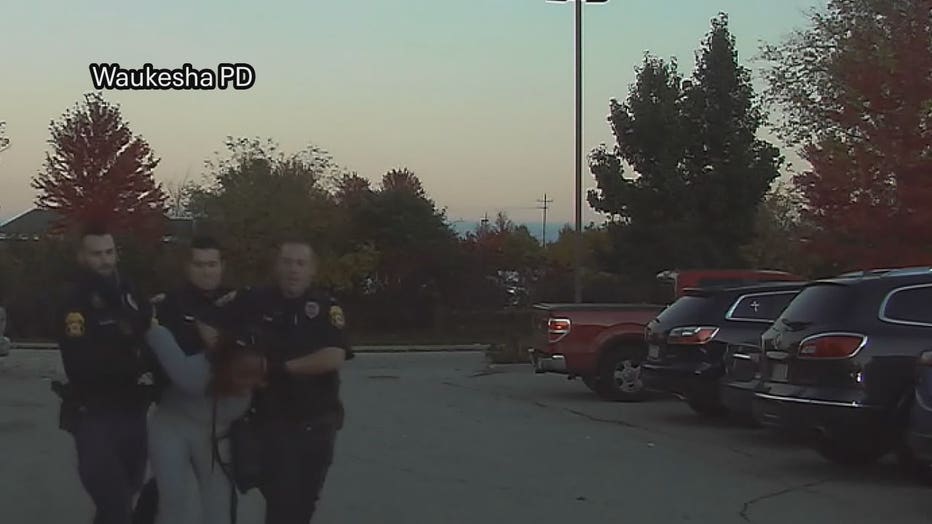 "We had to stabilize her up against the vehicle," said Baumann. "She kept putting her knees on the bumper, and she was kicking the officers. She’s starting to spit, and she’s getting more animated and starting to spit, so we placed a spit mask over her head."

Police applied leg straps to the woman, but as the video makes the rounds on social media, some community activists are upset about how it was handled. However, police say they did everything they could to deescalate the situation. 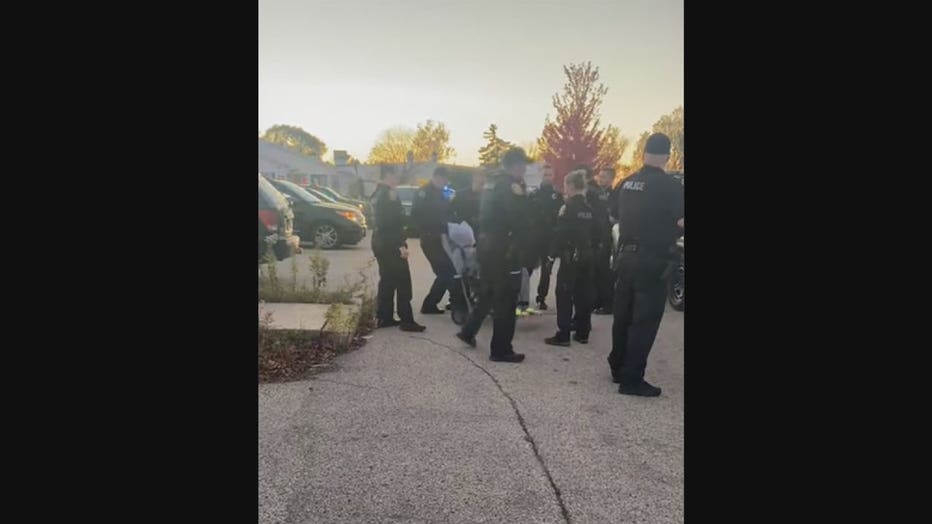 "Those other paying customers out there, those are our victims out there," said Baumann. "It’s not this lady who couldn’t keep her emotions in check."

FOX6 News reached out to community activists who shared video of the arrest, along with Monkey Joe's on Tuesday and have yet to hear back. 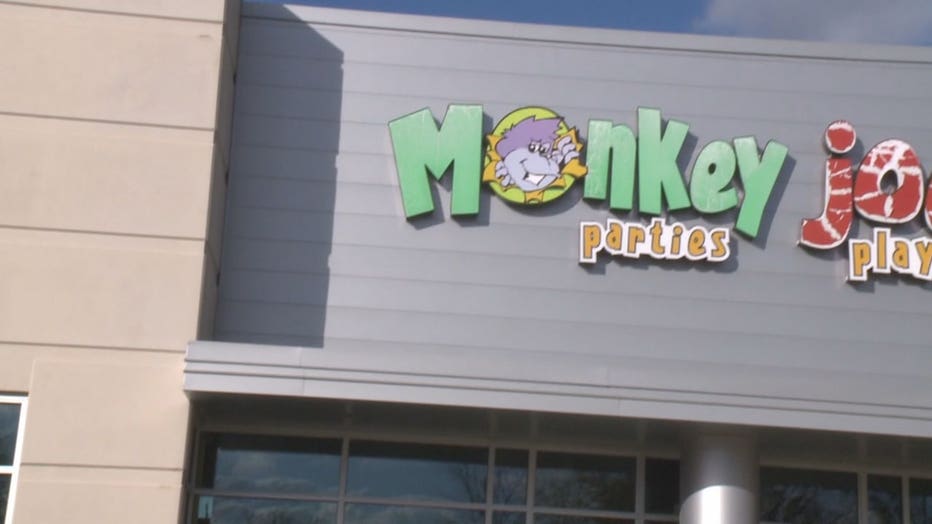 The woman was arrested for battery, disorderly conduct and resisting arrest.

From jury instructions to opening statements and more, a small group of demonstrators gathered outside of the Kenosha County courthouse to watch the Kyle Rittenhouse trial begin on Tuesday, Nov. 2.