Waukesha girl says man tried to lure her into his car: “She saw a gun in his car”

Waukesha girl says man tried to lure her into his car: "She saw a gun in his car"

WAUKESHA -- A game of hide and seek turned frightening in Waukesha on Saturday, April 16th. A young girl says a stranger tried to lure her into his car while she was playing with her friends.

The girl's father called police -- but these parents said they feel the best way to make sure this doesn't happen again is to make people aware of what happened.

It happened in broad daylight on a sunny spring Saturday.

"So close to home -- and we wouldn't have heard anything," Addi's mom, Jennifer Koutnik said. 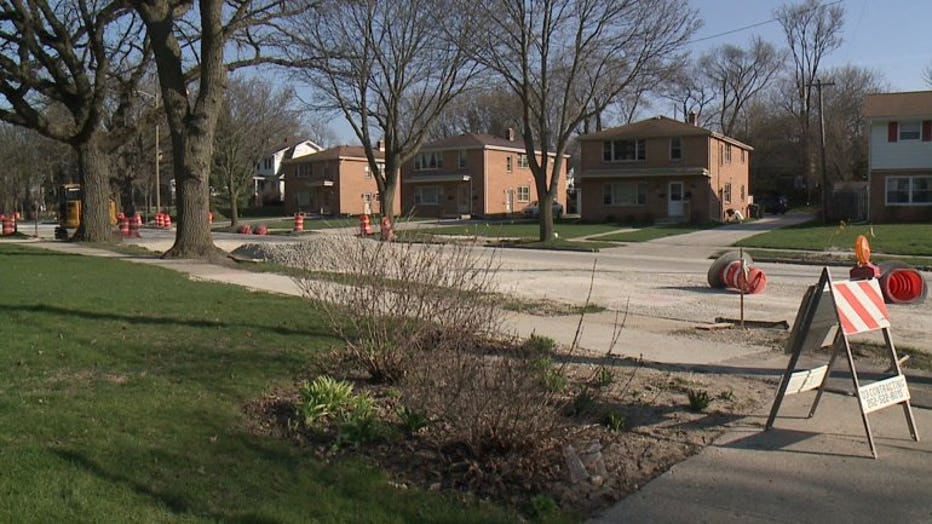 Nine-year-old Addi was playing hide and seek with her sister and a friend.

"All the time I tell my girls, stranger danger. Don't get in a car," Koutnik said. 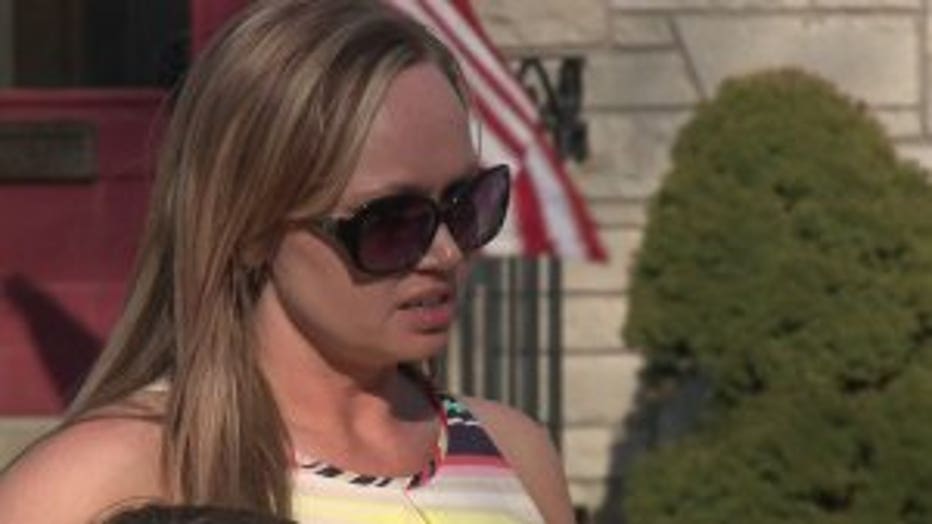 Addi hid a few doors from her home -- at a friend's house near Cumberland and Summit in Waukesha. That's when she says a man in a black car pulled in front of some construction equipment.

"He pulled up and he go out of his car and walked towards me. I took a couple steps back and he started speed walking towards me and I ran home," Addi said.

"She was freaked out. She said 'someone tried to get me into their car,'" Addi's father said.

If there is anything more frightening than that -- it would be this:

"She said she saw a gun in his car. As a mom, you think 'what if he would have taken it out and came after her and used more force? It's scary. Very scary," Koutnik said.

"I was scared, but I acted like I wasn't scared so he wouldn't do meaner things," Koutnik said.

Addi's mom immediately took to social media -- posting about the incident on Facebook to warn other parents. 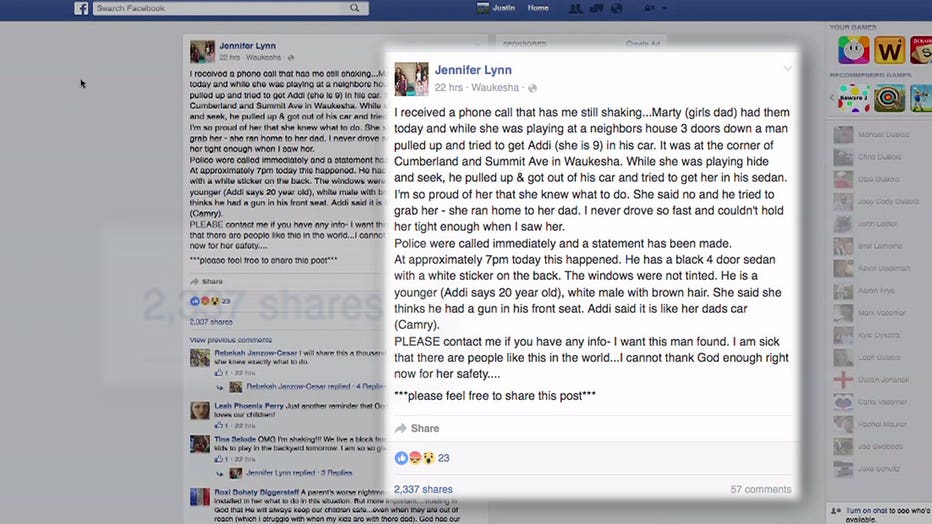 She said she knows that as the weather continues to warm up, more children will be out playing, and there will be more potential for someone they don't know to make them worry.

"Absolutely violated -- that someone would dare try to get one of our children into their car," Koutnik said.

While young Addi made a feathered peacock tail to wear while playing on Sunday, it was her parents who told their daughter they were proud as a peacock to learn she did the right thing.

"The thought that there are other children around here that could have happened to, being so close to all the schools," Koutnik said.

Addi was able to provide police with a description of the man who approached her. He is described as a white man with dark hair in his 20s -- with tattoos on his arms. He was driving a black sedan.

Police say they have received this report and are investigating.