Motorcyclist killed in Waukesha crash on Highway 164 at Racine Avenue

A motorcyclist was killed in a fiery crash at a busy Waukesha intersection. Neighbors say that wasn't the only crash that happened there that day.

WAUKESHA, Wis. - A motorcyclist was killed in a fiery crash at a busy Waukesha intersection Sunday evening, Oct. 17. Neighbors say that wasn't the only crash that happened there that day.

According to neighbors, there was another wreck at Highway 164 and Racine Avenue about an hour earlier. Just as police wrapped up that scene, three vehicles and a motorcycle crashed.

It's a busy intersection that often has cars speeding by. On Sunday evening at Highway 164 and Racine Avenue, traffic came to a screeching halt. 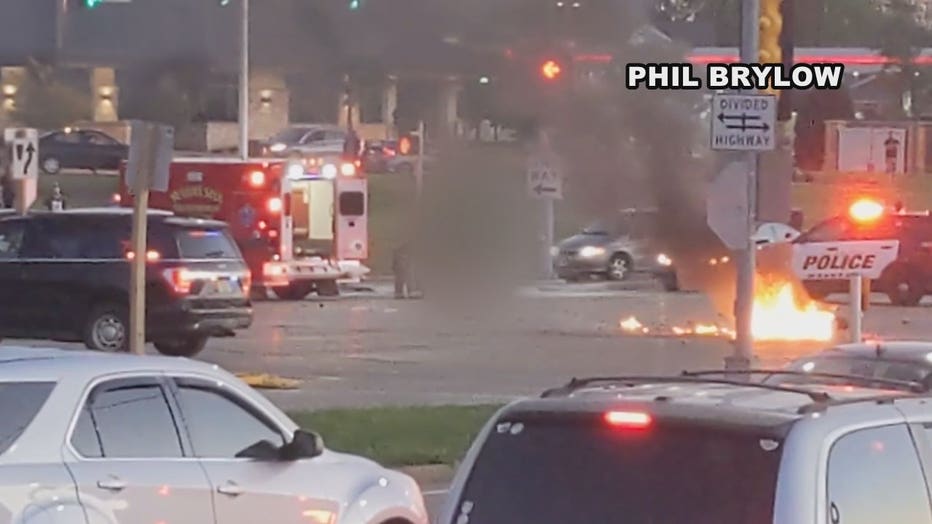 "All of a sudden, I hear a big bang, and I turn around and I look, and there’s a big explosion behind me flames going up and hear another quick bang, bang," said Brylow.

Brylow filmed the scene from the parking lot of his condo complex. 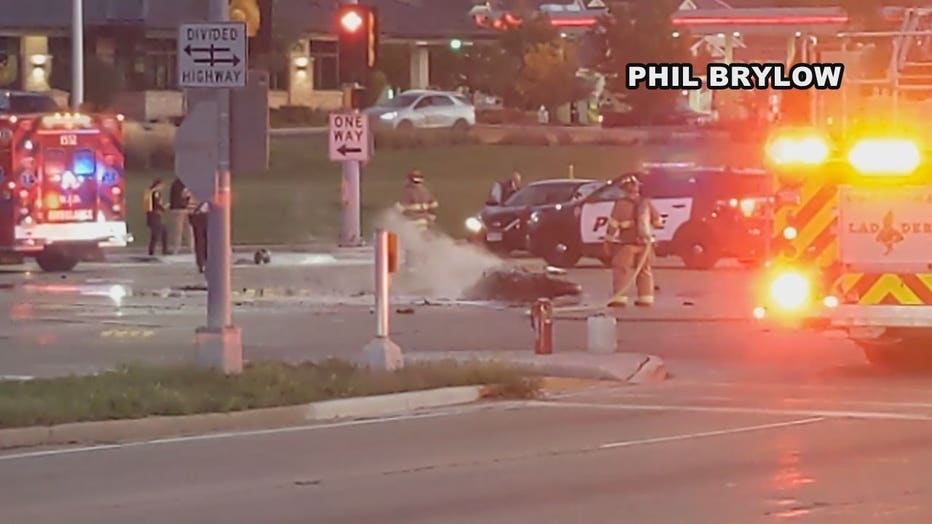 According to Waukesha police, a Ford F-150 hit a motorcycle and then a Dodge Durango. A Toyota Sienna then struck the Ford. The crash took the life of the motorcyclist who friends said "had an infectious personality...always making someone smile."

The frustrating part for neighbors is that this was the second crash here that day.

"It happened again," said Brylow. "I couldn’t believe it. You hear brakes squealing and that type of thing on a regular basis." 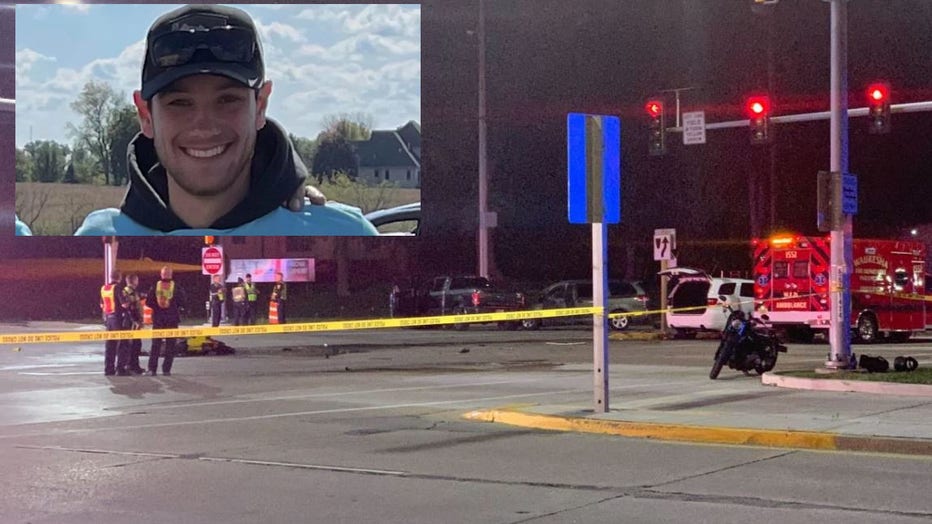 Brylow would like to see changes to the road so tragedies like this don't happen here again.

"It’s kind of the point where you go, it’s got to stop," said Brylow. "It really has to stop."

Police say good Samaritans helped that motorcyclist until first responders arrived. Unfortunately, he did pass away. A GoFundMe page has been set up for the victim.

The Wisconsin Department of Justice said Monday that a Madison police officer was shot and injured by a fellow officer on Oct. 10, not the armed man they were trying to arrest.