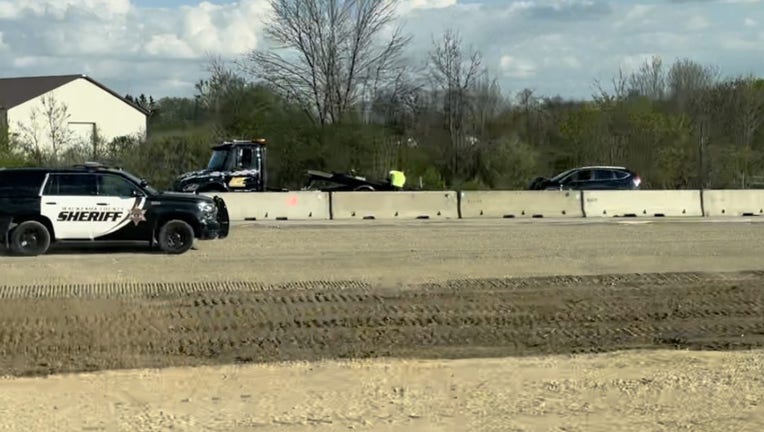 WAUKESHA COUNTY, Wis. - Three were taken to the hospital from the scene of a crash in the construction zone on I-43 at the bridge to Guthrie Road in Waukesha County Sunday, May 2.

Police said an initial investigation revealed an SUV operated by a 17-year-old boy struck the guardrail connected to the bridge and became entangled in it. As vehicles stopped to avoid this, another three-vehicle collision occurred behind it.

The northbound lanes of I-43 were closed for the crash investigation and clean up for approximately three hours.