WAUKESHA COUNTY, Wis. - The Waukesha County Sheriff's Department was called to an "ultralight" single-seat aircraft crash in the town of Lisbon on Saturday, Oct. 30.

According to the sheriff's department, the crash happened near Songbird Hills Golf Club on State Highway 164 around 5 p.m.

"I was working in the garage, and I heard the big bang, and wires were hanging down there, smoking, all the wires in the grass were smoking, too," a neighbor told FOX6 News.

The neighbor lives next to the golf club. He said he heard the aircraft first crash into a power line; power was knocked out in the area.

"The box up there on the top of the telephone pole, it had a big bang and started smoking. That’s where the noise came from," the neighbor said. 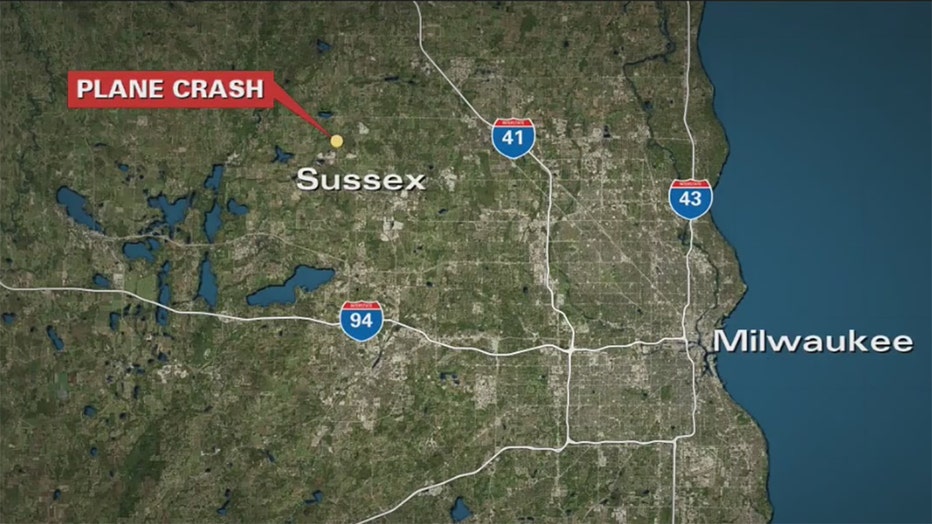 Scene of "ultralight" aircraft vehicle crash in the town of Lisbon

The pilot, a 61-year-old man, received initial medical attention from witnesses before deputies and EMS personnel arrived and took over. The man was then taken to the hospital via Flight for Life.

"A couple of the guys that were driving by, they pulled him out. And a couple ladies who were nurses started doing CPR on him," said the neighbor.

According to the Federal Aviation Administration, the "ultralight" designation means the vehicle does not technically meet the administration's criteria to be called aircraft. However, such vehicles are designed for air travel.

This crash remains under investigation by the Waukesha County Sheriff’s Department and Wisconsin State Patrol.

The Milwaukee County Sheriff's Office is investigating a fatal crash that happened early Saturday morning, Oct. 30 at the bottom of the east I-794 off-ramp to Jackson Street and Van Buren Street.