One of the Waukesha Christmas Parade attack victims, 17-year-old Tyler Pudleiner – got a moment to forget about that November nightmare and live out a dream.

MILWAUKEE - One of the Waukesha Christmas Parade attack victims, 17-year-old Tyler Pudleiner – got a moment to forget about that November nightmare and live out a dream. That was just the beginning of several surprises Pudleiner had at American Family Field on Wednesday, July 27.

"He’s in shock.  He won’t stop talking about it until we get back now," Katti Pudleiner, Tyler's mother.

Tyler did not know until minutes before stepping onto the field that he would be throwing out the first pitch. 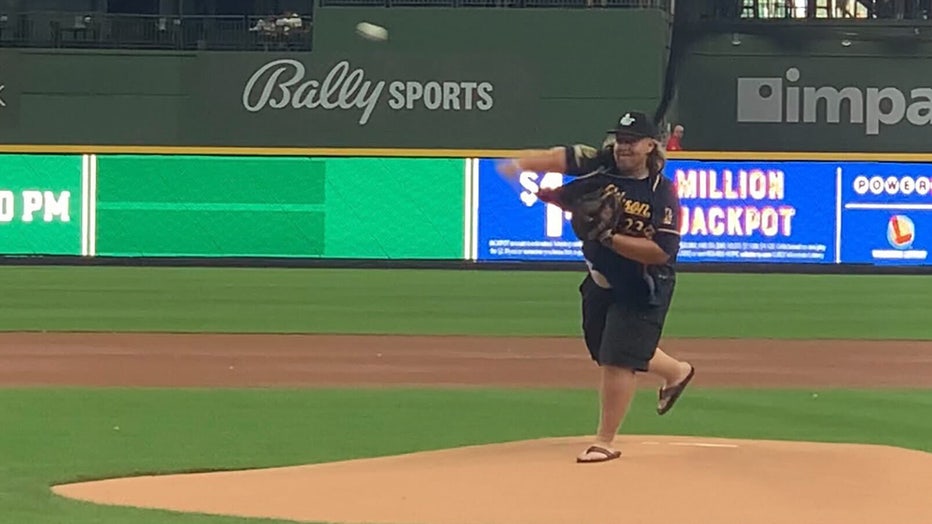 "I have no words. I’m still kind of processing it. It’s pretty special," Pudleiner said.

Pudleiner was hit marching with Waukesha South's band during the Christmas parade last year. He suffered damage to his small and large intestine – as well as broken teeth.

FOX6 News was with Pudleiner in April as he rejoined his high school team for the first time since the attack. 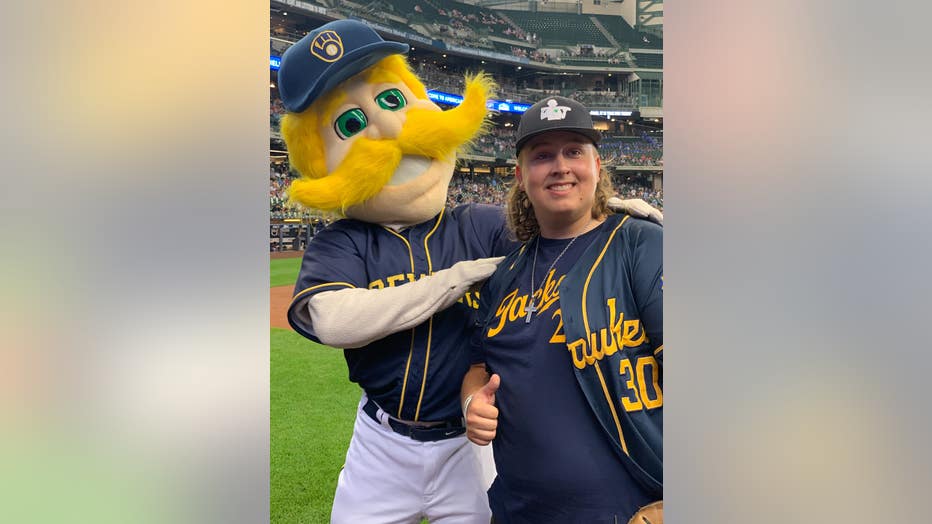 It is a game Pudleiner he has loved since he was six months old – and one player stands above the rest.

"Craig is his idol. Always has been. He’s been wearing his jersey since he could pick his number – when he was 8," Katti Pudleiner said. 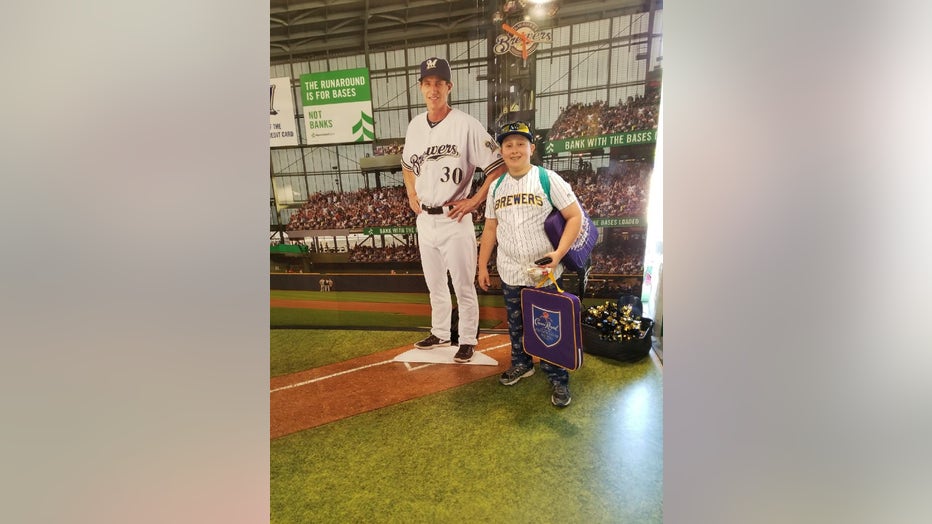 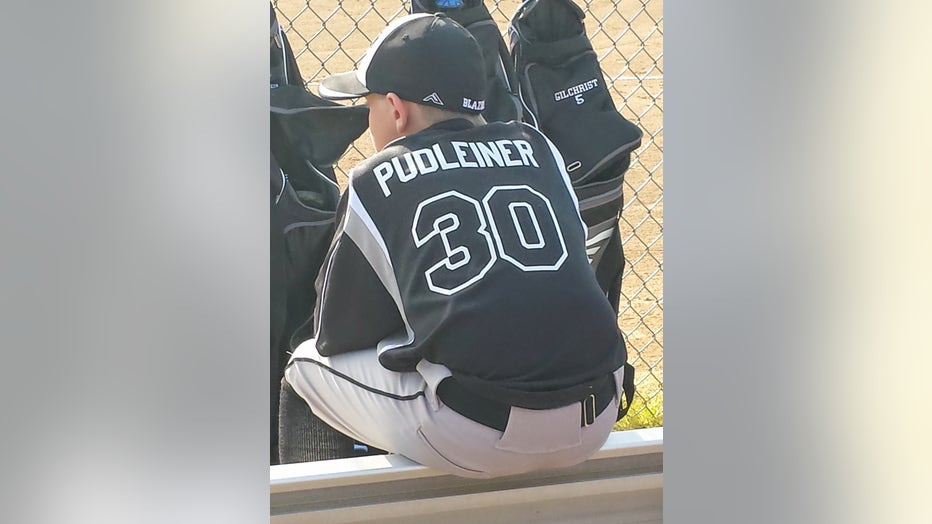 "Craig is just an inspiration to me – and always has been – it was just awesome to have that on-field experience," Pudleiner said. 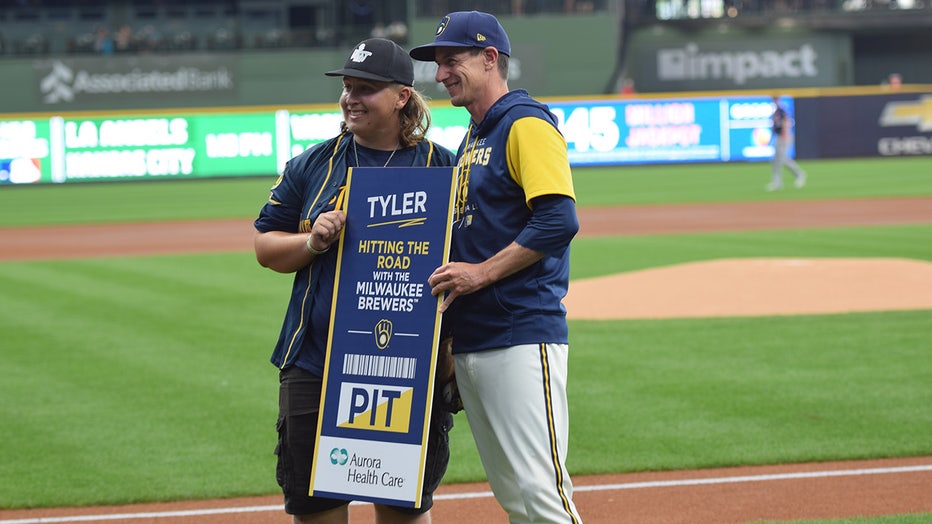 The meeting came with an all-expenses paid trip to Pittsburgh to join the Brewers on the road next week. It is a dream come true for a young man who credits his love of baseball for helping him heal.

"It’s America’s pastime. Everybody loves it. It’s a real way to connect, and I think that’s what’s helped us all truly recover," Pudleiner said.

Pudleiner is still in a lot of pain. His mother said her son has another surgery scheduled in October. The Brewers and Aurora Health Care helped make this special day for Pudleiner's entire family.