MILWAUKEE -- Making progress every day on her 'Second Chance' journey, Moana -- a sea lion pup at Oceans of Fun -- has started her official training.

The staff at Oceans of Fun inside the Milwaukee County Zoo, spend hours every day working with their animals. As part of the animal's training, when they does something correctly, the trainers make sure to let them know they've done a good job. 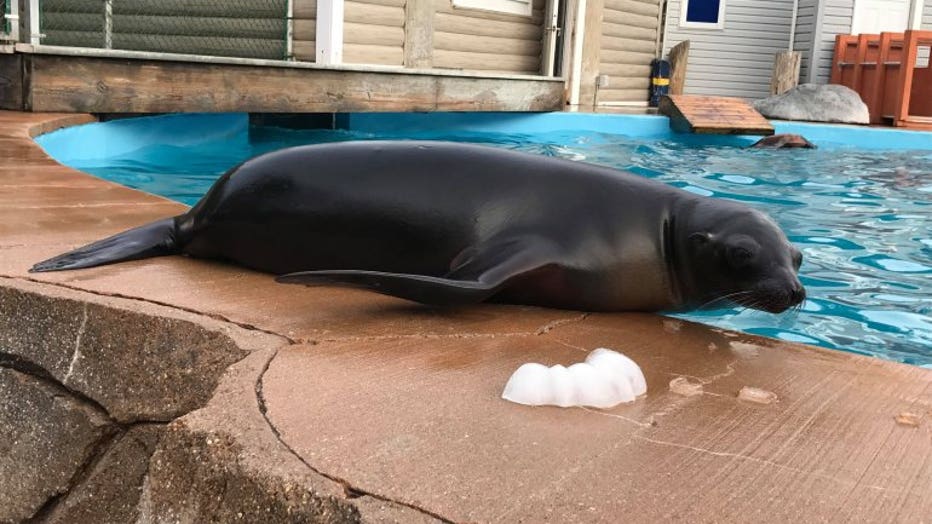 Friday, December 1st FOX6 News got a peek into the early stages of Moana's training -- and she's doing great! Oceans of Fun President Shelley Ballmann says at first Moana was intimidated by a "target pole," which is a ball at the end of a stick, but is becoming more comfortable with it around. Each day she trains, Moana is expected to get more comfortable with the pole, which is used to perform many of their tasks.

That's not all, the staff at Oceans of Fun are learning rather quickly Moana has a BIG personality! At the end of the training session on Friday, Moana got to enjoy a feast of ice cubes -- which seem to be her favorite -- and made it clear with some barks she did not want to share them with any of her pool mates...or us. 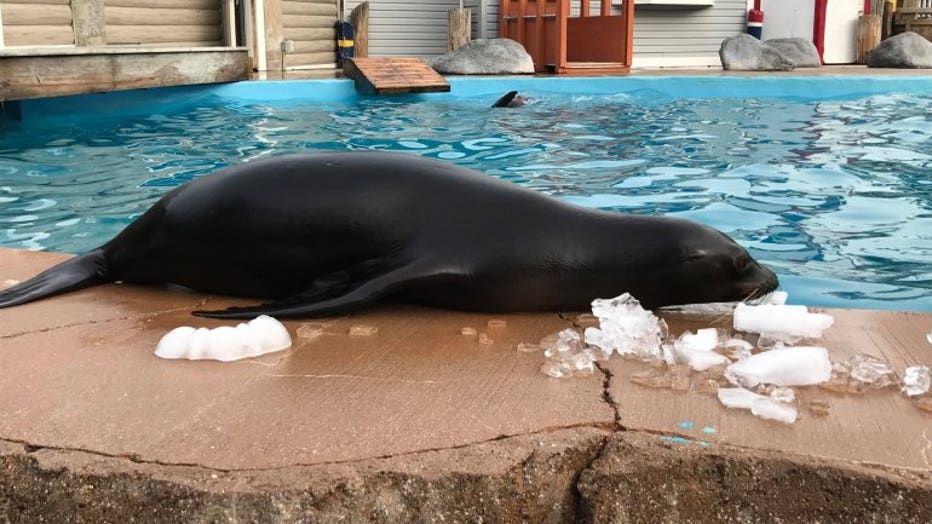 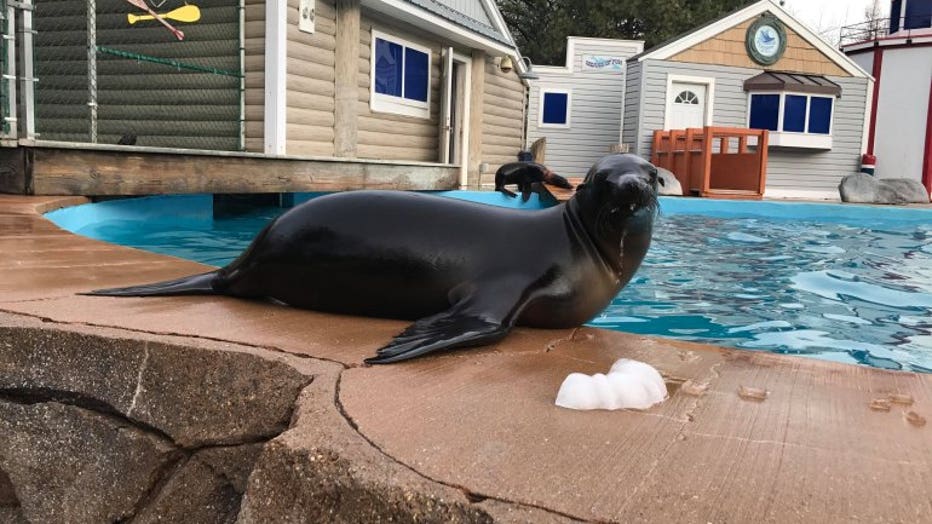 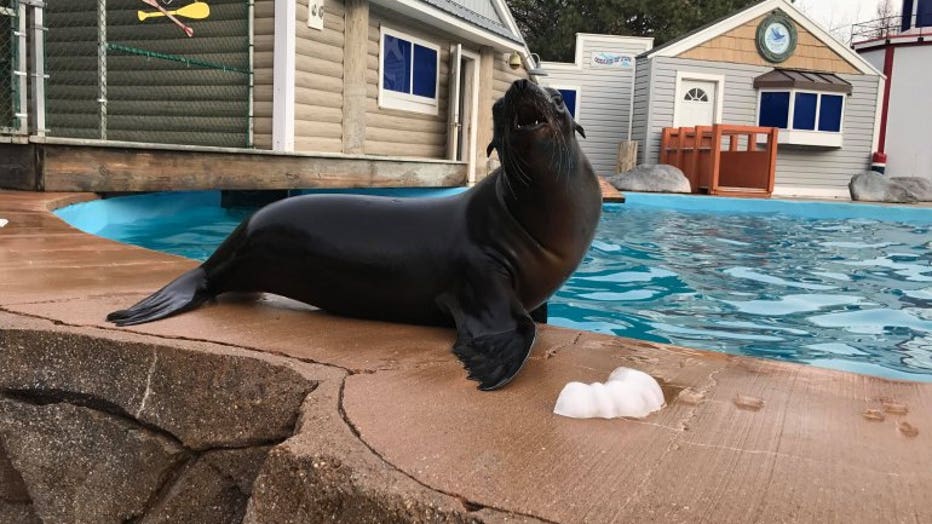