A video of an Amazon driver getting quite a scare during one of his delivery stops has gone viral. (Credit: Kem Galo)

NASHVILLE, Tenn. - A video of an Amazon driver getting quite a scare during one of his delivery stops has gone viral.

Kem Galo of Nashville, Tennessee shared video with FOX 35 News of the hilarious moment caught on her Ring camera.

The clip shows the unsuspecting Amazon driver dropping a package off on her front doorstep, which is decked out in Halloween decor, including a witch that screams when it's activated.

As the driver reaches for a piece of candy, the witch goes into action, springing up and cackling. The driver is seen jumping off the porch and running into the yard! 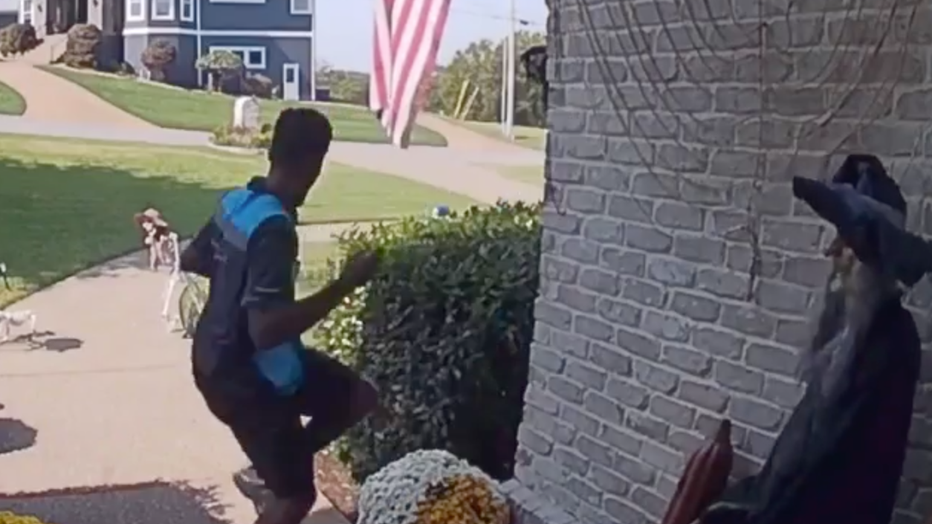 The driver doubles over laughing as he heads back to his truck.

"We’ve had a lot of fun watching our ring videos of people coming to our door," Galo said.