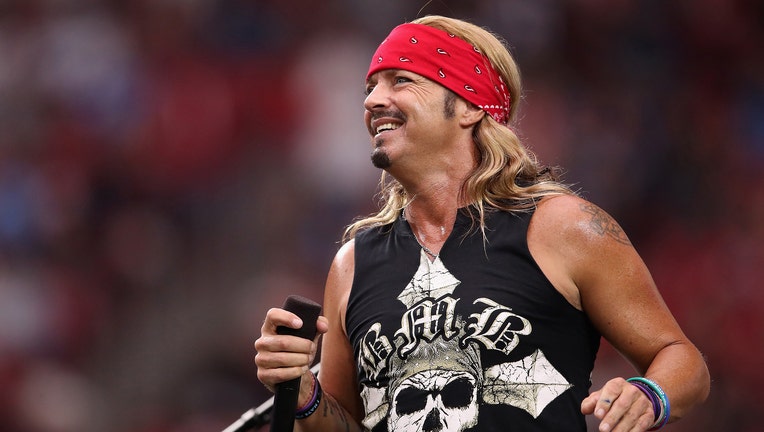 Musician Bret Michaels performs during a half-time show at the NFL game between at State Farm Stadium on Sept. 08, 2019. (Photo by Christian Petersen/Getty Images)

The July 29 appearance is part of Michaels' "Nothin' But a Good Vibe" tour. The opening act will be Frank Ray.

In the third season of FOX's "The Masked Singer," Michaels competed as "The Banana."

The Office of the Commissioner of Baseball announced Tuesday, April 5 that Milwaukee Brewers catcher Pedro Severino has received an 80-game suspension without pay after testing positive for Clomiphene, a performance-enhancing substance, in violation of Major League Baseball’s Joint Drug Prevention and Treatment Program.

Major artist could soon be known by another name