SAN FRANCISCO — A fire engulfed a warehouse on San Francisco's Fisherman's Wharf early Saturday, sending a thick plume of smoke over the waterfront and threatening to spread to a historic World War II-era ship before firefighters brought the flames under control.

No injuries have been reported and firefighters were making multiple searches to ensure no one was inside the building on Pier 45, San Francisco Fire Lt. Jonathan Baxter told reporters from the scene.

The warehouse, which holds fish processing equipment and a few offices, is typically unoccupied at night but homeless people have been seen in buildings and warehouses in the area, Baxter said.

“That is something of grave concern, that is why we're actively trying to confirm if anybody saw anybody in this building,” he told KGO-TV.

“To our knowledge ... nobody is supposed to be in the building and we are hoping ... that there is no victim,” he said.

The fire broke out before dawn and tore through the warehouse near the end of the concrete pier, causing its walls to collapse, Baxter said. The first fire truck to respond to the scene sustained some damage.

More than 130 firefighters fought the flames, with some using ladder trucks to drench the warehouse from above. A fire boat was used to protect the SS Jeremiah O'Brien, a liberty ship that stormed Normandy on D-Day in 1944. The ship docks by Pier 45 and is a popular tourist attraction.

“Our firefighters absolutely saved the SS Jeremiah O'Brien during this fire as flames were pinching on the side of this vessel,” Baxter said.

Coast Guard crew members and police assisted by keeping other vessels away from the pier.

Fire investigators were assessing any damage to the pier and were looking into the cause of the blaze, Baxter said. 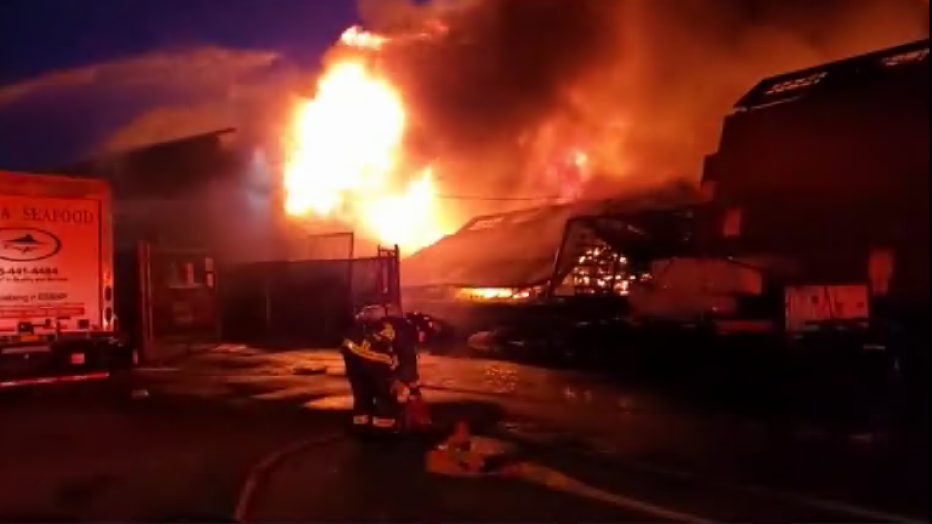 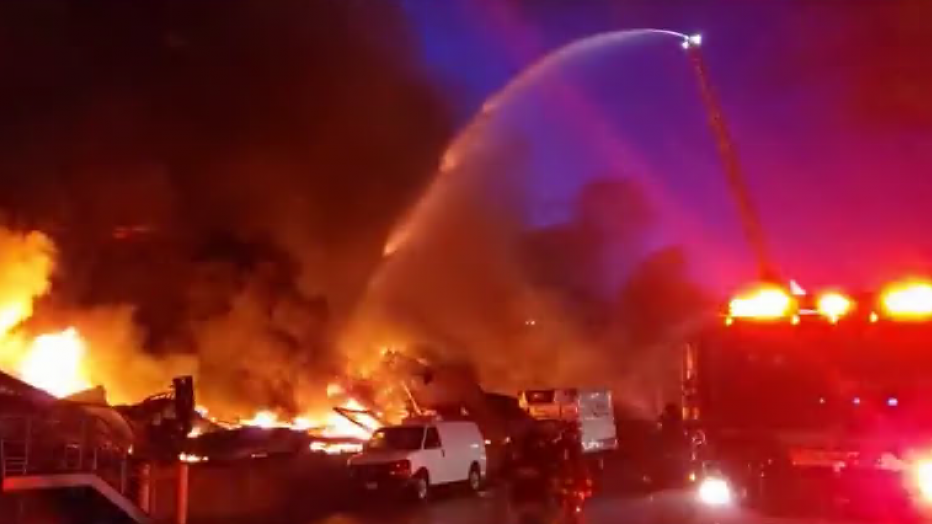 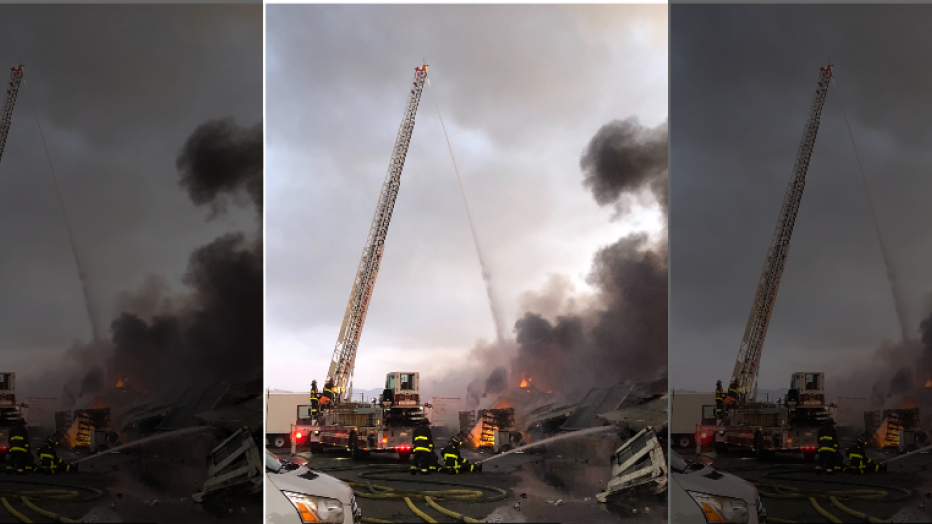 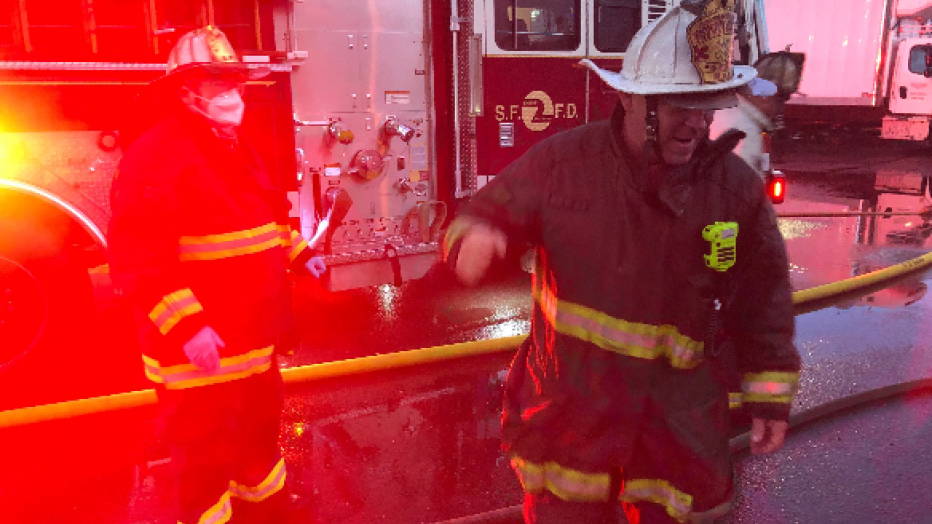 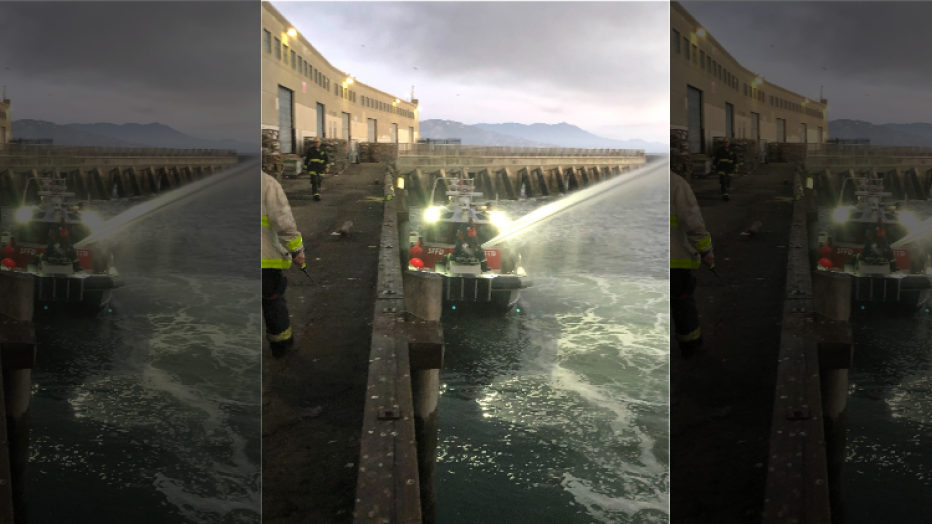 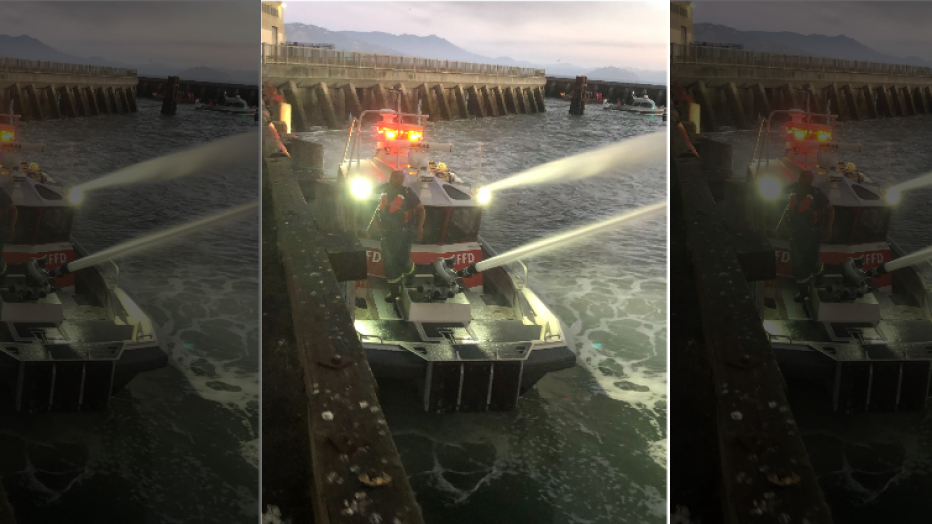 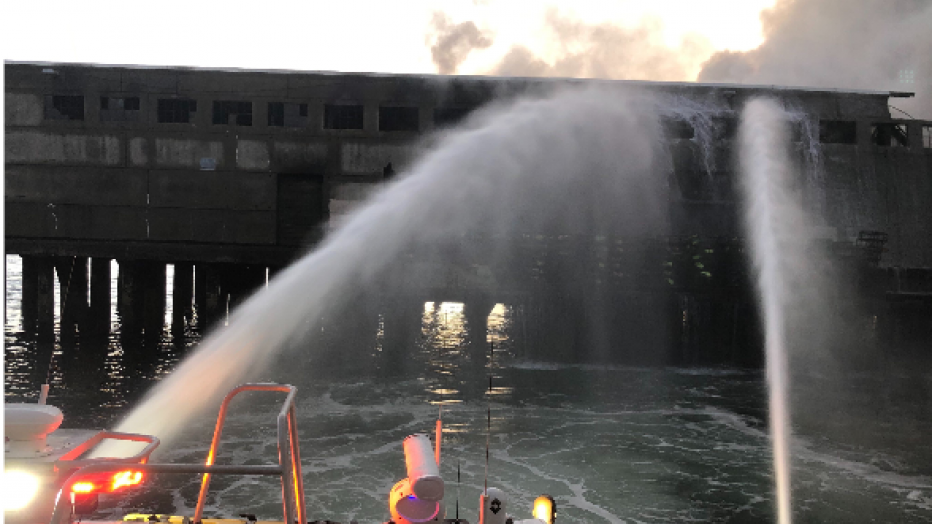