Wisconsin business leaders Saturday that the Trump administration will replace former President Barack Obama's health care law with a system that gives states greater flexibility over coverage for their residents.

Pence made the remarks in Milwaukee at Direct Supply, which sells equipment and services for senior living communities. 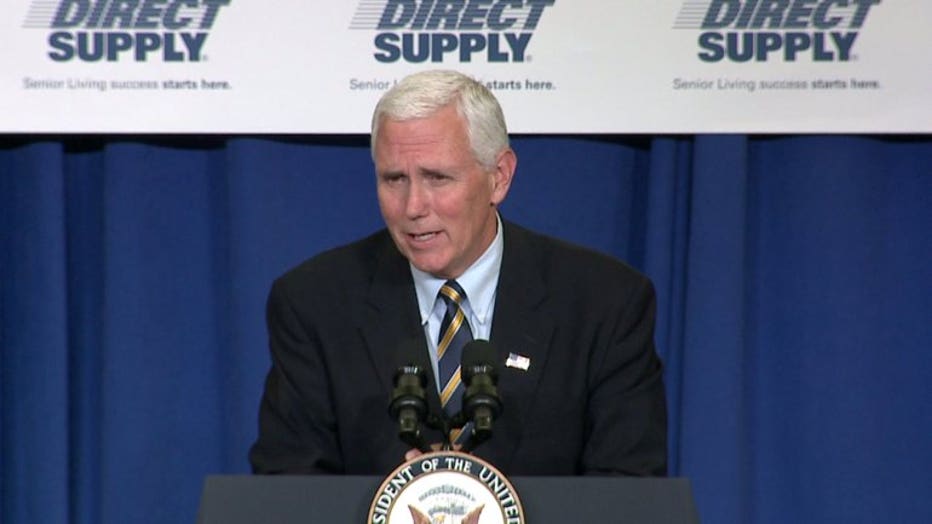 Speaking to a crowd of 200, Pence laid out the Republican's vision to repeal and replace the Affordable Care Act.

"Before this summer's out, we're going to finish what Wisconsin's own Speaker Paul Ryan, started," Pence said.

Last month, the House passed the American Health Care Act -- now, GOP leaders in the Senate are trying to do the same.

"We're going to give Americans more choices with expanded health savings account, and new tax credit to help you buy the insurance you need a price you can afford," Pence said.

Democrats are blasting the legislation. During a press call Saturday afternoon, Milwaukee Mayor Tom Barrett says hundreds of thousands of Wisconsinites will lose their coverage if it becomes law. 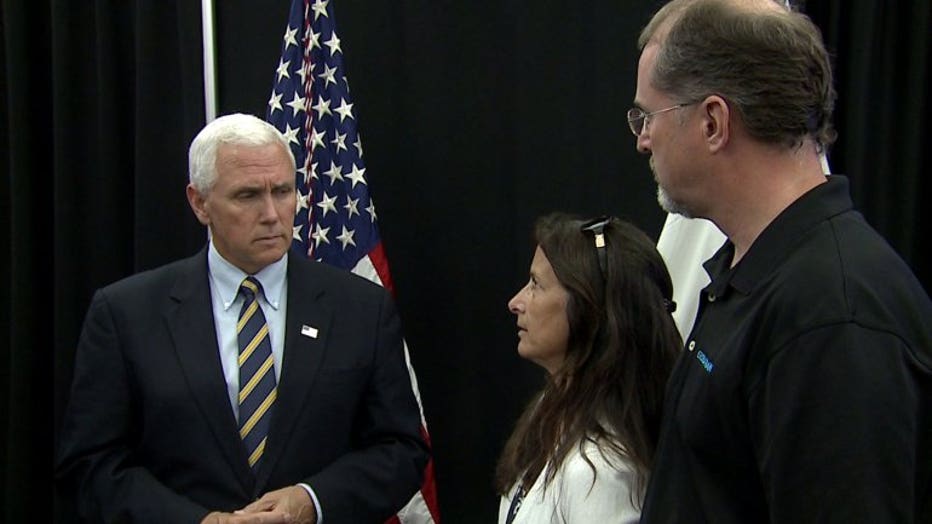 "To me, this is the exact opposite direction we should be going," said Barrett.

A handful of people also gathered outside Direct Supply to share their personal reasons for protesting the so-called "Trumpcare."

"I'm a breast cancer survivor, 17 years; so my biggest concern is taking away the protections against preexisting conditions," said Amanda Borchers, protester.

Earlier in the day, Governor Walker joined Pence for a listening session with small business owners and doctors in Wisconsin, who say they can no longer afford health insurance under Obamacare.

"There's no relief for us. Well, help is on the way," said Julie Champline, small business owner.

Saturday's stop in Milwaukee is among several places Pence is visiting around the country to drum up support for the GOP health care bill.

Wisconsin was among the states that rejected federal money to expand Medicaid coverage under Obamacare and Pence praised Walker for taking a different path. Wisconsin took a hybrid approach of tightening income eligibility for Medicaid to only those at the poverty level or below. Those making more than poverty were forced to purchase subsidized insurance through the marketplace.