Vice President Mike Pence traveled to Wisconsin and Minnesota for a bus tour on Thursday, Sept. 24. He used the opportunity to talk about manufacturing -- and in a one-on-one interview with FOX6's Jason Calvi, he criticized a federal judge's ruling on Wisconsin's absentee ballots.

EAU CLAIRE, Wis. - Vice President Mike Pence traveled to Wisconsin and Minnesota for a bus tour on Thursday, Sept. 24. He used the opportunity to talk about manufacturing -- and in a one-on-one interview with FOX6's Jason Calvi, he criticized a federal judge's ruling on Wisconsin's absentee ballots. 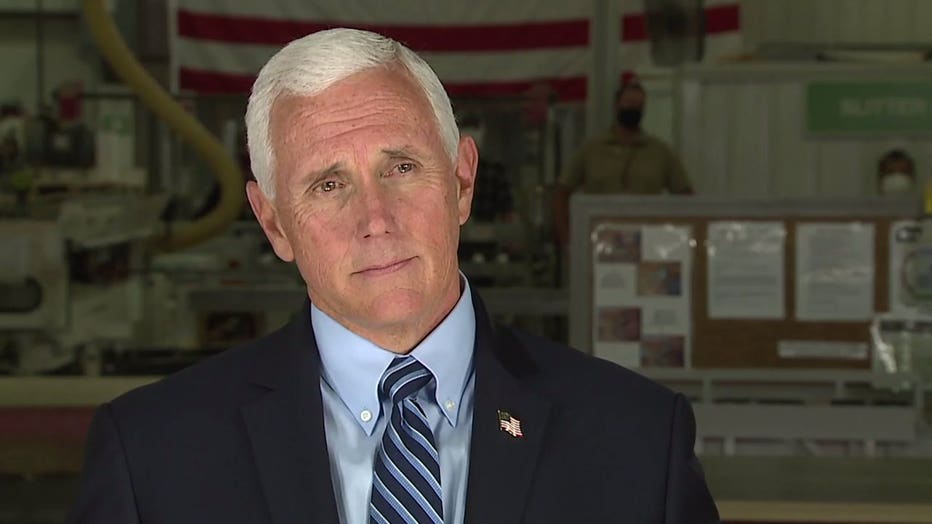 Jason Calvi: "Why does the president not commit to accepting the election results?"

V.P. Mike Pence: "President Trump and I believe we're going to win this election. But, we will accept a free and fair election result. No doubt about it. But look, we have great concern about changes that are taking place, including here in Wisconsin in mail-in voting and in absentee voting." 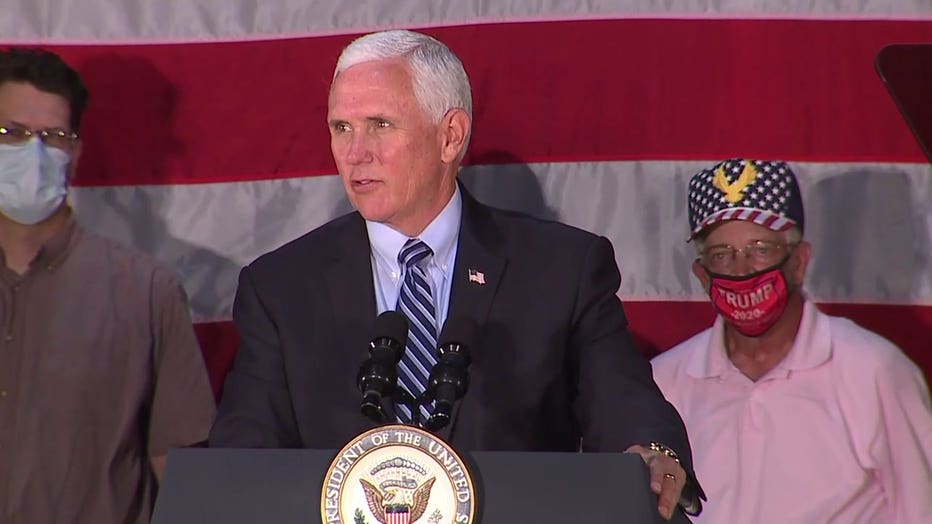 A federal judge this week ruled that Wisconsin's absentee ballots postmarked on Election Day can be received another six days. Republicans are appealing.

"For the state of Wisconsin to extend the deadline so we may not know the outcome of the election for six days after the election, it's just not consistent with the great traditions of this state and of this country," Pence said. 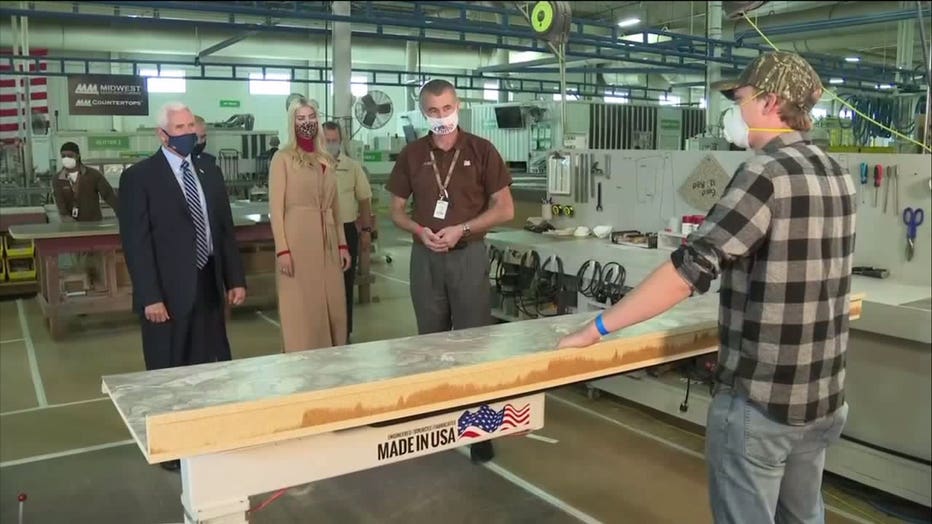 The vice president toured Midwest Manufacturing in Eau Claire on Thursday. It is part of the Menards family that makes countertops, doors, and more. 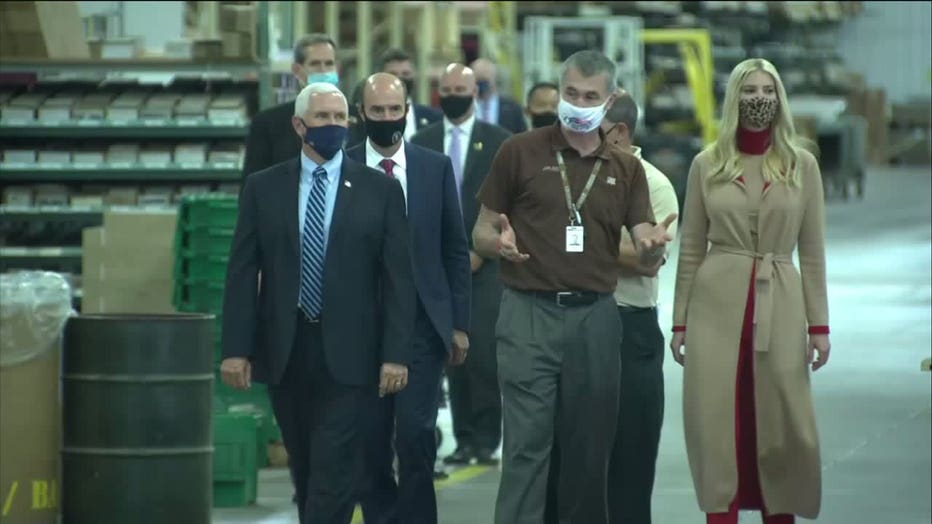 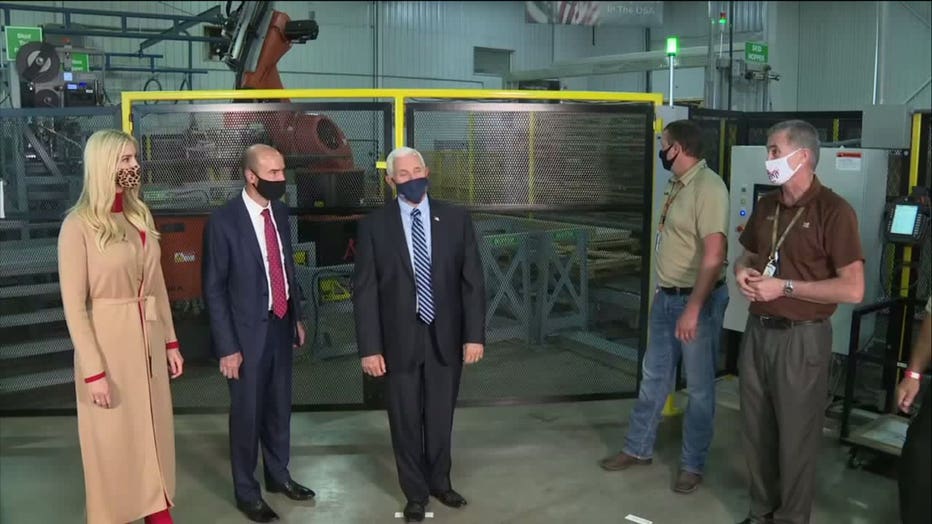 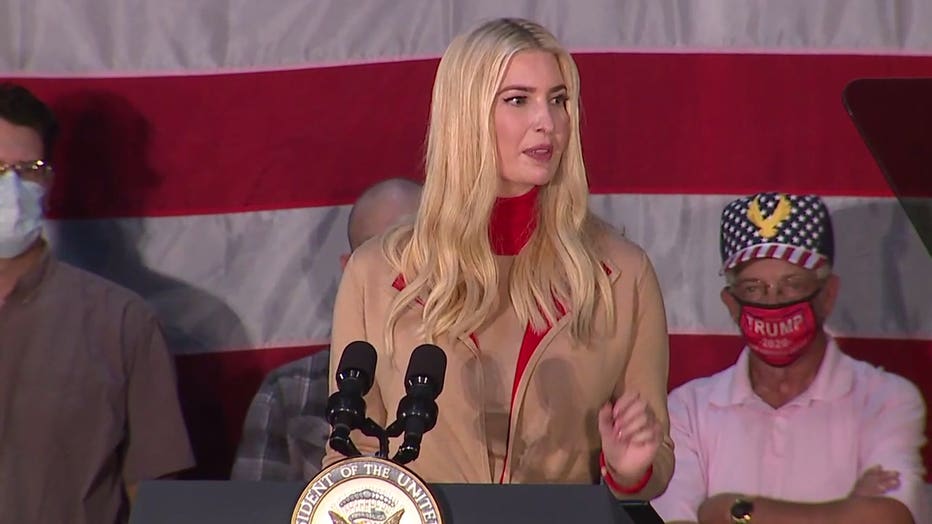 Also hitting the stage was U.S. Labor Secretary Eugene Scalia, son of the former Supreme Court Justice. This, as the country waits for Saturday when President Trump is expected to nominate another possible justice.

"The American people can be confident of is the president is going to choose a woman of experience, of great character, but also someone who will uphold the Constitution, apply the laws as written. And serve in the Supreme Court in a manner consistent with the late and great Justice Antonin Scalia," Pence said.

RELATED: Get breaking news alerts in the FOX6 News app for iOS or Android.

“This week, Wisconsin passed the grim milestone of 100,000 positive COVID-19 cases — and there’s no end in sight. Infection rates are skyrocketing, tens of thousands of workers have lost their jobs while tens of thousands more have dropped out of the labor force completely, small businesses have permanently closed, parents are anxious about sending their kids back to school — all because President Trump and Vice President Pence still have no plan to get the virus under control. And in the midst of it all, this administration is in court trying to rip health insurance away from tens of millions of Americans and eliminate protections for those with pre-existing conditions.

“The stakes of this election couldn’t be higher for Wisconsin or our country. We desperately need real leadership in the White House, and that’s exactly what Joe Biden is offering. Not only does Joe Biden have a plan to confront the pandemic and ensure every American has access to affordable health care, he’ll restore the middle class, invest in Wisconsin manufacturing, and help us build back better than before.”

The Wisconsin Legislature appealed a federal court ruling allowing for absentee ballots to be counted up to six days after the presidential election.