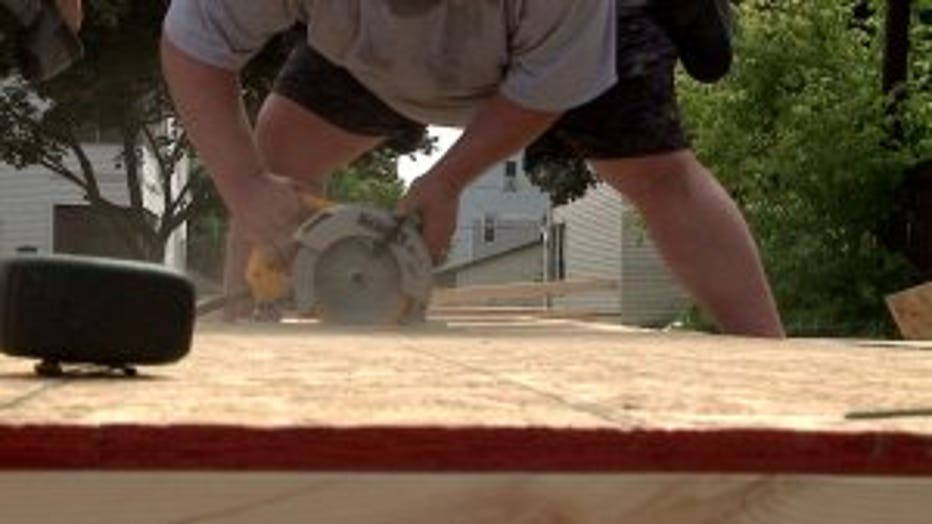 MILWAUKEE -- Hammers, nails and saws are the tools for a turnaround in Milwaukee’s Midtown neighborhood.

On Tuesday, June 5, industry leaders from around the city -- presidents, executives and directors -- took a break from their day jobs to help out Habitat for Humanity.

“They seem like they can all handle a hammer pretty well," said Brandt. 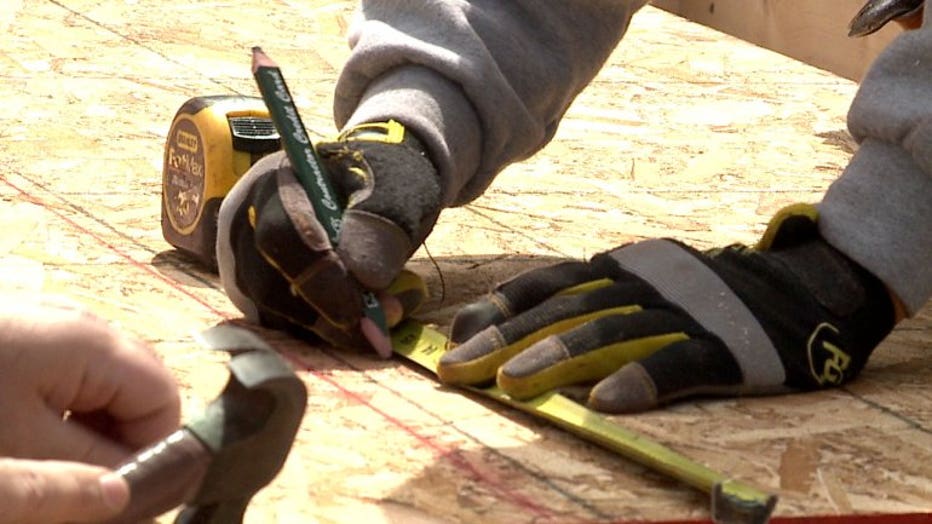 “I’m not sure if I’m really convincing anybody, but every little bit helps," said Joshua Jeffers, president of the real estate development firm J. Jeffers & Co.

Construction on the "Midtown 100" project started in May. It’s an ambitious plan that will involve building, rehabilitating and repairing 100 homes in the north side neighborhood. 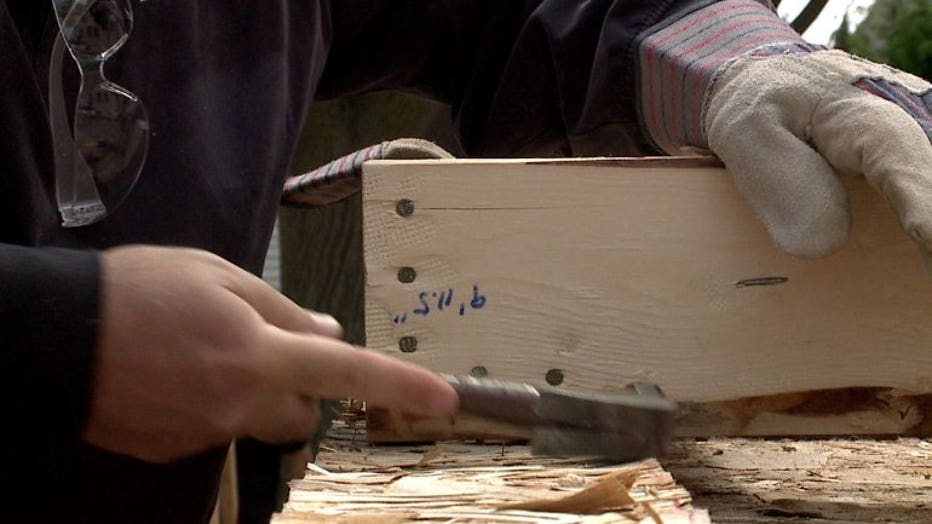 “By the time we’re finished in three years, we’re going to transform it into the highest-concentration of affordable, single-family homes ever built in the city of Milwaukee since World War II," said Brandt.

Habitat officials hope to build on the success they saw with their Washington Park project, where crime decreased by 48 percent on the blocks where they built homes. The idea is to turn around an area with a large, concentrated building effort. 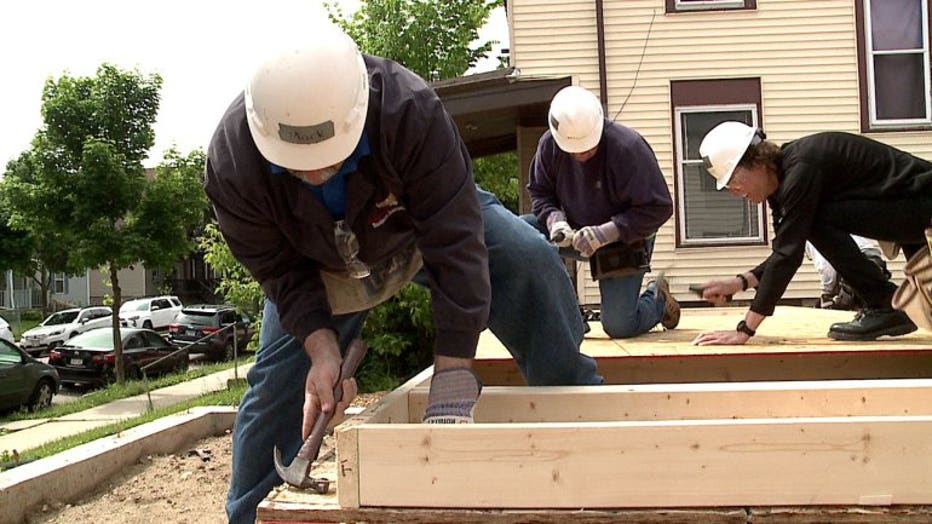 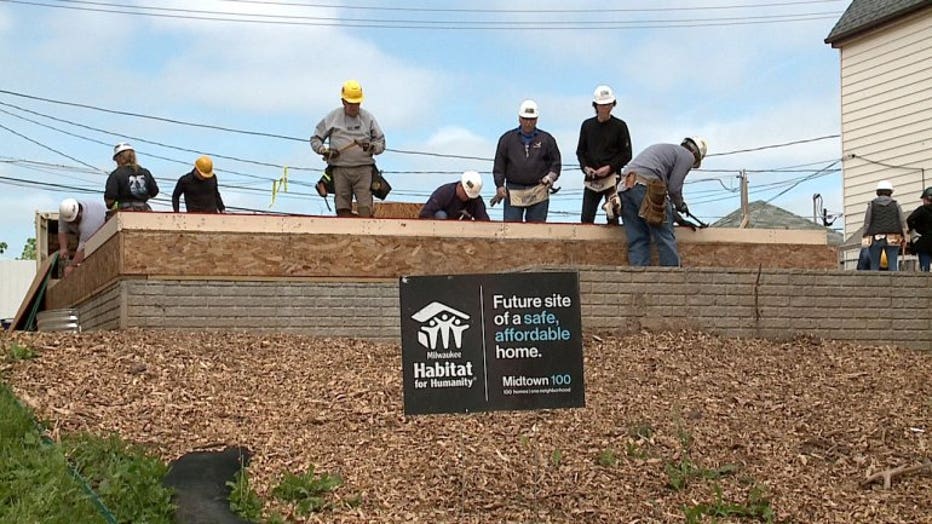 “And then that really can be a catalyst that can spill over to other areas of the neighborhood, as opposed to just kind of filling it in here or there," said Jeffers.

“It’s one of those unique areas in Milwaukee that should be a thriving, beautiful, wonderful neighborhood and sometimes it just needs a little bit of a jumpstart," said Tony Janowiec, president of Interstate Development Partners. 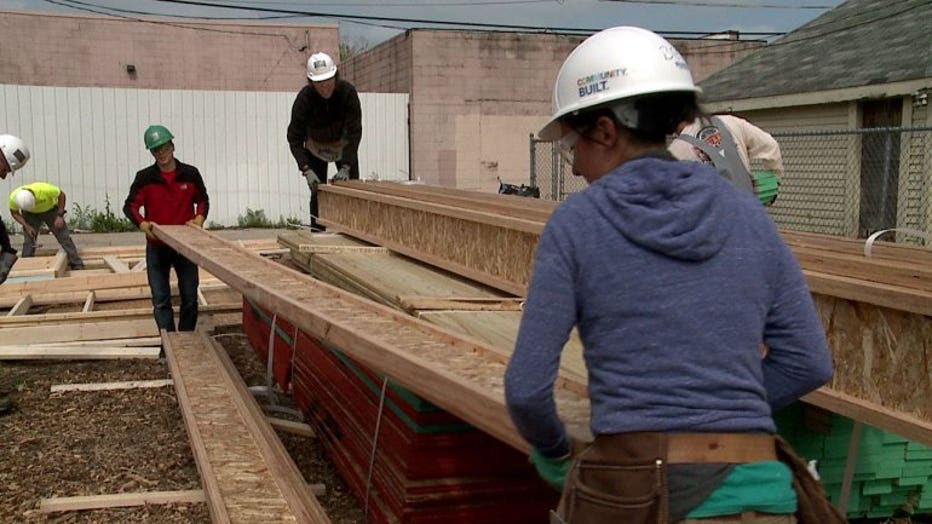 It’s a chance to change the city, one nail at a time.