RICHMOND, Va. — An arrest has been made in the death of a pit bull that was tied to a fence in a Virginia park, covered in accelerant and set on fire.

The Richmond Times-Dispatch reports 20-year-old Jyahshua A. Hill was arrested Monday by U.S. Marshals and charged with felony animal cruelty. The dog was found at the park in February and treated by Richmond Animal Care and Control, which named him Tommie. 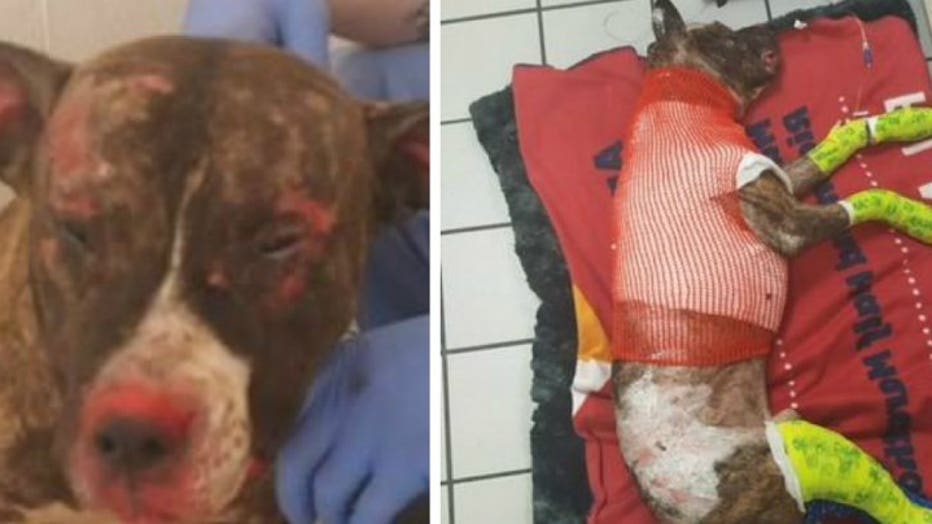 A picture shared by the shelter showed Tommie covered in bandages and casts while snuggling a stuffed animal. He died days later.

Hill faces up to five years in prison. It's unclear if he has a lawyer.