MILWAUKEE -- The Milwaukee County Sheriff's Office says a truck traveling northbound on I-43 struck light poles in the median near Hampton Ave. on Friday afternoon, May 4. The incident happened around 3:20 p.m.

Six cars were struck by debris from the incident. But nobody was hurt.

Two poles were knocked down came to rest in both southbound and northbound lanes.

UPDATE: As of about 5 p.m., the Wisconsin Department of Transportation (WisDOT) noted all lanes in the area were open, but significant delays remained. 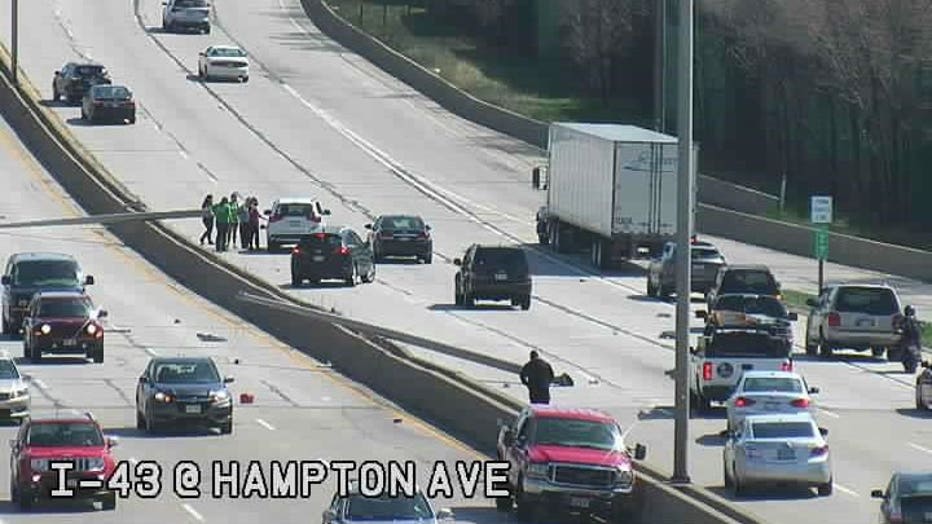