FRESNO COUNTY, Calif. (KSEE/KGPE) — Surveillance cameras captured a disgruntled employee attacking the owner of a Northern California hemp store, stabbing him before the owner's brother beat the suspect severely, according to the Fresno County Sheriff’s Office.

Deputies responded to a report of a stabbing at Yosemite Hemp Company in Friant around 6 p.m., spokesman Tony Botti said.

The 42-year-old owner was in the process of firing a store employee, identified as Jose Ramos, 27, when Ramos got upset and stabbed the owner, police said. 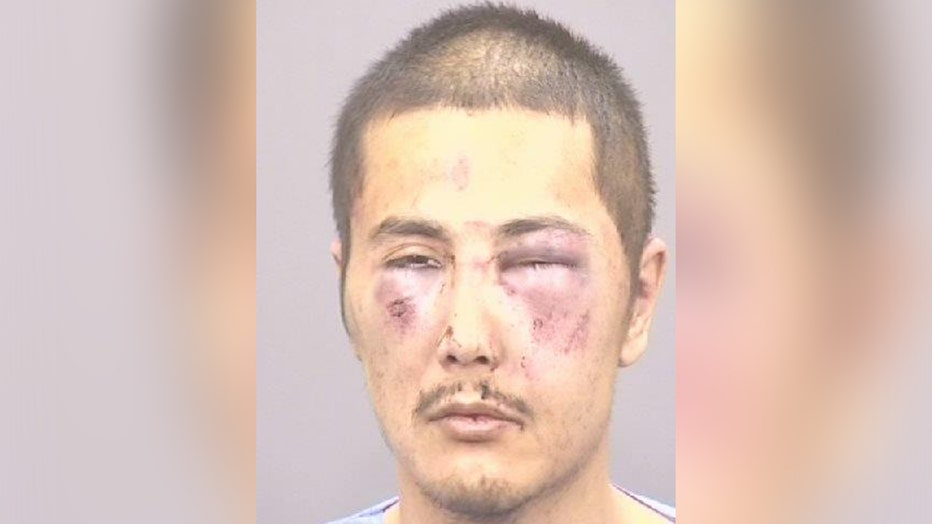 Jose Ramos, 27, was beaten up by the victim’s brother after stabbing the owner of a Fresno County hemp shop (Fresno County Sheriff’s Office)

The victim’s brother showed up and beat up Ramos, Botti said. Deputies arrived and contacted everyone involved.

The store owner was airlifted to an area hospital, while the suspect was taken to a hospital by ambulance.

Botti said both the suspect and victim were later listed in stable condition.

Ramos was arrested for assault with a deadly weapon, the sheriff’s office said. The victim’s brother is not facing any criminal charges as he was defending his brother from an attack.

Deputies continue to investigate the incident.