SEATTLE - Seattle Police are asking for help to identifying a serial armed robber targeting Baskin-Robbins stores and Subway shops, according to KCPQ.

Detectives say he has hit at least three since October. In the most recent robbery, the suspect described as a black male 40's to 50's years old with a possible shaved head, entered the Baskin-Robbins with a large knife at about 4:30 pm.

"As soon as I get to the counter, he grabs me by the apron and then holds his knife to my stomach and he says, 'Open the register, give me all the money in it' and I looked down and I'm like 'whoa' cause it's just like a huge knife at my stomach and I'm just like oh my god, we're being robbed," said Leslie who asked us not to share her last name for her safety. 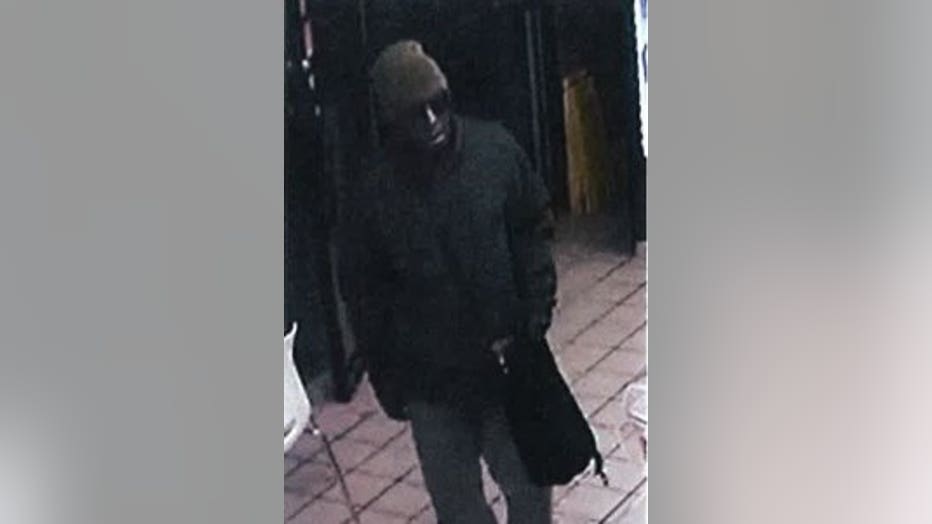 What the crook didn't count on was her male coworker who told the crook to calm down while he opened the register. The robbery suspect put the knife down on the counter and lunged for the cash.

"The suspect backs up like he’s stunned, can’t believe that this just happened. Now, his weapons gone," said Ret. Det. Myrle Carner from Crime Stoppers of Puget Sound who is offering a cash reward of up to $1,000 for tips to identify the suspect.

Instead of leaving empty-handed, the thief jumped the counter.

"He’s very intent on getting that money. He doesn’t care if the clerk has the knife or not," said Carner.

That's when Leslie says her coworker jumped into action, landing several punches and kicks on the suspect who was trying to get to the register.

Eventually, the crook was able to get six dollars before bolting out the door with the clerk hot on his heels.

"I told him he was a hero and I bought him a cup and said you're awesome! Stay like that," said Leslie.

Police believe the same suspect is responsible for robberies at another Baskin Robbins store and at a Subway restaurant. In both cases, the man threatened to kill the victims.