OCONTO COUNTY -- The harsh winter has wreaked havoc in Wisconsin, and a building at a Boy Scouts camp in Oconto County was no match for the snow. Video was rolling the moment the roof gave way and collapsed.

A drone captured video of the dining hall and program center with what appears to be at least a foot of snow on the roof. Video from the ground shows the walls nearly bursting from the weight of the snow on top.

The roof eventually gives way and video shows it crumble to the ground. 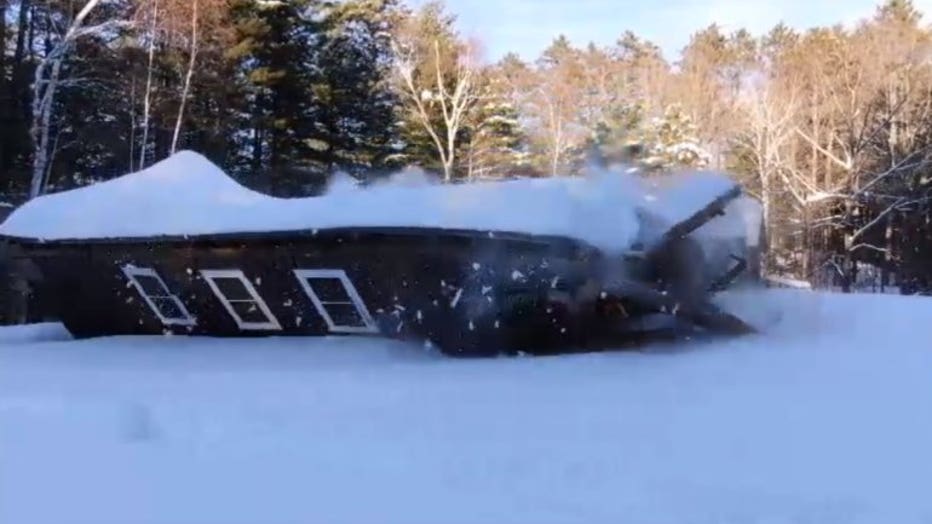 The camp captioned the video, "A Northwoods Winter...An unexpected situation..."

WLUK reports the building was constructed in 1949, and moved to the current location in 1952.

According to WLUK, the facility is more than a traditional summer camp, including a pistol course and maple syrup days.

No one was hurt in the collapse.