GLENDALE -- North Shore Fire and Rescue officials on Thursday, June 8th recovered a vehicle from the Milwaukee River after a bank robbery and pursuit.

The bank robbery happened at the US Bank on Brown Deer Road near Deerwood Drive in Brown Deer. A pursuit followed, and neighbors along Sunny Point Road said the suspect vehicle drove through their yards and into the water. 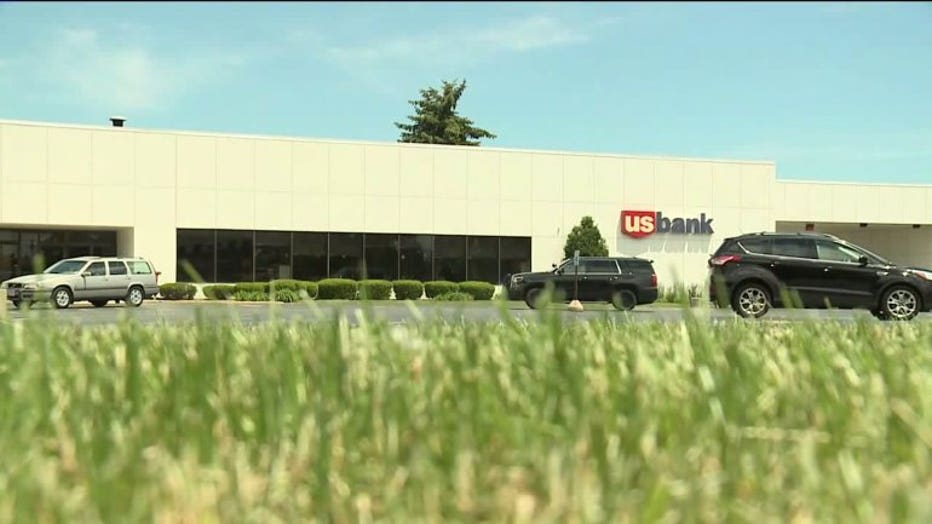 "The suspect left the roadway and drove through a resident of Glendale's backyard for approximately 100 yards through a garden, a patch of grass and ultimately down the bank into the river where the vehicle was disabled by the crash," Nick Anderson, Brown Deer Police Department said.

Anderson said some Brown Deer police officers were in "the right place at the right time" after the robbery.

"There was one officer that was one of our detectives in our unmarked squad that actually observed the suspicious vehicle fleeing at a high rate of speed and was able to follow them safely," Anderson said.

Glendale police assisted as the vehicle entered their city. 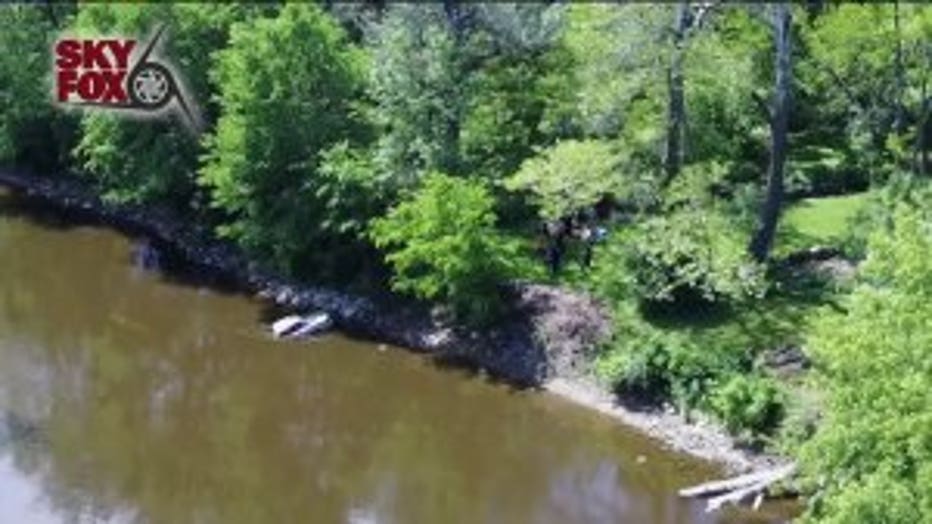 "They know these neighborhoods and subdivisions down here much better than we do. Based on where the car was going and its potential outlets, we knew that if we all converged in the same area, we knew we had a very probability of locating both the vehicle and the suspects in a short amount of time," Anderson said.

The suspects initially ran from their half-submerged vehicle, prompting officials at Parkway Elementary School across the street to temporarily place the building on lockdown as a precaution.

"The children were advised to stay inside until the lockdown was lifted," Todd Lynch, Glendale Police Department said. 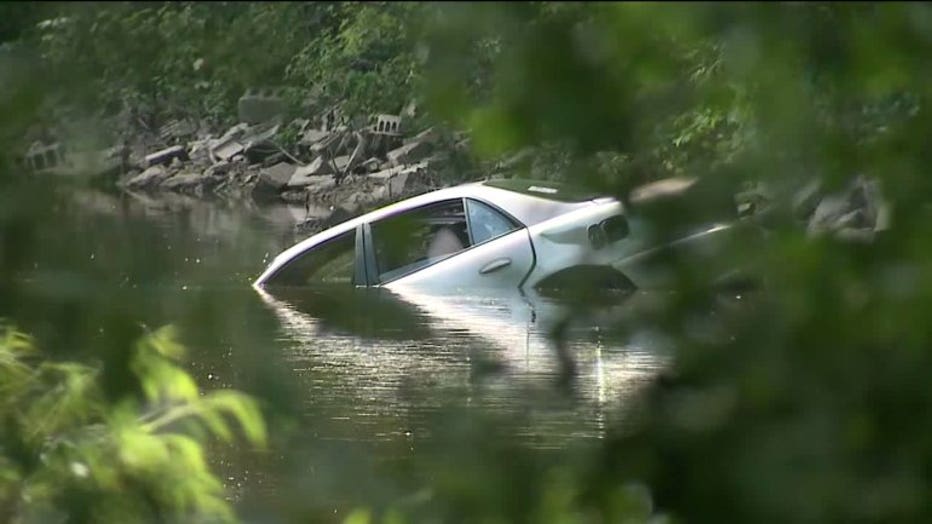 One suspect was taken into custody near the crash site. The other was arrested on the Milwaukee River Parkway near the Oak Leaf Trail, after neighbors alerted officers. 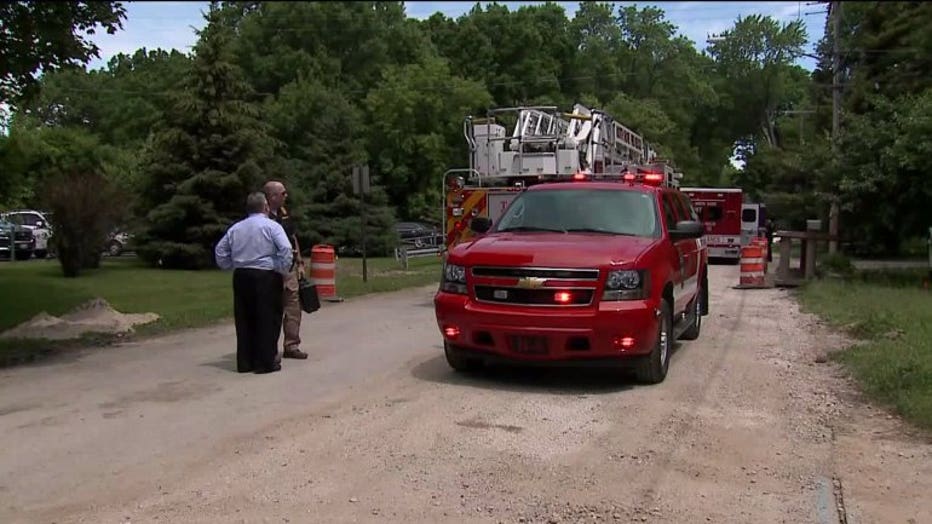