RIPON, Wis. -- When the vice president comes to Ripon...

"You said you have goosebumps, why?" FOX6 asked. 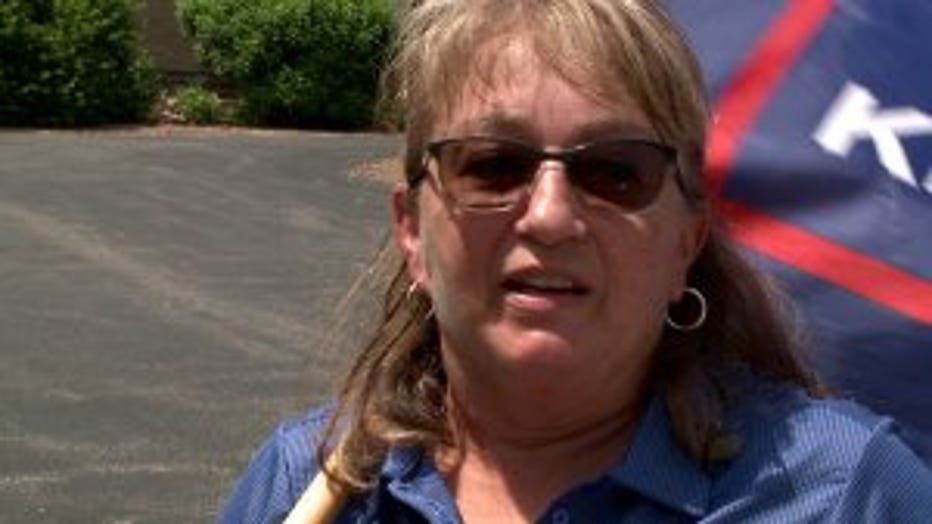 Others say they've had enough. 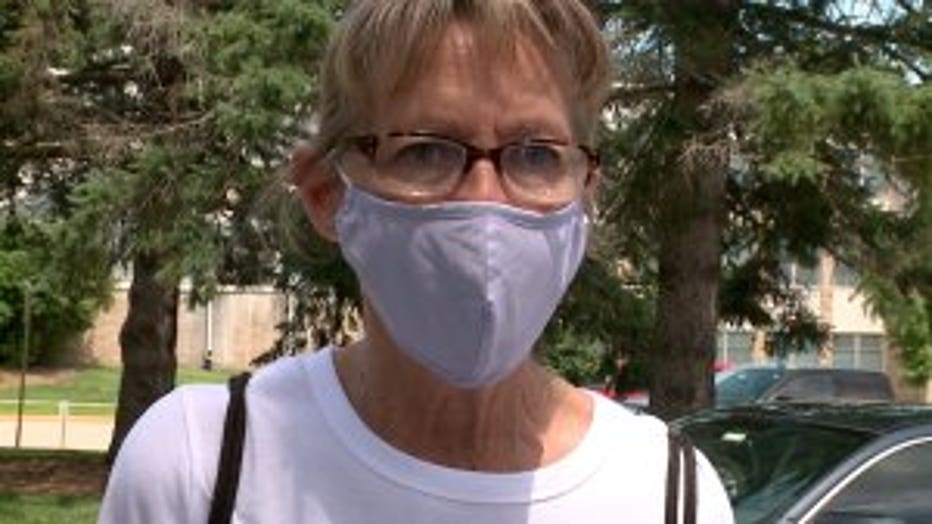 'I have voted both parties. I vote for a person. I like the character of Joe Biden. I like his leadership skills. I believe he is going to bring together a cabinet under his leadership that will be able to build consensus. get some consistency and get rid of chaos," Ripon resident Sandy Juedes said.

"The college rented this space to the campaign if the school's social distancing rules were followed. That includes wearing a mask and keeping people six feet apart," Jason Bridge said. 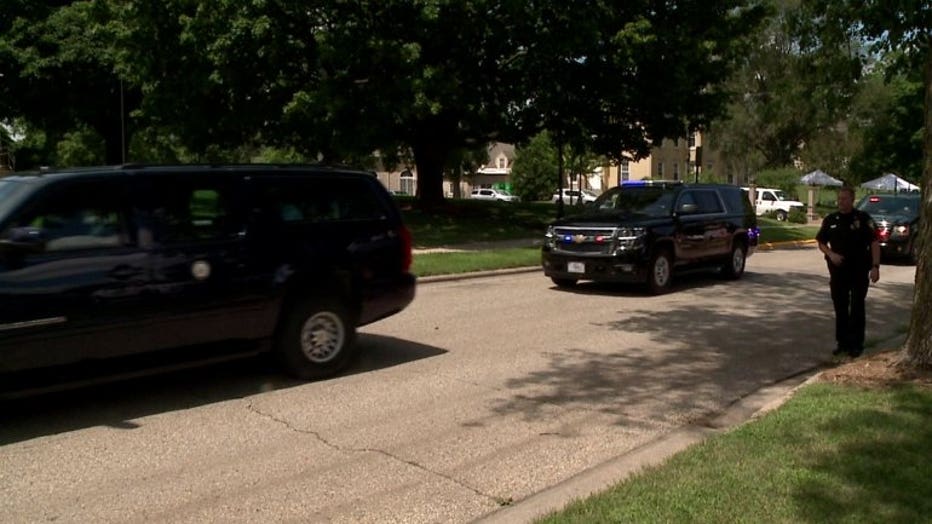 "Joe Biden would lead to socialism."

With the White House on the line, Vice President Mike Pence attacks.

"Joe Biden would be an auto-pen president...a trojan horse that would transform our country into something unrecognizable," the vice president said.

The Biden campaign fires back: "...hundreds of thousands of Wisconsinites are out of work, and Donald Trump's horrible economic policies have harmed Wisconsin at every turn." 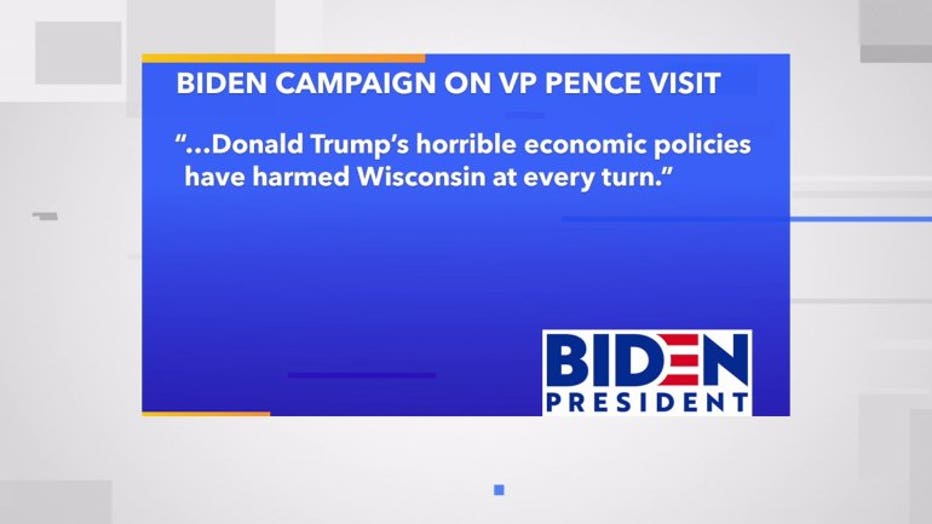 "I don't believe Biden would lead to socialism. I believe that he's paying attention to that thread in our society, are complex, the different philosophical positions," Michele Whittler said. 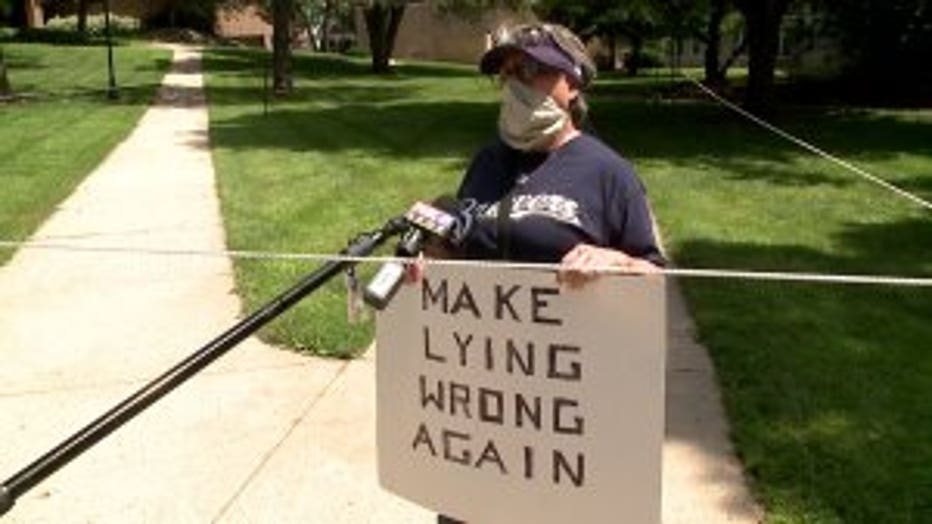 Ripon may be the birthplace of the Republican Party, but will Wisconsin stay with the Republicans in 2020? The polls are not looking for President Trump. He's behind former Vice President Joe Biden by 8 points, in the latest Marquette poll. 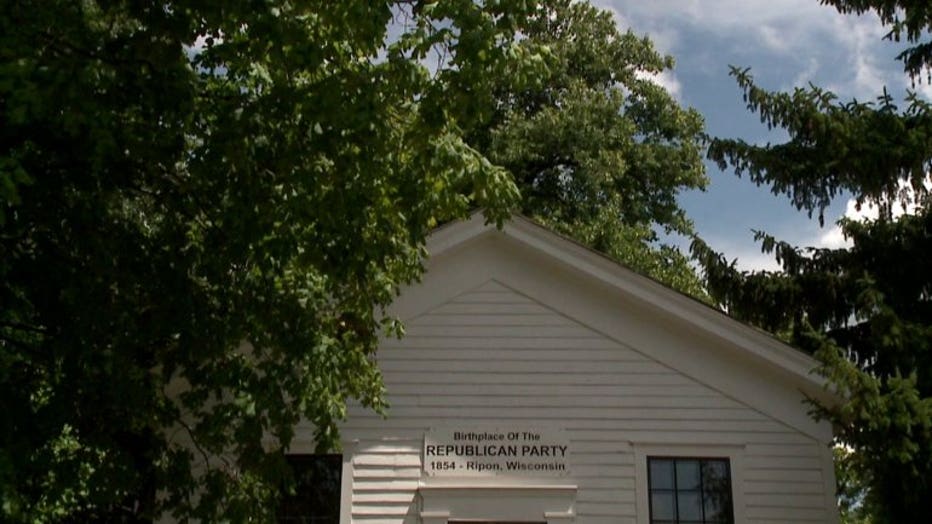 Vice President Mike Pence stepped up attacks on Joe Biden with an aggressive speech Friday in the birthplace of the Republican Party, casting the election in under four months as a choice “between freedom and opportunity and socialism and decline.”

Pence, drawing sharp contrasts between President Donald Trump’s vision for the country and that of Biden and other Democrats, said the election will determine “whether America remains America. ... or whether we leave for our children and grandchildren a country that’s fundamentally transformed into something else.”

Pence's message in Wisconsin reflects a broader effort from Trump's reelection campaign and his allies to paint November in the starkest terms, and it highlights the core message the president appears to have settled on for the closing months of the campaign.

The speech delivered on the campus of Ripon College in battleground Wisconsin comes as polls show Trump trailing Biden, the presumptive Democratic nominee, in a state that Trump won by fewer than 23,000 votes in 2016. Winning Wisconsin is key to both Trump and Biden’s plans for victory.

Biden, for his part, also frames November as a fundamental choice, with his campaign's paid advertising and daily arguments casting Trump as fundamentally unfit for the presidency. Biden points repeatedly to Trump downplaying the coronavirus pandemic and stoking racial tensions amid a national reckoning with police violence against Black Americans and centuries of systemic inequalities. Beyond Republicans' usual framing of Democrats as tax-and-spend liberals, Pence's attack on Biden Friday was pegged in part to the Democrat's sweeping economic proposals, from making a government health insurance plan available to all working-age Americans to a $2 trillion plan to overhaul the nation's energy grid and reduce the carbon pollution driving the climate crisis.

Pence said that if Biden wins the election, the country will spin into economic decline, be less safe and have open borders and taxpayer-funded abortions. He accused Biden of having a “radical agenda” that will “transform this country into something utterly unrecognizable.”

Pence said Trump, not Biden, supports law enforcement and will “stand with African American families and all minorities to improve our quality of life in our cities and towns.” He called a recent rise in shootings and murders in some major cities a "frightening preview of Joe Biden's agenda in action.”

“The hard truth is you won’t be safe in Joe Biden’s America,” Pence said.

Pence said Biden had aligned himself with “socialist Bernie Sanders and the radical left wing of the Democrat Party.”

Pence referenced Ripon’s place in history as the birthplace of the Republican Party while invoking former Republican presidents Abraham Lincoln and Ronald Reagan in attacking Biden as someone who supports socialist agendas like the one of former Cuban dictator Fidel Castro.

Pence cast Trump’s record before the coronavirus pandemic crippled the economy as an “extraordinary three years of progress and renewal.” He said Biden would crush the economy with new clean energy regulations, move toward socialized medicine, open the borders, have taxpayer-funded abortions and work against school choice.

“That’s a ludicrous argument, and I think they will have a very hard time getting that to stick to Joe Biden,” she said, pointing to the candidate's long record of making deals as a senator and as vice president. The Pence visit came as COVID-19 cases were spiking in Wisconsin. Only about 50 people were allowed into the room where he spoke, with chairs set up so they would be at a distance. They had temperature checks before entering and were given a squirt of hand sanitizer. Ripon College policies require everyone in a campus building to have on a mask, and those who attended the speech complied.

Pence wore a mask when he entered the room but removed it for his speech.

Pence was also scheduled later Friday to tour a dairy farm in western Wisconsin outside of La Crosse and participate in a round table discussion with farmers. Trump won that congressional district by 4.5 points in 2016.