MILWAUKEE -- Workers rehabbing the Milwaukee Soldiers Home have stumbled upon some incredible history -- a collection of etchings in the main tower of Old Main.

A news release says Peter Schumacher – an apprentice with JP Cullen, was working in the main tower of Old Main. As Schumacher was taking measurements and inspecting the historic windows he noticed several etchings in the wood siding of an area with limited accessibility. These etchings read “Chas. H. Lass 107 Eng 32 Div, 1917-1919” and were dated May 26, 1924. 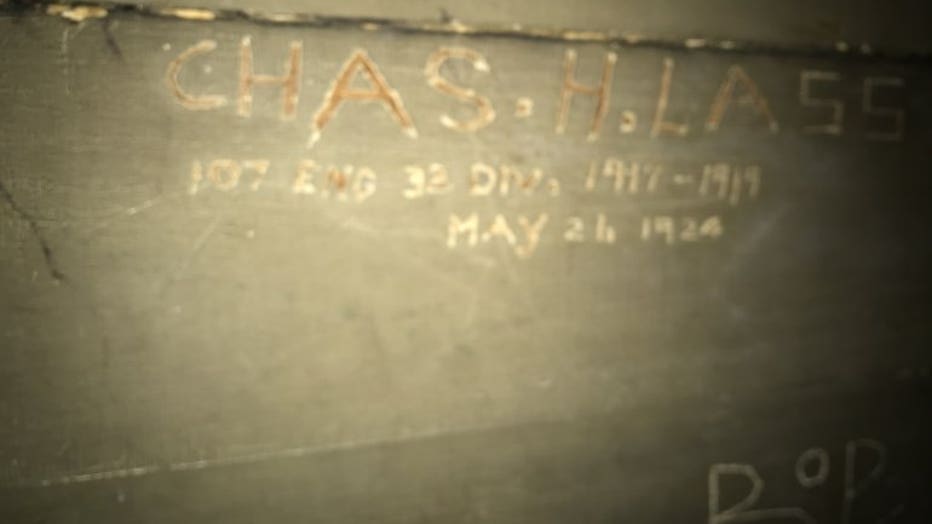 Luke Mikula - a site engineer also with JP Cullen, who was working alongside Schumacher - couldn’t believe he was looking at an engraving from a WWI veteran and decided to investigate further. After taking his search online Mikula discovered the 32nd division was comprised of men from Wisconsin and Michigan, with the division’s inception beginning at the famous Iron Brigade of the Civil War. The 32nd division later became known as the Red Arrow Division, with their patch depicting a red arrow shooting through a line to reflect their success at breaking through enemy lines. 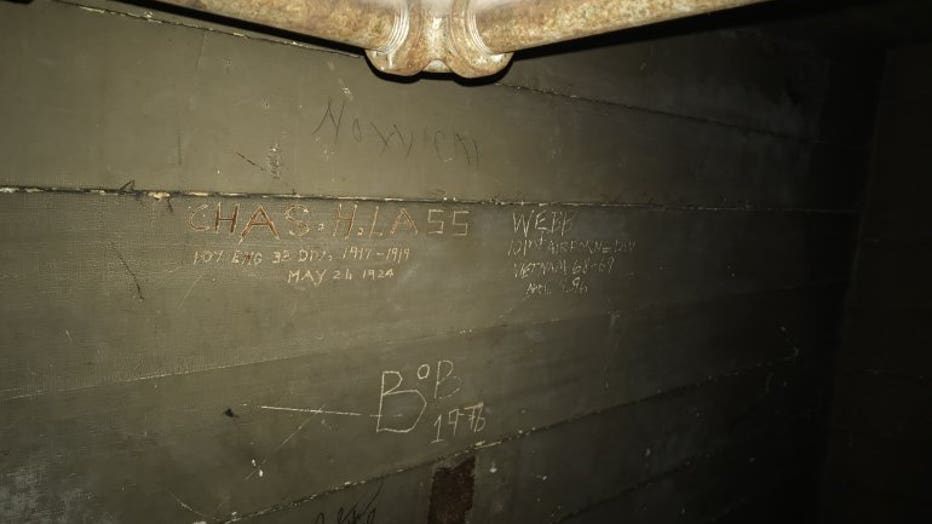 “I was shocked, and it really hit home to find this right before Memorial Day almost 100 years after it was carved into the tower” says Mikula. “It’s a reminder of why we’re doing this and who we’re doing it for.” 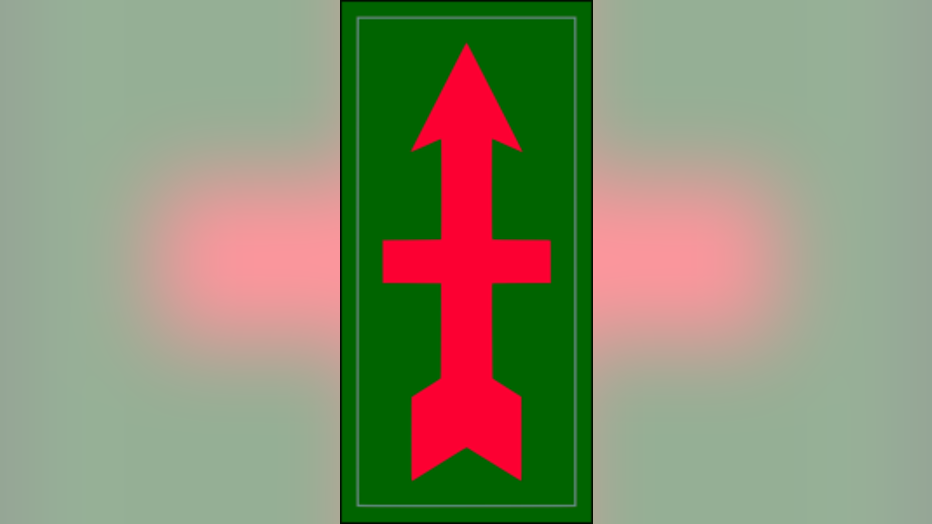 Mikula further discovered that The Red Arrow Division was the first of US Troops to set foot on enemy soil in WWI and penetrated every single German line of defense that they faced throughout the war. In fact, Red Arrow Park in Oshkosh off of Highway 21 is named in honor of the Red Arrow Division and displays a monument of the division’s patch. (Krueger note: So is Red Arrow Park in downtown Milwaukee, just north of City Hall where they also have a monument featuring the red arrow)

“As we spend the weekend observing Memorial Day and honoring the men and women who so nobly served our country, we’re reminded that these historic buildings have stories and purpose” says Joe Alexander, President of The Alexander Company. “We think the Red Arrow Division would be proud of the work we’re doing here today.”

The Alexander Company is Wisconsin-based and has over 35 years of experience in historic preservation and adaptive reuse developments. Project architecture is led by The Alexander Company and Uihlein/Wilson – Ramlow/Stein Architects. JP Cullen manages construction of all structures. Upon project completion, HACM will manage the housing units. Supportive services will be managed by the Milwaukee VA Medical Center, and include onsite education, employment assistance, financial assistance, counseling, and transportation services. Construction is expected to come to completion in the first quarter of 2021.