Bob Donovan, candidate for Milwaukee mayor, unveiled his three-pronged plan to crack down on vehicle thefts in the city.

"We have experienced a horrendous increase in auto thefts in the last couple years. That is out of control. That is another epidemic that our city is faced with," Bob Donovan, candidate for Milwaukee mayor, said.

Donovan unveiled on Monday, March 21 his plan to crack down on these thefts.

He highlighted the work of a Milwaukee inventor – something that costs $150 and is already installed in about 30 cars.

"If we try to start it, and it’s disabled, it’s not going anywhere," Jonathan Goldoff, inventor of the NoGo, explained as his business partner unsuccessfully tried starting Goldoff's SUV. 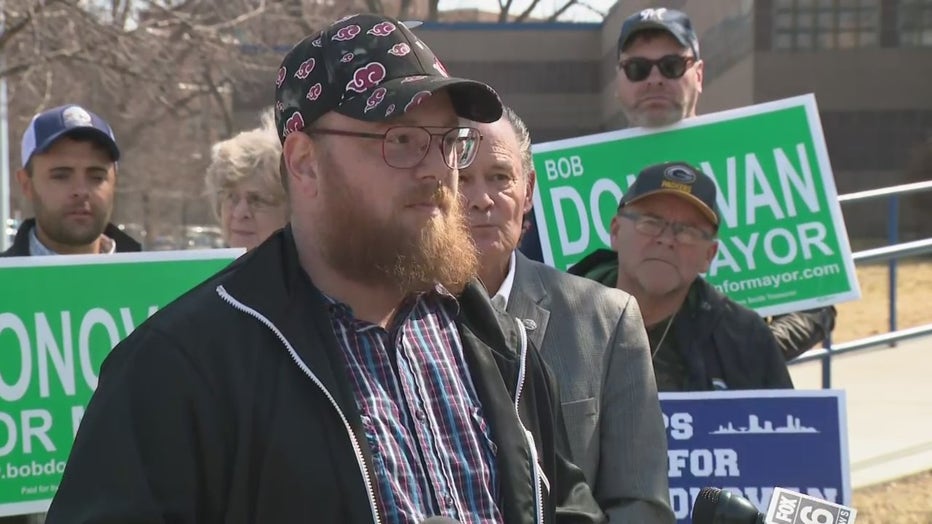 The NoGo is an invention to stop car thieves.

"Right now, it’s not enabled. So if he tries to start the vehicle, it’s not going to start," Goldoff said.

Thieves stole Jonathan Goldoff's car in 2017. Now he is trying to stop them. His company now installs a device that will not allow a car to start without your phone and an app, which connects to the NoGo car device through Bluetooth technology. 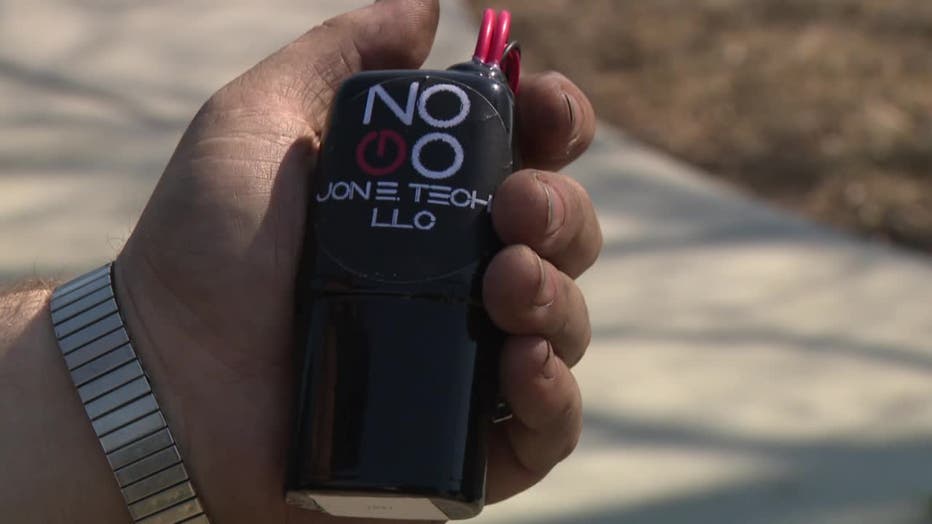 "If I enable it, it’ll start right up," Goldoff said as he used the app to allow the car to start.

He explained it stops criminals. "It’s not worth their time. Time is money. Time is getting you caught. I think it’s about 30 seconds that they’ll spend trying to steal a car and it doesn’t work, they just go to the next one."

Former Milwaukee Alderman Bob Donovan highlighted the NoGo on Monday. He told reporters his plan to combat car thefts includes working with the private sector to use technology like this tool created in Milwaukee.

"Technology exists," Donovan said, "we as a local government need to take advantage of that and think outside the box."

Bob Donovan, candidate for Milwaukee mayor, talks about his plan to deal with vehicle thefts in the city

Bob Donovan, candidate for Milwaukee mayor, talks about his three-pronged plan to deal with vehicle thefts in the city.

Donovan's plan also proposes a strike force of police – not just from Milwaukee, but also from the suburbs, the Milwaukee County Sheriff's Office, and possibly the Wisconsin State Patrol – to retrieve stolen cars. He also suggested hiring retired police to help. 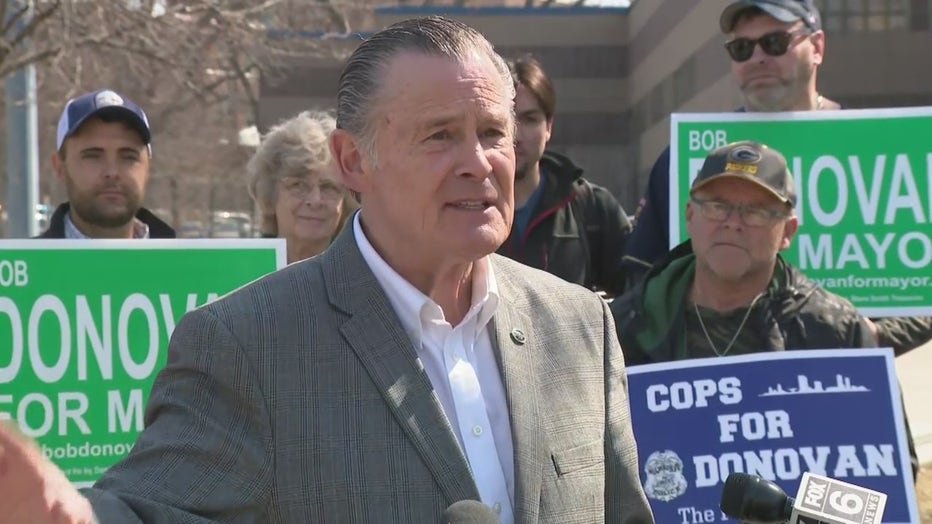 Donovan also said those who are caught need to be prosecuted to the fullest extent of the law – and pay victims' restitution of at least $7,000.

"Don’t do it, because your next joyride may end you in jail," Donovan warned would-be thieves.

As far as paying for the extra police and technology, Donovan said there are plenty of places to tap into – including the federal American Rescue Act money – as well as private businesses.

"The Mayor, in the days before and after taking office in December, laid out two comprehensive public safety plans, on violence and reckless driving, that are already bearing fruit in increased enforcement and neighborhood-level intervention.

"There’s much more to be done, but empty slogans aren’t the way to do it," concluded Bauman. "We are confident the voters will see through Alderman Donovan’s rhetoric and choose Mayor Johnson to lead us forward."

A new poll conducted by American Strategies on behalf of the Greater Milwaukee Association of Realtors finds crime is the number one issue on the minds of registered voters in the city:

Respondents were also asked if they or someone in their home had experienced a car theft. The poll found 15% said yes, while 84% said no.

Milwaukee County Executive David Crowley signed legislation which provides $45 million in bonded funding to the Milwaukee Public Museum for the construction of a future building.