LOS ANGELES -- Vanessa Bryant made her first public comment Wednesday since the helicopter crash that killed husband Kobe Bryant, one of their daughters and seven other people, taking to Instagram to thank people for the global outpouring of support since the tragedy.

She also announced the formation of a fund to help support the other families that were affected by the crash.

“Thank you for all the prayers. We definitely need them,” Vanessa Bryant wrote. “We are completely devastated by the sudden loss of my adoring husband, Kobe — the amazing father of our children; and my beautiful, sweet Gianna — a loving, thoughtful, and wonderful daughter, and amazing sister to Natalia, Bianka, and Capri. We are also devastated for the families who lost their loved ones on Sunday, and we share in their grief intimately.” 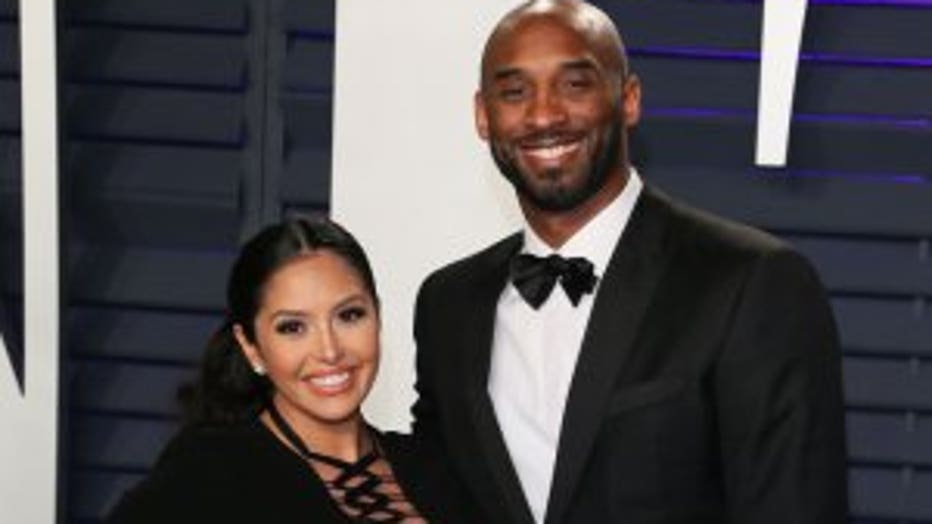 The Bryants would have celebrated their 19th wedding anniversary this April. They had four daughters including Gianna, the 13-year-old who died in the crash.

“There aren’t enough words to describe our pain right now,” Vanessa Bryant wrote. “I take comfort in knowing that Kobe and Gigi both knew that they were so deeply loved. We were so incredibly blessed to have them in our lives. I wish they were here with us forever. They were our beautiful blessings taken from us too soon.”

It was the first statement from the Bryant family since the crash. The Los Angeles Lakers — the team that Bryant spent 20 years with, winning five championships — held a media availability Wednesday as well, their first since learning of Bryant’s death.

Bryant's Granity Studios also released a statement late Wednesday remembering both Bryant and his daughter as well as the other victims — Alyssa, John and Keri Altobelli; Payton and Sarah Chester; Christina Mauser and Ara Zobayan.

“Granity is a word Kobe created that is a combination of greater than infinity. How very Kobe," the studio's statement read. “In everything he built, Kobe was driven to teach the next generation how to reach their full potential. He believed in the beauty of the process, in the strength that comes from inner magic, and in achieving the impossible. We honor and will continue Kobe's mission and commitment to using creative education to inspire people to be the best version of themselves."

The Lakers had been scheduled to play against the Los Angeles Clippers on Tuesday, a game the NBA postponed out of respect to Bryant, the other victims and the grieving process. The Lakers will next play on Friday, at home against Portland.

“I’m not sure what our lives hold beyond today, and it’s impossible to imagine life without them,” Vanessa Bryant wrote. “But we wake up each day, trying to keep pushing because Kobe, and our baby girl, Gigi, are shining on us to light the way. Our love for them is endless — and that’s to say, immeasurable. I just wish I could hug them, kiss them and bless them. Have them here with us, forever.”

There has been no announcement on funeral or memorial plans yet for Kobe and Gianna Bryant. Vanessa Bryant asked for continued respect of her family’s privacy as it begins to “navigate this new reality.”