MILWAUKEE -- A University of Wisconsin-Milwaukee student is fighting a citation after tearing up another student's swastika sign during a protest on campus.

Grae Hosmanek, a junior at UWM, said she doesn't regret what she did because she believes she was preventing something bad from happening. Police said what she did was illegal, and could have caused more problems. 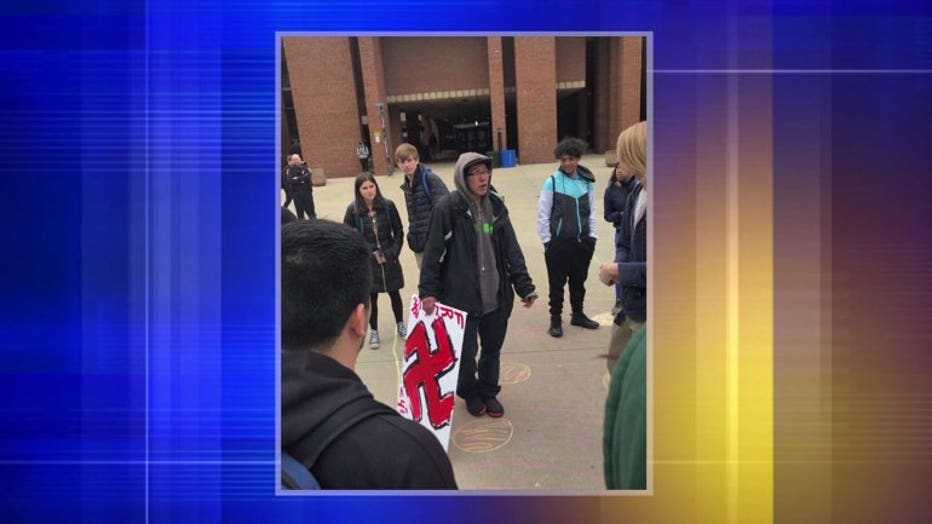 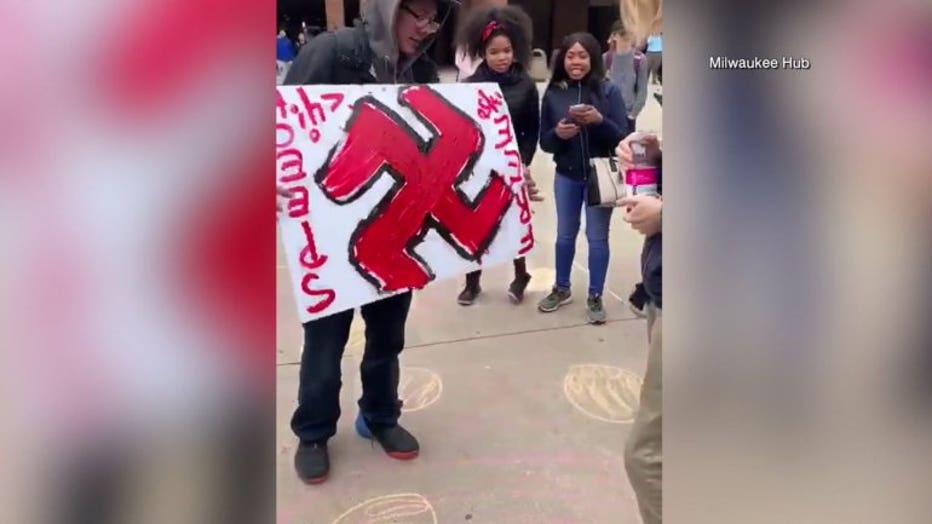 "He was saying things like, 'Gas the Jews'," said Hosmanek.

What was supposed to be a peaceful event celebrating Jewish culture quickly became a painful reminder of the Holocaust when a man arrived wielding a hateful sign with words UWM Hosmanek refused to take lightly. 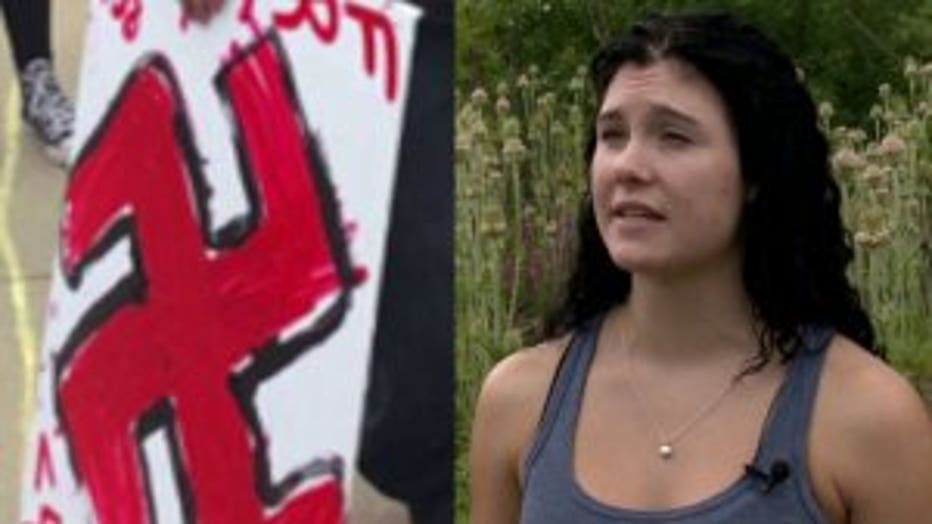 "I kind of watched the interactions he was having with other students, and how they became increasingly upset," said Hosmanek. "They started threatening violence against him, and in that moment, I was like, 'Friends, hold my stuff. The minute he puts that sign down, I'm going to take it and remove it. This is going too far.'"

Shortly before the incident in May, FOX6's cameras were rolling as the man explained why.

"I just wanted to spark the conversation," said Chris, the man with the sign. "I knew that was the best way to get attention. It had nothing to do with actually wanting to offend people."

Hosmanek grabbed the sign and ran, ripping it to shreds. UWM police said they had warned her shortly before that to stand down. 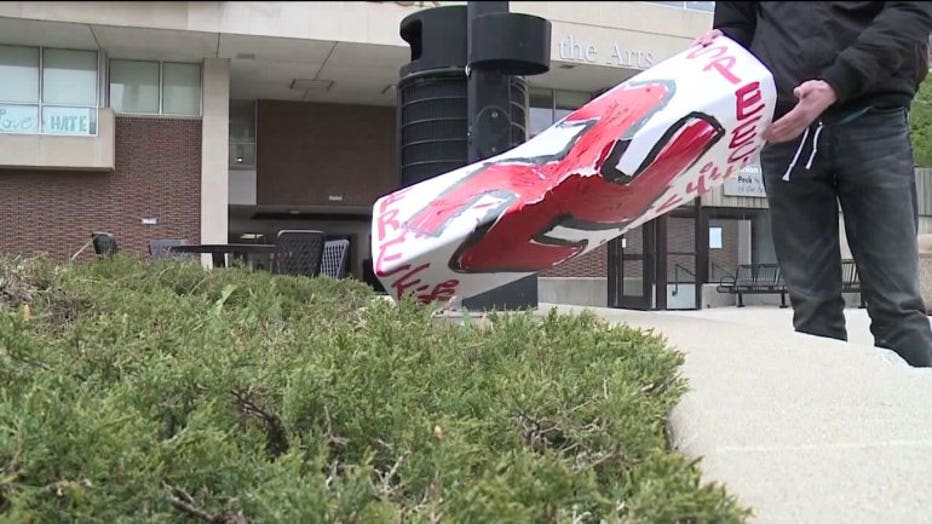 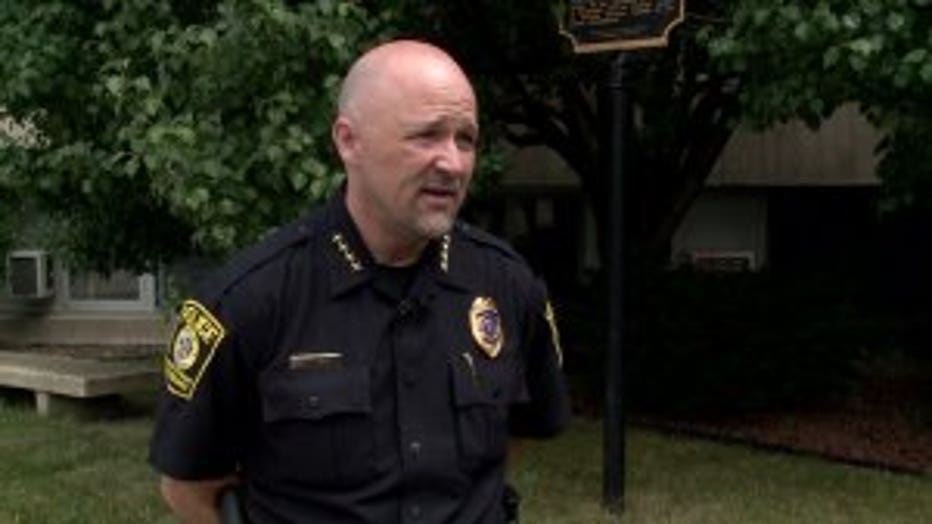 "If somebody had done something where they went to take a sign from somebody and it caused a fight, and that fight caused other people to jump in and fight, you would end up with a scene that was horrible on all sides," said Chief Joseph LeMire, UWM Police Department.

Hosmanek was arrested for obstructing an officer, vandalism, and theft. Chief LeMire said two were dropped because of her cooperation.

"People still have their right of free speech, even if that speech is not desirable, or it's speech that personally I would condemn myself," said Chief LeMire.

Hosmanek said she plans to fight the citation she still faces, suggesting she may have heard threats the officers didn't. 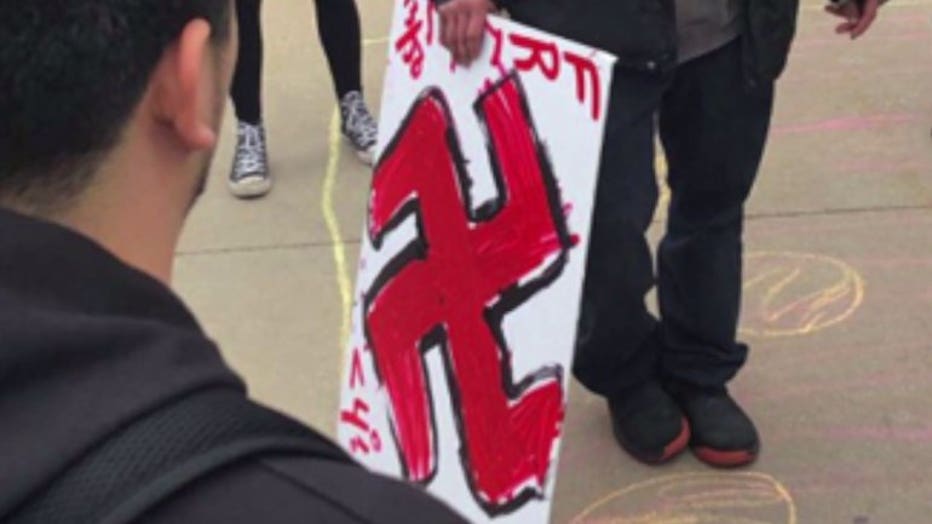 "They weren't taking care of it," said Hosmanek. "I mean no disrespect by that. The minute that you start threatening somebody, or saying in some way that you want to cause somebody harm, that is no longer OK."

Police said there's video of the incident that they would not release until Homanek's next court date Sept. 27, when a court trial was scheduled. Meanwhile, the student who was holding the Nazi sign was enrolled for the spring semester, according to university officials, but is not enrolled for the fall.