MILWAUKEE -- The University of Wisconsin-Milwaukee received two copies of a letter in the mail appearing to be from the Ku Klux Klan. College students are surprised they're being targeted. FOX6 News was able to speak to a man who sent it, who claims to be a in a group called the "Loyal White Knights of the Ku Klux Klan." He lives hundreds of miles away and is upset about a book. 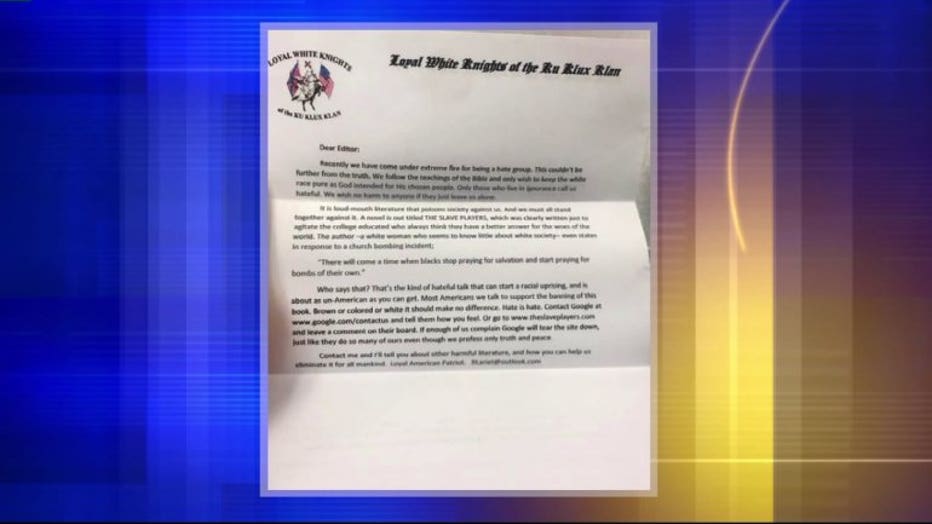 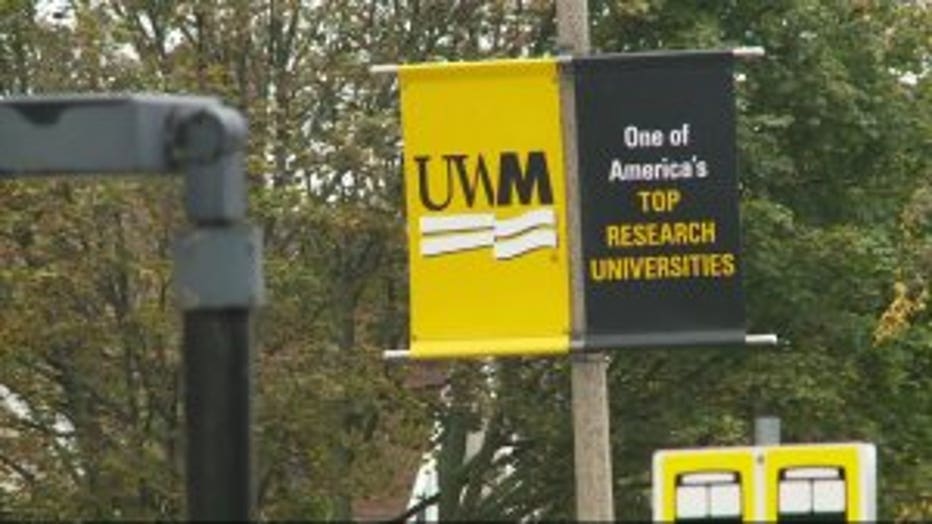 The piece of mail arrived at both the Journalism, Advertising and Media Studies department and the student newspaper.

The letter reads in part, "Recently we have come under extreme fire for being a hate group. This couldn't be further from the truth." The letter goes on to say, "Only those who live in ignorance call us hateful."

"Personally I think it is kind of ridiculous," said Adam Yang, UWM student. "Just to hear that. They kind of twist the bible around a little bit. So it is just crazy to hear that."

Students are shaking their heads confused why they've been targeted.

In the letter, the author asks students to join him to help boycott a new book, "The slave Players." The fiction thrilled, set in the deep south, depicting the murder of several African-American children, has appeared to strike a nerve with the KKK chapter based in North Carolina. 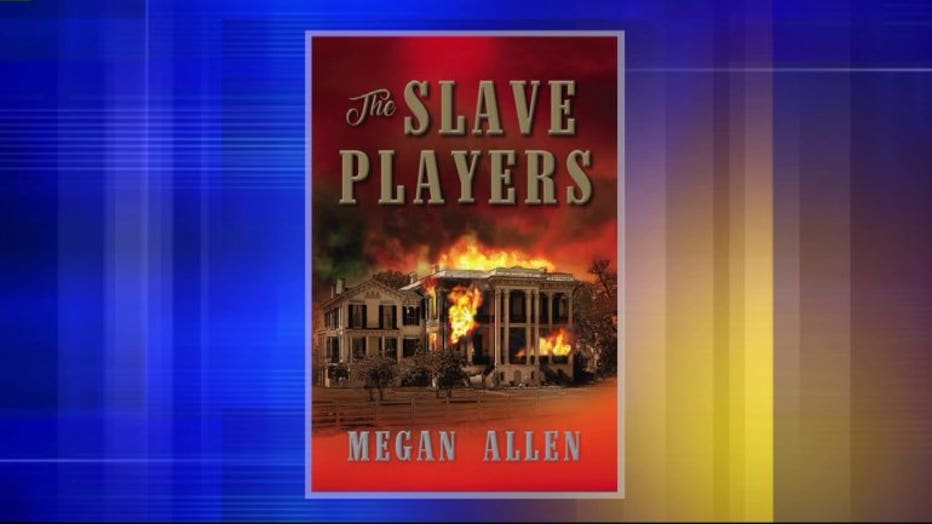 The letter sent to UWM asks students to send in negative reviews of the book.

The man who wrote the letter, named Roy Lariet -- told FOX6 briefly by phone, he lives in North Carolina and Florida. He then hung up, afraid we were "tracing his call."

Similar letters have been sent to UW-La Crosse and likely other universities nationwide with the hope some will join their cause that appears to have fallen on deaf ears.

The publisher of the book says they have received dozens of angry emails from the KKK members and that the author's fictional tale appears to be their reality. 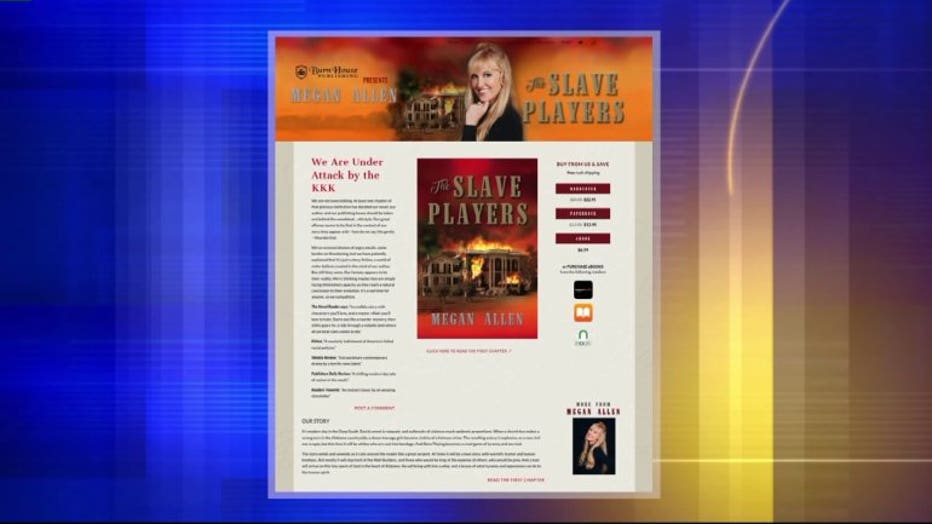 In a statement, UWM said the following:

"University offices often receive unsolicited mail because the addresses are easily found on our website. This is unfortunate but unavoidable because we want to be accessible and easily reached by current and prospective students and their families. The content of this letter is abhorrent to us. Diversity and inclusion are among UWM’s core values. We reject claims of racial superiority and stand firmly in support of a diverse campus that welcomes people of all races and religions."