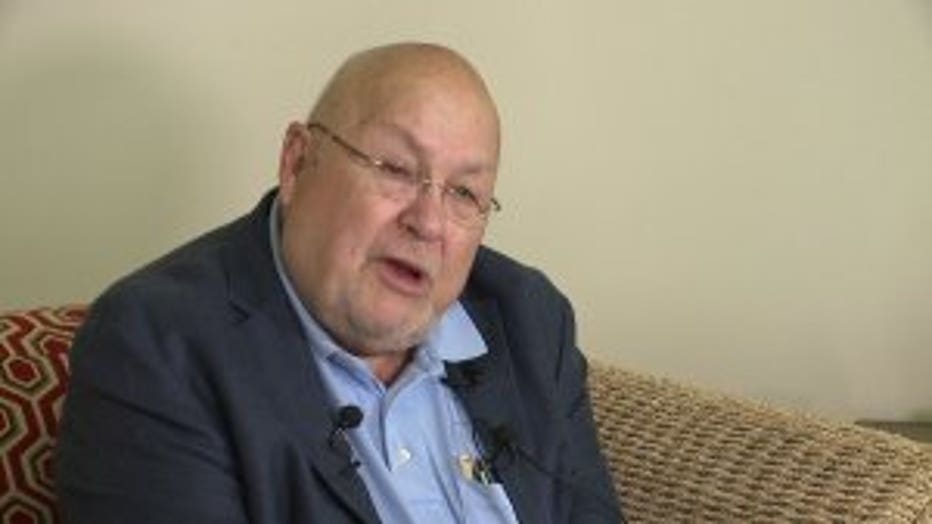 WASHINGTON — A U.S. Supreme Court  ruling leaves Wisconsin's controversial voting district maps intact -- at least for now. The high court's ruling puts the decision on whether our state's voter districts should be changed in the hands of the lower courts.

"It was not the outcome I was hoping for. I was still hoping we could have a new map for this election," said State Rep. Fred Kessler (D-Milwaukee).

At issue -- voter district maps and the way they are drawn. Some Democrats say they are rigged to favor electing Republicans. Republicans say maps -- approved by the Republican-controlled legislature -- follow the laws and Constitution. 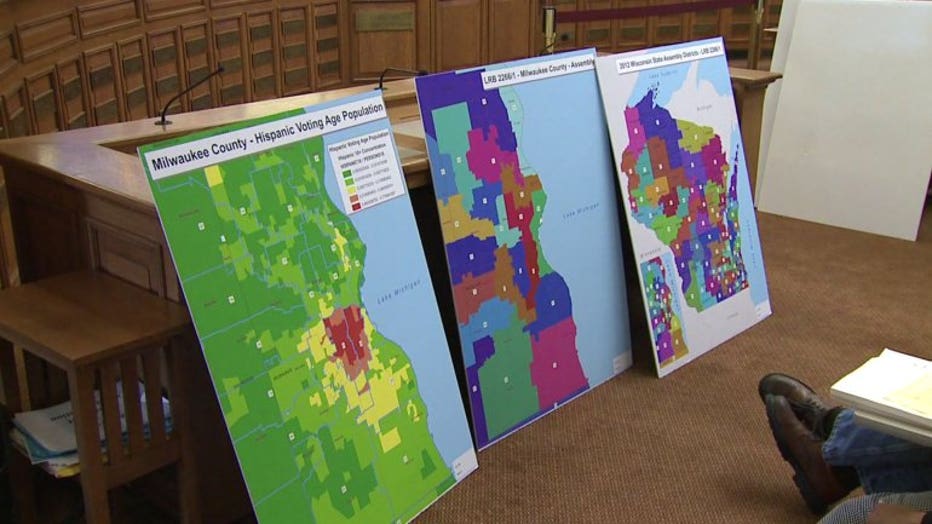 Kessler said he will introduce a voter map in the legislature and the court -- one that would provide more competitive elections. He called Monday's ruling a victory for Democrats because the case can move forward in the courts. 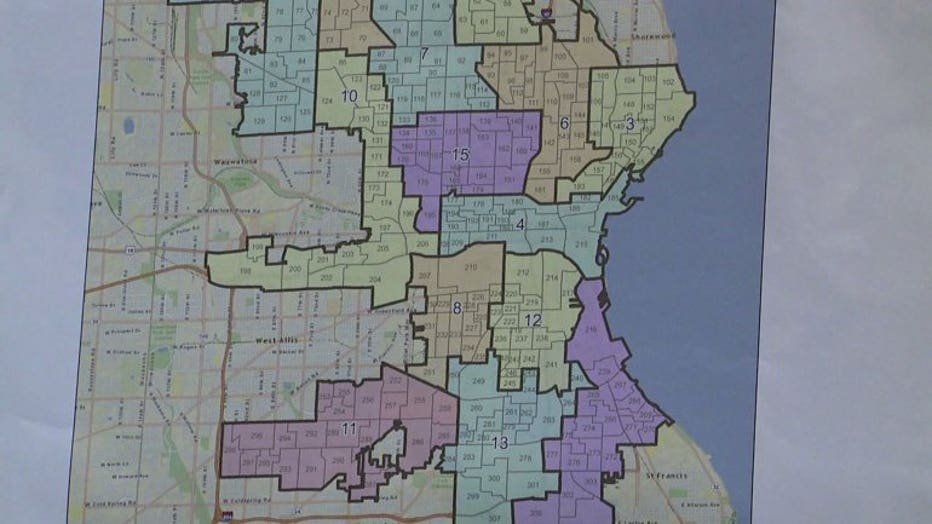 "It's still a victory. They've acknowledged the fact that partisan redistricting can be justiceable," Kessler said. 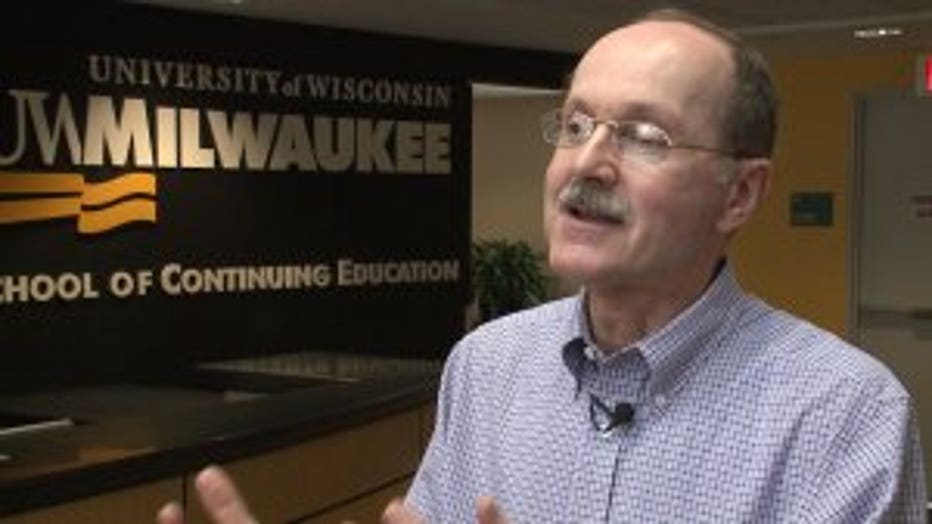 "When you have competitive districts, most candidates want to appeal to the middle. They want to be moderate. This was a test case," said University of Wisconsin-Milwaukee Professor Mordecai Lee.

Lee said the justices did not make a ruling based on whether the redistricting was constitutional. Instead, they pushed the decision to a lower court -- forcing the Democrats to make a new case to challenge the maps based on which specific voters were harmed and how.

"The party you prefer might not be able to win as many seats as they otherwise would; statewide doesn't constitute that type of individual particularized harm," said Rick Esenberg of the Wisconsin Institute for Law and Liberty. 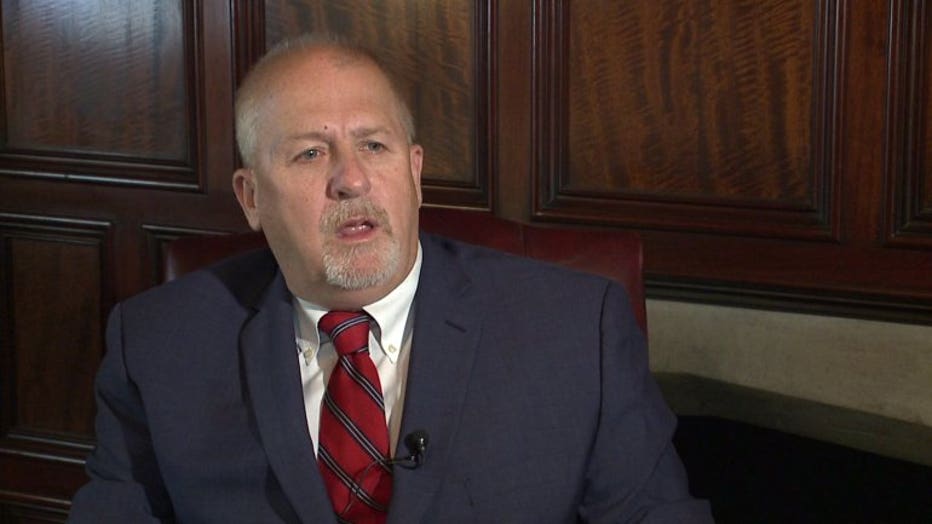 Rick Esenberg of the Wisconsin Institute for Law and Liberty

“I am pleased that the highest court in the land has unanimously reversed the trial court’s erroneous decision invalidating Wisconsin’s Assembly map. Today is win for the rule of law in Wisconsin, and a testament to the talented attorneys at the Wisconsin Department of Justice.”

“In 2011, Republicans in Wisconsin set out to draw maps that diluted the power of Democratic voters to ensure indefinite Republican control. The result has been an unfair electoral system that flies in the face of the foundational values of our representative democracy.

“The fight for fair maps did not end today. We will continue to advocate on behalf of Wisconsinites whose voices are not heard under this inequitable system."

“Democrats believe every voter deserves to have their voice heard. Republican efforts to suppress voters, restrict voting rights and rig elections through gerrymandered maps have demonstrated just how desperate they’ve become to cling to power. Despite this delay, Democrats will continue to champion non-partisan redistricting reform to empower citizens and restore fairness to our election process.”

“I am proud that a dedicated group of Wisconsin citizens took this case all the way to the Supreme Court. Today’s ruling is not a victory for Republicans who gerrymandered our maps, but another step in our march toward democracy. It is beyond time we move non-partisan redistricting reform forward and end seven years of Republican gerrymandering.

“It is now up to the next Governor and legislature to take up non-partisan redistricting reform. Republicans have worked to preserve power and avoid accountability at every turn over the course of the last 7 years. This case has brought national attention to Wisconsin. Wisconsinites know that voters should choose their representatives, not the other way around.

“Wisconsin has a rich tradition of electing candidates and majorities from both parties.  In recent years, Republicans have denied voters the right to choose their representatives in order to suppress public opposition of their extreme agenda."

“The way the Wisconsin GOP has drawn our legislative maps has prevented many voters from being heard. This decision means it’s even more important that lawmakers act to adopt a non-partisan redistricting reform plan. Senate Democrats will continue to pursue a process that is fair to all citizens in Wisconsin. While the plaintiffs continue to make their case, the Legislature should pursue change now.”

“We continue to stand proud that a group of citizens came together and took a case all the way to Supreme Court. This is definitely not the end of the road.

“The lawyers are reviewing the decision, & the plaintiffs will examine their options. In the meantime, we will immediately focus on gaining more support for independent redistricting reform & passing legislation in the coming term to ensure next round of map-drawing is fair.”

Rick Esenberg, president and general counsel at the Wisconsin Institute for Law & Liberty

"Today, the United States Supreme Court vacated the lower court directing the Wisconsin legislature to redraw Assembly district maps. The Court did not dismiss the case; it remanded to give the plaintiffs an opportunity to show that they have suffered an individualized harm, i.e., that their districts were drawn in a way that diluted their vote.

"In that sense, it is fair to say - and many have been saying - that the Court punted. But that punt may well have pinned the plaintiffs deep inside their own territory. Here's the problem: the Court made clear that an individual's claim of vote dilution cannot be based on the fact that maps have been drawn in a way that diminishes the statewide prospects for that voter's preferred political party. The majority held that the plaintiffs interest "in their collective representation in the legislature,” and in influencing the legislature’s overall “composition and policymaking” does not constitute "an individual and personal injury of the kind required for Article III stand­ing.

"If that's true, then plaintiffs are going to have to show some constitutional violation in the drawing of their individual district and that harm cannot be inferred from a statewide impact. While Justice Kagan's decision suggests that demonstrating that another set of statewide maps would have resulted in more "balanced" districts might do the trick, conferring standing on plaintiffs whose districts "could be" made more competitive, Chief Justice Roberts decision suggests otherwise. The Court punted, but it may have hit the coffin corner."

“The Supreme Court missed an opportunity today to lay down a firm marker as to when partisan gerrymandering is so extreme that it violates the constitutional rights of voters. But the court permitted lawsuits against unfair maps to continue. Cases around the country — including our challenge to Ohio’s gerrymandered congressional map — will remain ongoing to ensure that voters’ voices are heard.”

Jay Heck, executive director of Common Cause in Wisconsin

"Today, the U.S. Supreme Court today did not to address the unconstitutionality of one of the most partisan gerrymanders of state legislative districts (2011) in American history, but we remain hopeful that standing can be addressed and we can win justice in the courts. We even more urgently renew our call on the Wisconsin Legislature to replace this broken system with a transparent, non-partisan process modeled after our neighbor, Iowa, in time for the 2021 redistricting cycle, if not before."

“I am hugely disappointed the Supreme Court dismissed this case for lack of standing. I hope by returning this case to the district court that already ruled these maps unconstitutional, a remedy to finally allow voters to elect their representatives and not the other way around, will be found.

“Today’s opinion makes it clear that elections have consequences and the need for non-partisan redistricting reform is as important as ever. Time to get to work.”

"In deciding to avoid making the ultimate decision on whether the redistricting was constitutional or not, the Court kicked the can down the road. It’s clear the redistricting plan put in place by the Republican majority is a blatant attempt to tilt the scales in their favor."

"The keystone of our democracy is holding the power to choose our representatives - not the other way around.  The U.S. Supreme Court's delayed decision on fair voting maps is disappointing, but not the end of the fight.

"Governor Walker and Wisconsin's state government could solve this problem tomorrow by instituting an independent commission to re-draw fair legislative districts - but unfortunately, they lack the desire to promote fair elections in Wisconsin."

"I am disappointed the Supreme Court decided, at least for now, to allow politicians to continue artificially protecting their power with extreme partisan gerrymandering. Still, it is clear the public is on the side of fair maps. They believe voters should choose their elected leaders, not the other way around. While the fight for fair maps goes on in the courts, we can act as a state to put an end to this anti-democratic process. Republicans must join Democrats in reforming this broken system legislatively by delegating it to an independent, nonpartisan commission. Democrats have introduced legislation that would accomplish this, and we should ensure this bill is passed and implemented in time for the next round of redistricting in 2021."

“This November, we will hold an election with one of the most gerrymandered maps in the country, but despite today’s decision, the fight for fairer elections is far from over. Republicans have made significant efforts to pick and choose their voters, including spending millions in taxpayer dollars, and they must be held accountable. Democrats will continue to push for a non-partisan way to draw our district maps. We must continue to stand up for the disenfranchised.”