Less than half of Americans belong to houses of worship

Gallup found that even Americans who say that are religious have become less likely to join a church, synagogue or mosque.

WASHINGTON - For the first time since the late 1930s, less than half of Americans say they belong to a church, synagogue or mosque, according to a new Gallup poll released this week.

Gallup, which has reported a decline in church membership over the past 20 years, found the trend continued in 2020 with 47% of Americans saying they belonged to a house of worship. That figure stood at 50% in 2018 and 70% in 1999.

The polling giant has been measuring church membership since 1937 when nearly three-quarters of the population (73%) reported membership in a house of worship. For much of that time, membership remained at about 70% but began to decline after 1999.

By the late 2000s, membership had dropped to about 62% and has continued to fall. 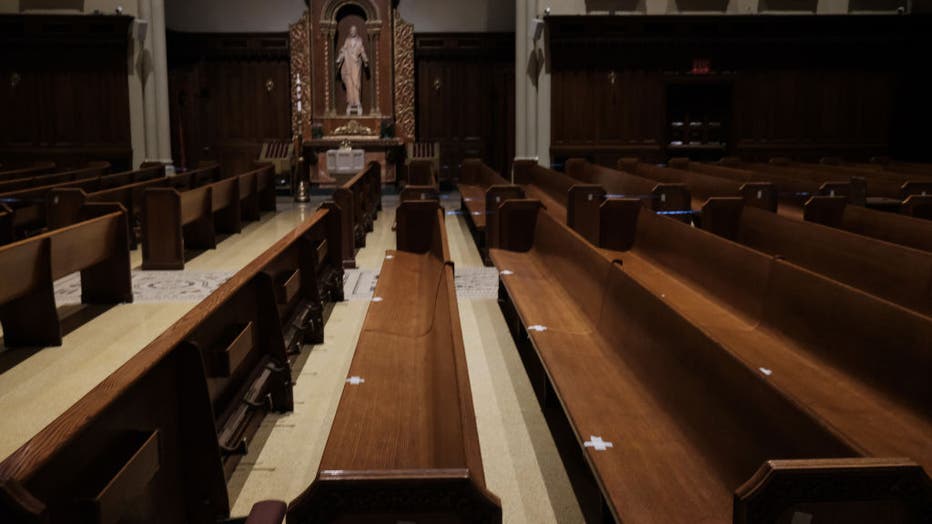 FILE - Empty pews are marked for spacing in a Manhattan church on Nov. 27, 2020 in New York City. (Photo by Spencer Platt/Getty Images)

The findings come from a survey of more than 6,000 U.S. adults. Gallup says the decline in church membership is linked to an increase in Americans who have no religious preference.

Gallup also cited generational differences for the change in church membership, saying it was found to be "strongly correlated with age." It found that some 66% of U.S. adults born before 1946 belong to a church, a figure that has dropped 11 points since 2000.

Roughly 58% of baby boomers belong to a church, compared to 50% of those in Generation X and 36% of millennials.  Gallup added that the limited data available among the portion of Generation Z that has reached adulthood so far is comparable to millennials.

Pastor urges Americans to donate stimulus checks to his church

Using #PastorSpellStimulusChallenge, Pastor Tony Spell is asking members of his congregation and other Americans to donate the stimulus money they received from the federal government to his church's fund designated to help evangelists, missionaries, and music ministers.

The gap between those who believe in a specific religion and those who are actually active members of a congregation is likely to prove a challenge for churches, Gallup said, adding that the decline in membership is likely to continue.

"Churches are only as strong as their membership and are dependent on their members for financial support and service to keep operating," said the report. "Because it is unlikely that people who do not have a religious preference will become church members, the challenge for church leaders is to encourage those who do affiliate with a specific faith to become formal, and active, church members."

An Indiana church congregation is paying off $7.8 million in medical debt for approximately 5,940 families, the congregation said in press release last week.

A Gallup study in 2017 found that churchgoers cited sermons as the primary reason for attending. A majority also said spiritual programs for children and teenagers, community outreach and volunteer opportunities, and dynamic leaders were also factors in their attendance.

"A focus on some of these factors may also help local church leaders encourage people who share their faith to join their church," the report concluded.