WASHINGTON -- Since the start of the novel coronavirus pandemic, health experts have provided different responses to the question of when, and if, a widespread coronavirus vaccine will be available to the public. In the interim, remdesivir has been used as a treatment option for many COVID-19 patients with severe symptoms.

And it looks like the United States has secured all of the world’s supply.

According to The Guardian, the U.S. has purchased “virtually all the stocks for the next three months” for the Gilead Sciences-manufactured drug, with the country prepared to outbid any other nation.

The Trump administration has purchased more than 500,000 doses of the drug, according to The Guardian — all of Gilead’s July quantities available and 90% of doses available for August and September. 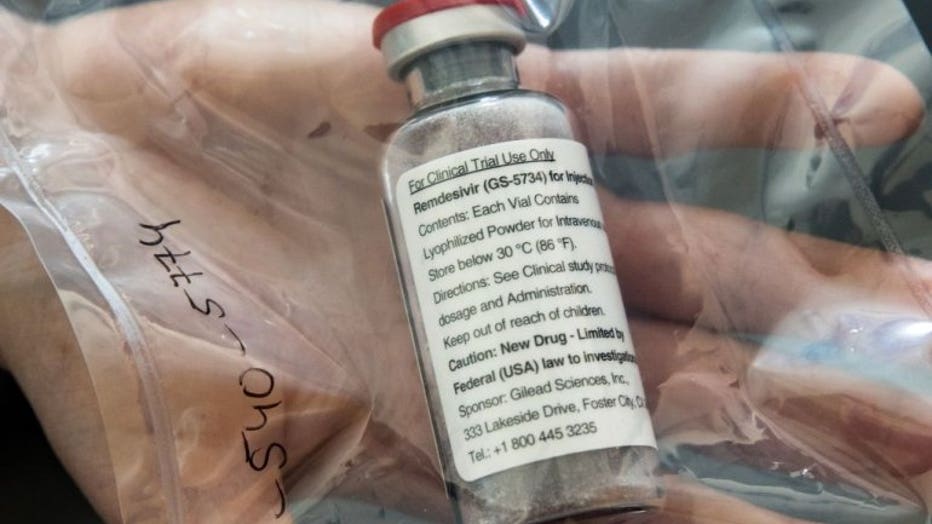 Remdesivir has been frequently discussed as a potential treatment option for individuals with severe COVID-19 symptoms.

During the previously daily White House Coronavirus Task Force Press Briefings in previous months, President Donald Trump touted the efficacy of both remdesivir and hydroxychloroquine, the latter of which President Trump said he was taking personally.

Hydroxychloroquine and chloroquine, though, had its emergency use authorization rescinded by the FDA earlier in June.

British scientists, meanwhile, found positive benefits from the steroid dexamethasone in treating severely-ill COVID-19 patients, although health officials in the U.S. are still awaiting further data on its efficacy.

As of July 1, only one coronavirus vaccine candidate had been approved for limited use. Three were still in the large-scale efficacy test phase, while nine were in expanded safety trials, according to the New York Times.

But even if a widespread coronavirus vaccine does become available in the near future, there are concerns over whether it will help achieve herd immunity, as anti-vaxxers and other groups may refuse to take it.

“That’s one of the reasons why we have to make sure we engage the community as we’re doing now,” Dr. Anthony Fauci said in a recent interview, “to get community people to help us, for people to understand that we are doing everything we can to show that it’s safe and that it’s effective, and it’s for the good of them as individuals and in society to take the vaccine.”