MILWAUKEE -- Milwaukee police tell FOX6 News they have recovered the car suspected of being involved in an incident that led to a contractor being injured. The vehicle is now being processed for evidence -- but no arrest has been made at this point.

Rob Binter is the contractor who was run over by a vehicle he was pursuing on the morning of February 1st. This, after $700 worth of tools were stolen from his truck while he was at a job site on Milwaukee's south side.

After pursuing the suspect's vehicle for several blocks, surveillance video caught Binter and the corralled car. What the edited video does not show is the vehicle striking Binter, and leaving his bloodied body lying in the street.

Binter was hospitalized. He is now recovering at home from two jaw fractures and a fractured skull. 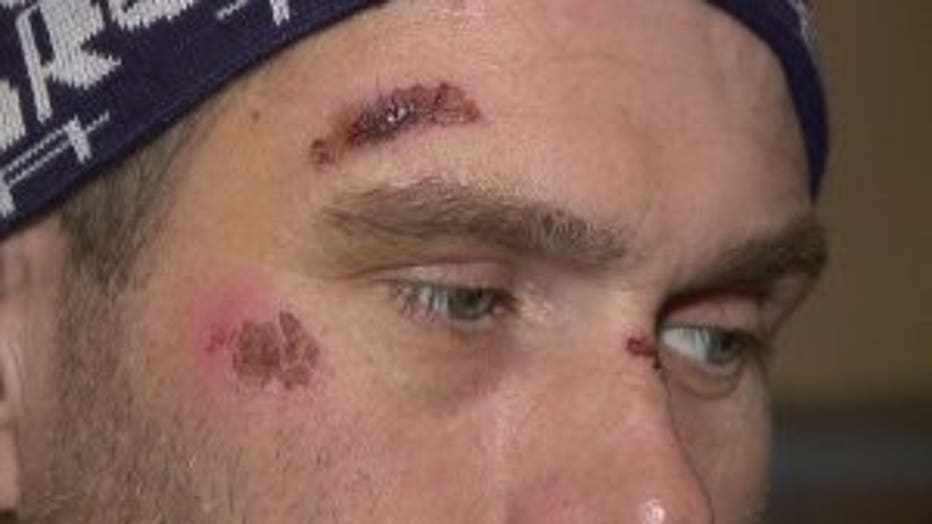 FOX6 News spoke with Binter last weekend. He said while he wants the thief caught, he simply does not have the energy to do anything other than recover. And thank the legions of family and friends who are helping him during his greatest time of need.

"That's just been insane, you know, the amount of people that have reached out and contacted me and wished for me to get better," said Binter.