PORT WASHINGTON -- The principal of Port Washington High School shared with FOX6 News on Monday, Feb. 18 a hand-written letter the principal said was delivered by hand on Monday to Nicolet High School star athlete Jalen Johnson, after an incident at a basketball game on the evening of Feb. 13.

Port Washington High School Principal Eric Burke said in a statement: "In addition to the school apology issued last week, some of the leaders of our student cheering section felt it was important that they, too, issue an apology." 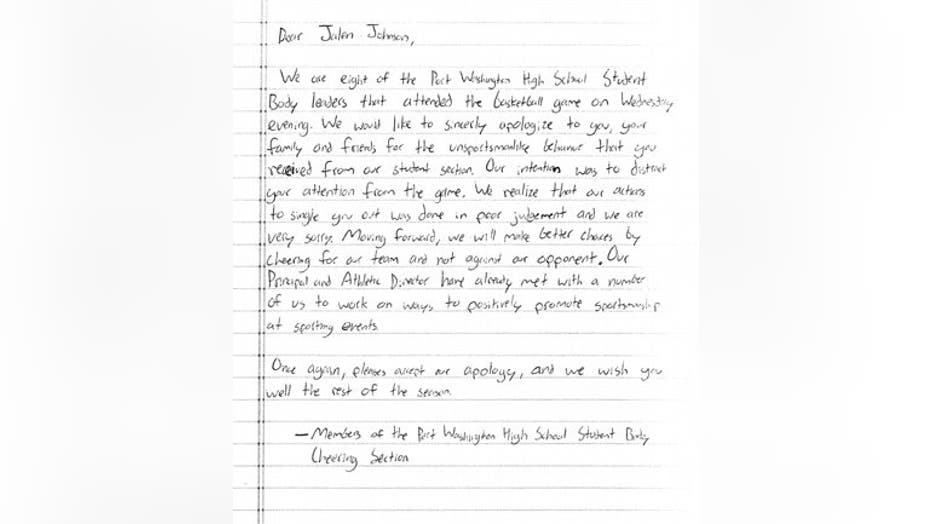 The letter to Nicolet's Jalen Johnson from the Port Washington students reads as follows:

We are eight of the Port Washington High School student body leaders that attended the basketball game on Wednesday evening. We would like to sincerely apologize to you, your family and friends for the unsportsmanlike behavior that you received from our student section. Our intention was to distract your attention from the game. We realize that our actions to single you out was done in poor judgement, and we are very sorry. Moving forward, we will make better choices by cheering for our team and not against our opponent. Our principal and athletic director have already met with a number of us to work on ways to positively promote sportsmanship at sporting events.

Once again, please accept our apology, and we wish you well the rest of the season.

School leaders launched an investigation after Johnson, a Nicolet recruit, was seen on posters displayed during a Port Washington High School vs. Nicolet basketball game on Feb. 13.

FOX6 News was tagged in photos from the incident on Twitter. While some called the signs racist, one member of the community said they were just a game time distraction.

Officials at Nicolet confirmed Johnson was wearing a charcoal facial mask, and the photo was taken from his Instagram account. The Port Washington principal said a parent printed them, and students held them up when Johnson went to the free throw line. 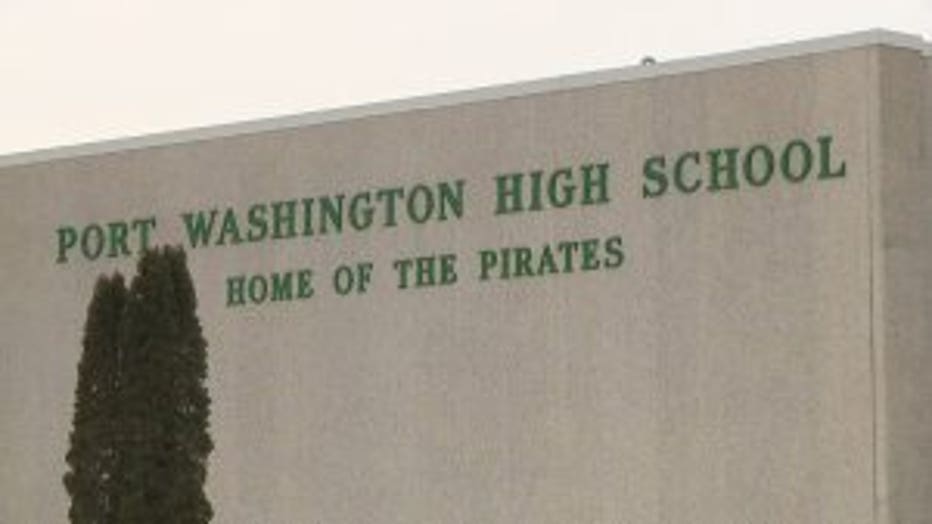 "On behalf of all of us at the Port Washington Saukville School District, we want to express our strong disappointment for the display of the entirely unacceptable signs at Wednesday’s boys varsity basketball game against Nicolet High School.  The signs can be viewed by some as racist, and are just plain wrong.  As soon as school officials saw them, the signs were taken down.

It is also extremely disappointing that a parent was involved in printing the signs.  Even if nothing bad was intended, the conduct sends a bad message, intended or not.  We at the Port Washington-Saukville School District teach acceptance and respect, and this goes against the mission of our district to educate all students on the importance and value of respecting others.  This is an opportunity for all of us to learn to be more accepting of others and embrace our diversity.  This conduct can be viewed as harmful and hateful.  We condemn such behavior because this is not representative of the values of our District.

Our students have expressed an interest in apologizing to the Nicolet student-athlete and the Nicolet fans for last night’s incident.  We are glad that our students feel that way because they should know that these actions were wrong and that there are consequences to this harmful behavior.  We hope this incident can serve as a teaching moment for students and the entire school community on the effects and lasting impact of inappropriate conduct.

We continue to investigate this incident and gather more facts.  At this time, one student has been suspended in connection with this conduct.  As the investigation continues, we will determine if other appropriate consequences are needed.  One thing that is needed is for all of us to have a better understanding of the world around us and to respect the fact that we are all different.”

I cannot speak to the motivation or intent the Port Washington students had in displaying this photo, whether a harmless skin-care prank or a more deeply troubling, racially motivated scenario.

I can attest, however, to the fact that Jalen is more than a tremendous athlete: he is a fine, upstanding young man and deserves to be treated with respect and courtesy by all students and people, no matter what bench they are rooting for. 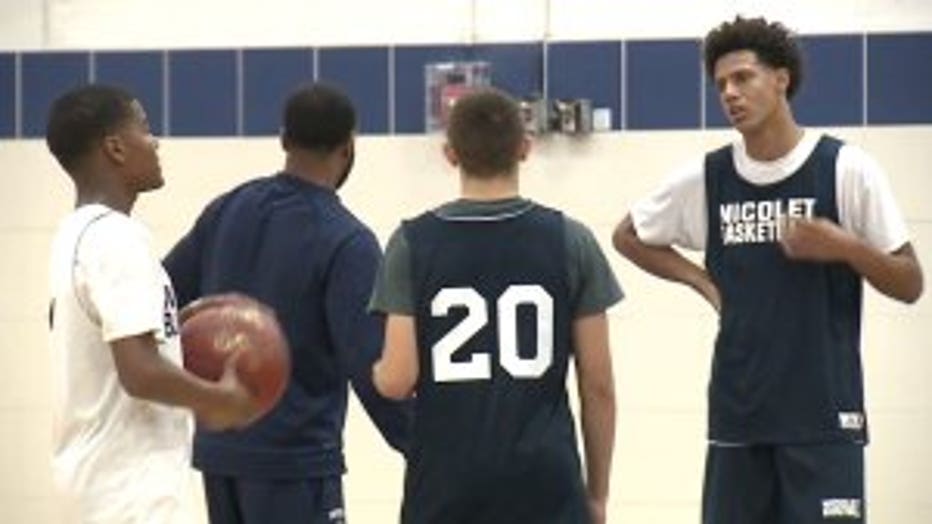 "We understand the sensitivity that may be associated with this situation. Our involvement is making sure our members are aware of a concern brought to our attention. We are willing and available to assist our members if our help is requested.

The membership Handbook clearly states the responsibility to address the membership’s sportsmanship expectations or a school’s code of conduct lies with local school administration."

At least one community member stood up for the Port Washington students. He was at the game, and said the pictures were intended to distract Johnson -- nothing more.

"Strictly 100 percent to try and get a dominant athlete, get in his head a little bit and try to give us a little bit of an advantage," he said.

One Port Washington student was suspended.