FOND DU LAC COUNTY -- The death of "Jane Doe" is a cold case with few clues, and no leads. A young woman is identified by numbers in a national database by her DNA and her dental records, but her past is unknown, and her death remains a mystery. "Jane Doe's" death is being investigated as a homicide, but before the case can be solved, one question has to be answered: who is she?

Deer hunters discovered Jane Doe's body frozen in a creek on November 23, 2008. The hunters reported seeing two legs and a midsection, and that was it. Detectives arrived and chopped the ice several inches away from her body - basically making a sort of chalk outline. An autopsy was done, and it was determined Jane Doe was in an advanced stage of decomposition and basically encased in ice. That's when the mystery began.

More than three years later, after loads of leads and dozens of dead ends, investigators admit they're stuck. What they know is overshadowed by what they don't know, and the facts of the case fuel more questions than they answer.

Jane Doe's body was found in a small creek on an abandoned farm in southern Fond du Lac County. From the Mayville/Kewaskum exit off of Highway 41, it's one of the first remote areas you'd encounter. It's also a mile and a half up the road from an adult video store, but Jane Doe doesn't appear in the store surveillance tapes. 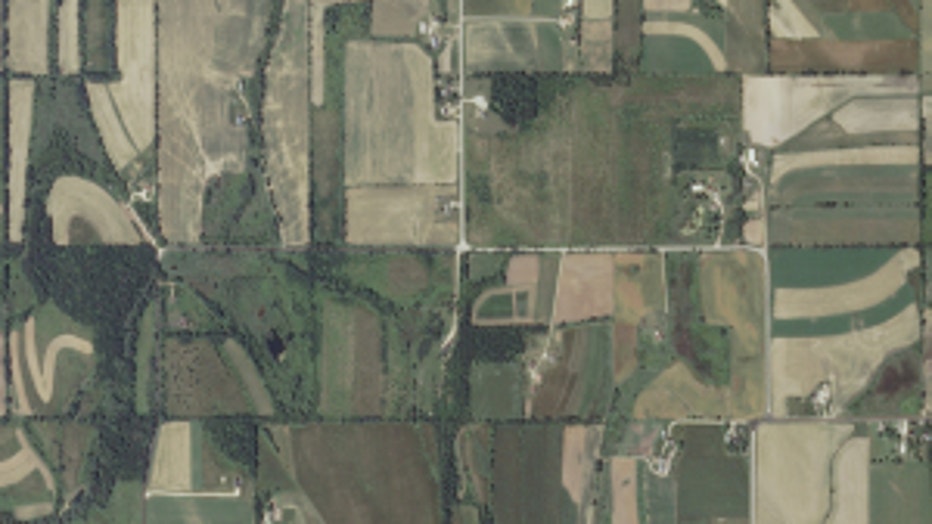 An aerial photo obtained by FOX6 News from the federal government shows what the farm looked like just weeks before Jane Doe's body was discovered. The creek where she was found crosses under the tree-lined driveway, 500 feet from the road. Investigators believe she was dumped there for a reason, but it is unclear whether the person who did it knew the farm was abandoned, or whether it was just the first convenient spot. What investigators do know is that Jane Doe didn't get there by herself, and this is not a suicide.

Forensic entomologist Neal Haskell analyzed insects found within Jane Doe's body. By correlating different species with weather data, Haskell determined her body had been decomposing for two to four months before it was found. "Normally, we don't get bodies with insects frozen in water," Haskell said.

That means Jane Doe had been dumped in July, August or September of 2008. That time frame was reinforced by something found at the scene.

After Jane Doe had been extracted from the ice, her body was brought to the Fond du Lac County Medical Examiner's Office. Water and time had taken away many details. "She was quite decomposed when she came in. There's a chemical change with the soft tissues called adopecere, which we had to deal with. It replaces the soft tissue," the Fond du Lac County Medical Examiner said.

This means any wounds, scars, tattoos or piercings she may have had were gone. Whether she had any is unknown. However, her remains revealed other clues. She was probably white or Hispanic, but Native American or Asian American cannot be ruled out. She could have been biracial. All investigators know is she was not African American.

Based on Jane Doe's bones, it is believed she was between 15 and 20 years old - a young woman born between 1987 and 1993. Her bones also show she was a bit pigeon-toed or knock-kneed - enough that it may have been noticeable when she walked.

Investigators say Jane Doe's hair was pretty well preserved. "There was some alternation in the shade of brown, so she may have had highlights," the Fond du Lac County Medical Examiner said.

Her skull and autopsy photos were sent to the National Center For Missing and Exploited Children in Virginia. Using a CT Scan of her skull, and tissue-depth markers for her estimated age and ancestry, they were able to rebuild an estimate of what the time and water had taken away - giving Jane Doe a face.

However, when this same process was done with other images of people sketched from their skulls - matched with a picture of the person it turned out to be, there are dramatic differences. In one case, the actual picture of a boy shows that he is not Hispanic, as the sketch implies. Certain features may be more accurate through this process than the image as a whole, and in Jane Doe's case, one feature stands out.

Joe Mullins noticed, when studying Jane Doe's skull, that she had an overbite - not an extreme one, but enough that it may have been noticeable. "It could be something that helps people spark that recognition," Mullins said. Jane Doe also had sealants on four upper molars, four fillings on her lower molars, and her x-rays reveal she had no current cavities. 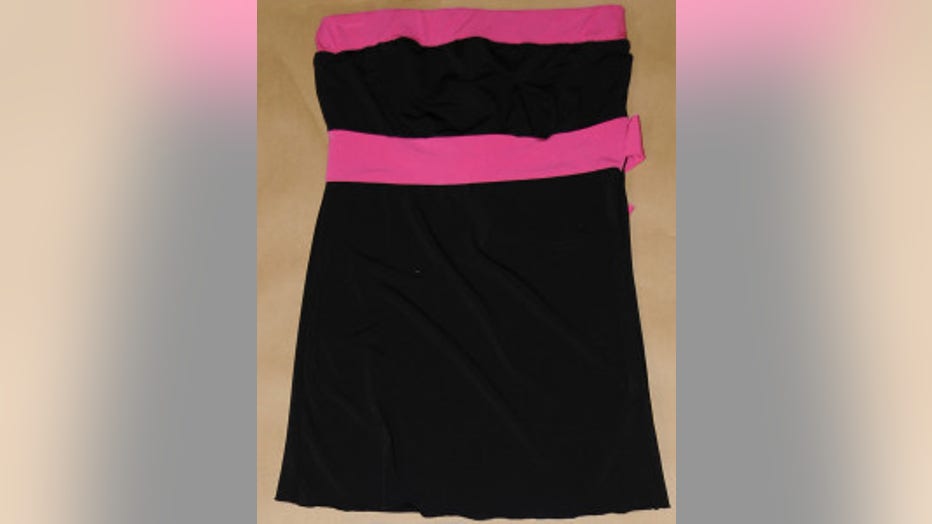 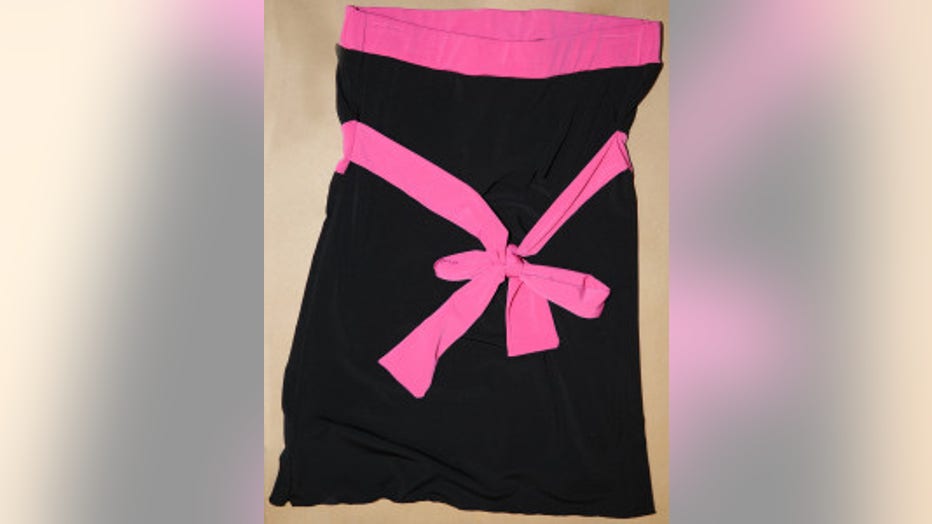 Investigators say this reveals she was cared for, and another clue that indicates this - her clothing was fairly new: a black tube top with pink across the top, and a pink band below the breast with a pink bow in the back. It was sold at Family Dollar stores starting in the Spring of 2008.

FOX6 News spoke with the exclusive importer of the bra and panty set she was wearing, and only one shipment was sent to Family Dollar on July 1st, 2008. Within two weeks, it was for sale in the stores.

This indicates that at some point between mid-July and when she died, she either bought, stole or was given a bra and panty set from Family Dollar.

The jeans she was wearing were Angels brand, that could have been purchased at Kohl's. Her pants were rolled up and she was found with no socks or shoes. Perhaps, since it was warm out when she died, she'd been wearing sandals.

The size of Jane Doe's clothing is a conundrum. The bra is a 36C, but the top was a small. The panties were a large, but the jeans were size three. Investigators have struggled to make sense of the disparity.

Equally puzzling, Jane Doe wore no jewelry, just an elastic ponytail band around her wrist. FOX6 wondered whether, with decomposition, her jewelry had fallen off, if she was wearing any at all. FOX6 brought expert metal detector, Paul Humphries to the scene, and the search uncovered one item of interest - a St. Benedict medal about the size of a penny. Corrosion experts were unable to tell how long it had been in the water. It could have belonged to Jane Doe, but could have been someone elses. 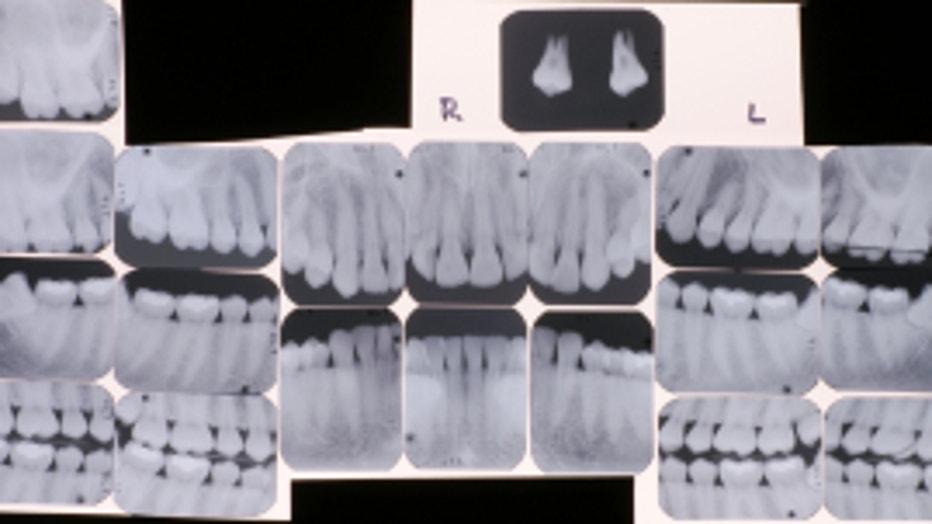 Jane Doe's dental chart and DNA have been entered into every relevant database, and her sketch has been made available to media across the country. Dozens of leads have come in, and investigators track these leads on a spreadsheet. The FBI's Violent Criminal Apprehension Program developed a lead - a potential offender with ties to Wisconsin, and a young woman who had disappeared in July of 2008, but when they ran the DNA it was negative.

So who is Jane Doe? What events led up to her death? When will the clue come? Investigators say, they remain frustrated with this case. If you have any information that may help investigators, or if you believe you may know who this woman is, you're asked to call 920-929-3388.

Investigators don't know how Jane Doe died - whether it was a drug overdose, a murder, or something else. They were able to perform toxicology tests using muscle tissue, and aren't releasing the results of those tests, but insist they still do not know the cause of death in this case.