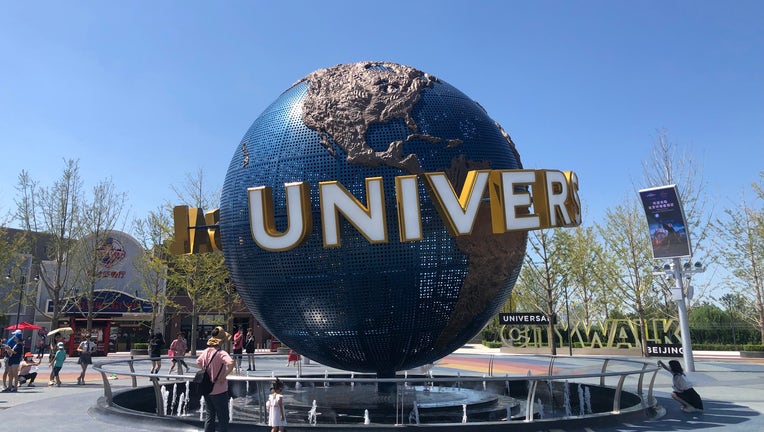 BEIJING, CHINA - AUGUST 26: People visit the Universal Beijing Resort on August 26, 2021 in Beijing, China. The resort will make a trial operation from September 1 since the three-month internal stress test is near the end. (Photo by Lang Jiahui/Chin

BEIJING - Universal Studios announced Monday, Aug. 30 that its first theme park in China will open in the country's capital in September.

The company set the opening date for Sept. 20, according to a statement and video posted on the Chinese social media site WeChat.

Under construction since 2016, the theme park has received strong backing from Beijing authorities, including the extension of one of the city’s main subway lines to the site.

Along with rides, shows, restaurants and exhibits, the resort features a pair of hotels. The project will complement Universal’s other two Asian parks in Japan and Singapore.

The Harry Potter, Jurassic Park and Kung Fu Panda film franchises feature heavily, along with the Minions from the "Despicable Me" movies.

Beijing's historic sites have long drawn tourists. The coronavirus pandemic curtailed a rapidly growing demand for domestic travel and tourism, but new cases of domestic transmission have been falling, feeding optimism in the tourism sector.