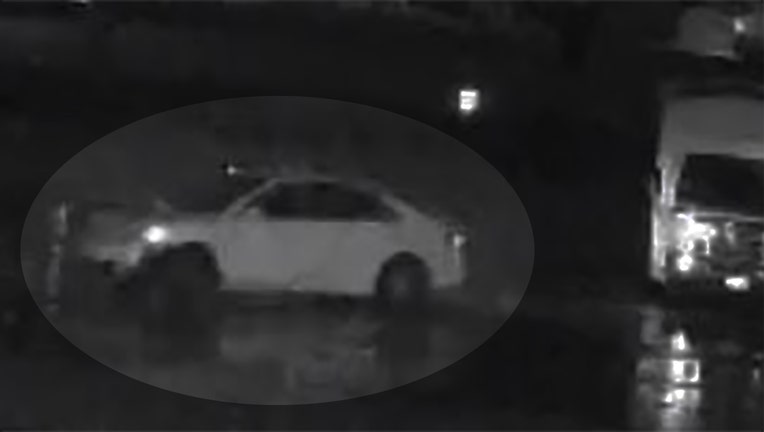 Evidence suggests the September incidents, in which a total of eight catalytic converters were stolen, may be related.

On Sept. 22, the sheriff's office received a report that four catalytic converters had been stolen on Durand Avenue near Haag Drive – just west of Union Grove.

There was no surveillance footage of that incident, but the sheriff's office said evidence suggests it was related to another incident reported less than a week later.

Roughly one mile from the previously reported theft, four more catalytic converters were stolen from the area of 11th and York in Union Grove.

The sheriff's office said a complainant reported the thefts on Monday, Sept. 27. However, surveillance showed a suspect vehicle in the area around 9 p.m. on Saturday, Sept. 24.

In that footage, the sheriff's office said, the suspect vehicle left after about 25 minutes. The "shadow of a person" moving around the car was seen. The car appears to be a white Toyota Camry that may be missing part of its front bumper.